She is the first Saudi woman to do so - congrats Atawef Al Sahoo! 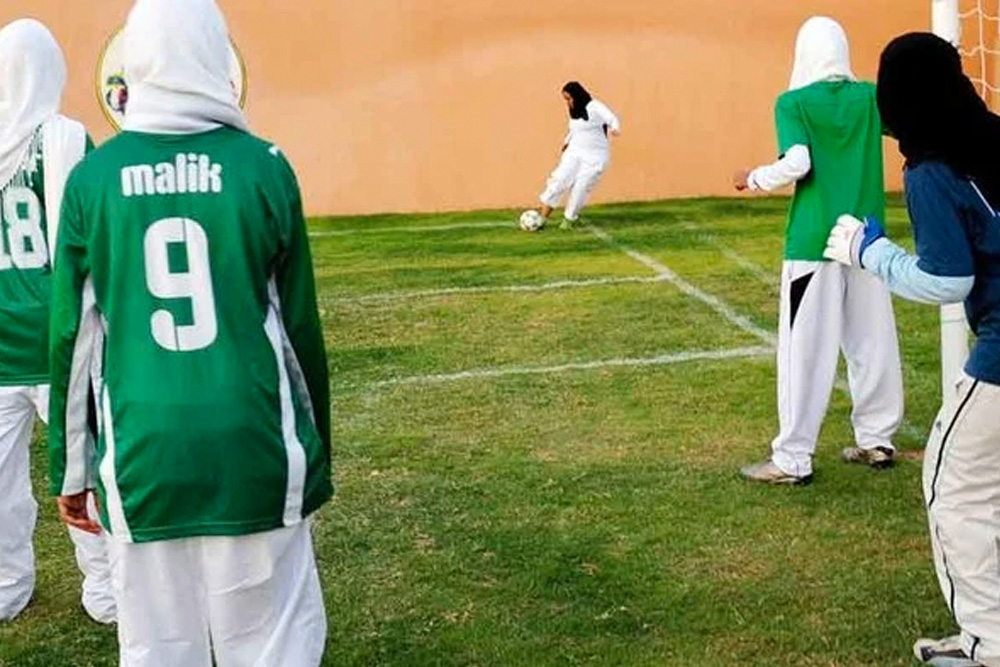 With Vision 2030 as a focus, the Saudi sports scene is becoming more inclusive of women and this is why we should all know the name, Awatef Al Sahoo. An avid sports fan, she went on to co-chair an all-male Saudi football club, and is now hoping to become the president.

This is a historic move for the kingdom’s sporting scene and one that will have Awatef’s name in its history books forever. Al Sahoo is the first Saudi woman ever to present her candidacy to run for president of Al-Qalaa Football Club in Al Jouf.

Presenting her candidacy papers to the football club’s board of directors in early September, Awatef aims to establish a women’s sports council to for Saudi Arabia’s sporting community and hopes to be accepted as a respected member.

Awatef Al-Sahoo is now the first Saudi woman to run for the presidency of a sports club, presenting her presidency application for Al-Qalaa FC in Al-Jouf.

“My success in the next elections is the success of all ambitious Saudi women...," she said. pic.twitter.com/tKdGbzdVaZ

Speaking to Arab News about her reasons for running for president, she touches on her strong belief that women hold an important role in society and that female athletes can create integration and equality, whilst also becoming positive role models for the future of women in sport.

Supported by her family, Awatef is also wife to athlete, Ahmed Al Sahoo, who introduced her to the world sports and competitions, which all contributed to her wanting to run for president. She said, “My home turned into a management center for the club and its affairs, with Al-Qalaa FC becoming a second home that is valued and supported with all their effort.” Unafraid of losing the presidency, she added, “by exercising my right to vote, establish a community sports channel capable of developing society in a cultural, social and civilized way, in accordance with the highest standards and modern technology that indicate success and excellence, is what I’m aiming for.”

From @SkaterMalak to @DrAKomsany, these determined Saudi women are inspiring a whole new generation of athletes. pic.twitter.com/IXhQHUyC4O

Al Sahoo has been making waves on social media as people refer her nomination as “brave and influential,” and are calling her a leader and an example to Arab women. Awatef told Arab News, “My success in the next elections is the success of all ambitious Saudi women who would like to show the world who they are, what they can give and who have fought in order to achieve these historical moments that will be positively registered in the march of Saudi women who have entered all domains courageously.”

Ahmed Al-Sahoo, her husband, who was previously president at Al-Qalaa Football Club and also encourages women to participate in and take up sporting careers, stated, that “her nomination is a wish she has been eagerly awaiting. She is a leading figure who carries Al-Jouf citizens’ hopes and ambitions, and her loss in the elections will be a loss for all ambitious women from her generation.”