The Jordanian royal known for her iconic style is a source of “inspiration and power” for the Saudi designer. 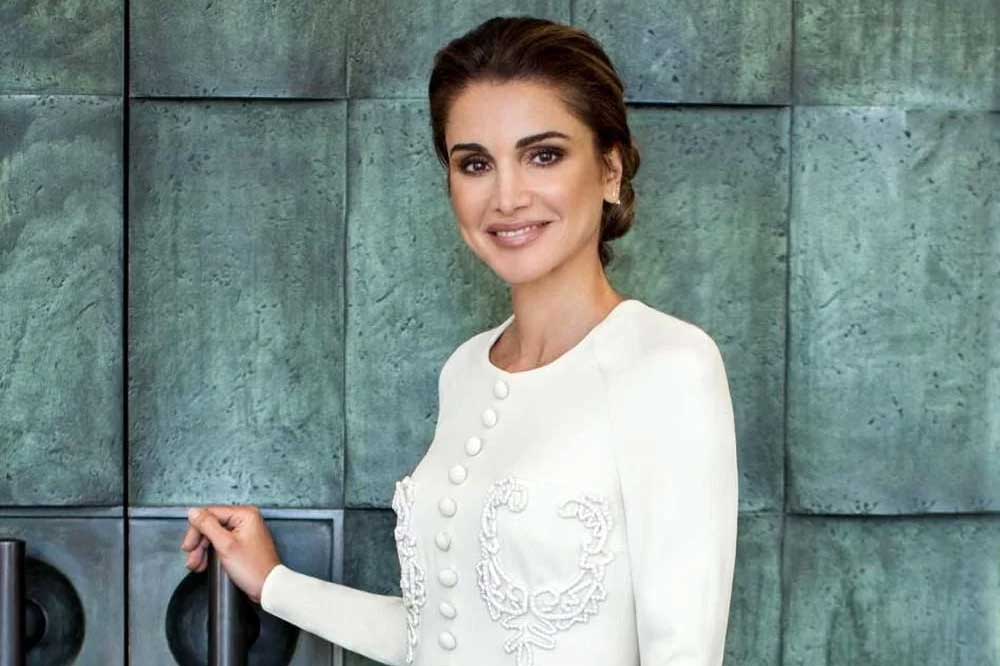 He recently made headlines for being championed by music royalty and now Mohammed Ashi is making waves once again for dressing Queen Rania of Jordan. In one of the portraits marking her 50th birthday, which falls on August 31, the mother-of-four opted for a long-sleeved crepe gown by Ashi Studio, the label the Saudi designer launched in Beirut in 2007.

In the relaxed snap, the elegant royal poses in the white button-fronted creation featuring embroidery. According to the label’s website, the creative usually embraces embroidery to “capture the essence of luxury and tell fairy tales through every meticulously handcrafted design.” Queen Rania, who often supports labels from the region, is seen standing next to a teal-coloured door. Looking graceful and radiant, she teams the dress with silver stud earrings, while her hair is styled in a low bun.

“I am very honoured Her Majesty Queen Rania chose to wear this regal dress, which was designed to radiate power. I wish her Majesty a happy birthday," Ashi was quoted as saying on his label’s Instagram account.

The account with 833,000 followers also highlighted Queen Rania as one of the women who have been “inspiring change in this new challenging life that we are living in.” The designer, who seems to be based in Paris now, has been posting about a series of women who “embody grace and power for change in the world.”

It’s been a big year for the designer who is attached to his Arab roots yet inspired by different cultures. In her visual album “Black is King,” Beyonce is seen in a custom head-turning black feathered piece by Ashi, which reportedly took 70 hours of work. Ellie Goulding donning an elaborate floor-length golden gown from Ashi Studio’s spring / summer 2020 collection is another recent score for the designer who has been featured in the likes of "Vogue" and "Tatler."

“The gold dress represents getting to a place of ultimate power when you know you are in the most powerful place you can be when you have that kind of revaluation about love and forgiveness,"  the British singer-songwriter, who wore it in the clip for “Love I'm Given,” stated on Instagram.