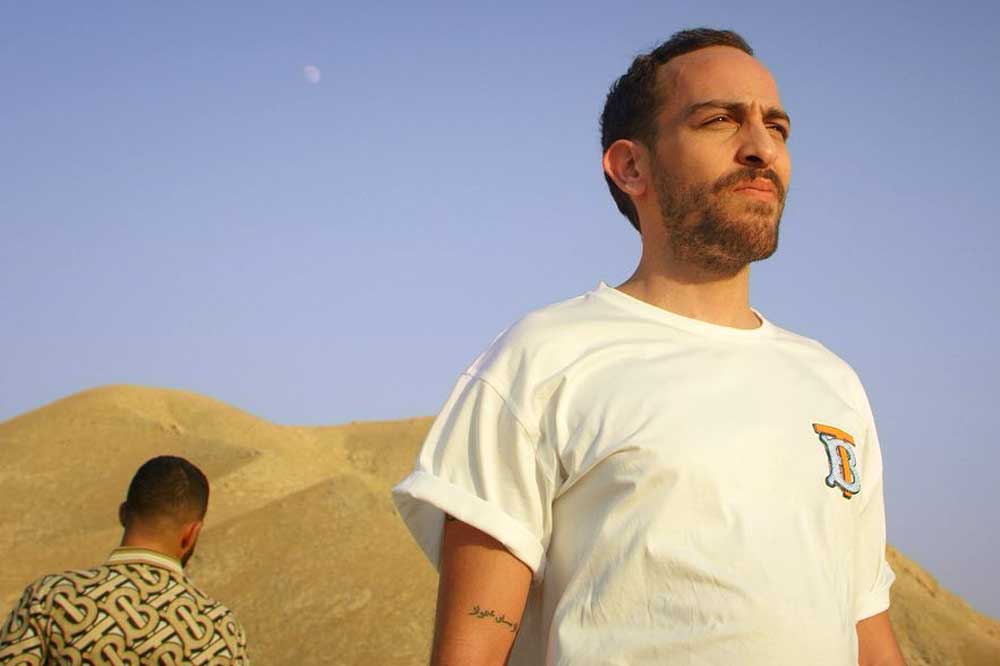 Ramallah-based rap group, BLTNM, have just starred in a new Burberry campaign. The trio, who first emerged on the contemporary music scene in 2016 have garnered loving fans and fame, recently shared clips from the luxury fashion ad campaign on their YouTube channel.

The videos show the group members, Al-Nather, Shabjdeed and Shabmouri wearing Burberry’s iconic new take on the TB logo on basic black and white tshirts, polos and a scarf. The new logo is the work of the most recent creative director, Riccardo Tisci, who also reimagined Givenchy before moving to the 164-year-old British label.

The campaign featuring BLTNM was shot in a desert and creatively directed by Ma3azaf, an online Arabic magazine dedicated to modern Arabic music. Working with Middle Eastern talents isn’t new to Burberry as Palestinian supermodel sisters, Gigi and Bella Hadid featured in the luxury brand’s spring 2020 campaign in February, in pieces Burberry is infamous for, including trench coats and evening wear.

Burberry also has a beauty division, and Palestinian-Syrian, Dubai based model, Lana Albeik was also featured in their beauty campaign alongside models Joanna Halpin, Georgia Palmer and Suki Sou.