Congratulations to this Al Ula gem! 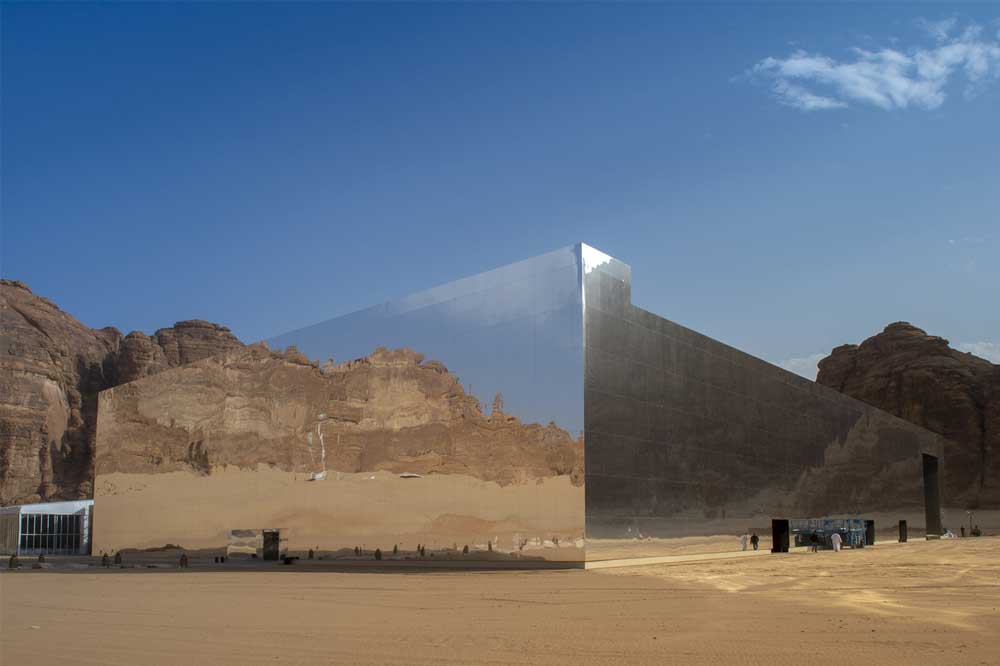 Our favorite concert hall in the Kingdom just earned itself a major architecture award. Located in AlUla in the northwest Saudi Arabia, entertainment venue Maraya Hall won the Architizer A+ Awards, which promotes the year’s finest architecture around the world.

Saudi Arabia's Maraya Hall, the stunning mirrored concert hall built in #AlUla, has won a prestigious Architizer A+ Award as one of the world's most marvelous structures. pic.twitter.com/Nrw2naG0i3

Hosted by a New York community, Architizer.com is a 7-million-plus online group of leading architects that consists of five peer-judged finalists, with one jury winner and one popular choice winner in each category.

The all-mirrored attraction took home the Architecture + Glass award category acing all criteria based on form, function, and impact. Maraya garnered the most public votes and was thus named the 2020 popular choice winner.

The stunning concert hall is currently closed for renovation and will re-open in late 2020 with an exciting lineup of festival events.

Andrea Bocelli performed what many felt was a beautiful and unforgettable show at Al Ula’s Maraya Concert Hall.https://t.co/ioBKb4CLc3

“It’s particularly gratifying to win the popular vote. Visitors are mesmerized by Maraya’s impact and the way it blends in so perfectly with its surroundings. Maraya has been conceived and designed in line with the RCU’s core values to develop AIUIa using a sensitive and responsible approach. AIUIa is a significant archaeological wonder and we look forward to welcoming the world when we reopen the sites,” said Philip Jones, chief destination management and marketing officer at the Royal Commission for AIUIa (RCU).

Andrea Bocelli moves the crowd while performing "If Only" wearing a Saudi ghutra in Al Ula's #WinterAtTantora.

In 2019, the 500-seat venue made rounds for winning the Guinness World Record for being the largest mirrored building in the world. The Saudi landmark is a standalone 26 meter high theater covered in 9,740 square meters of mirrors that reflect the natural landscape of AlUla.

The signature infinity room from renowned Japanese artist Yayoi Kusama’s has landed in Al Ula for #WinterInTantora. And it compliments the mirror-clad Maraya concert hall so well.https://t.co/lulqh6dLFi

According to Arab News, the venue is under renovation with plans to increase capacity, build a conference floor, ground-floor restaurant, a rooftop atop Ashar valley. Who’s excited for the reopening?