A monumental change in the history of pilgrimages in the Kingdom. 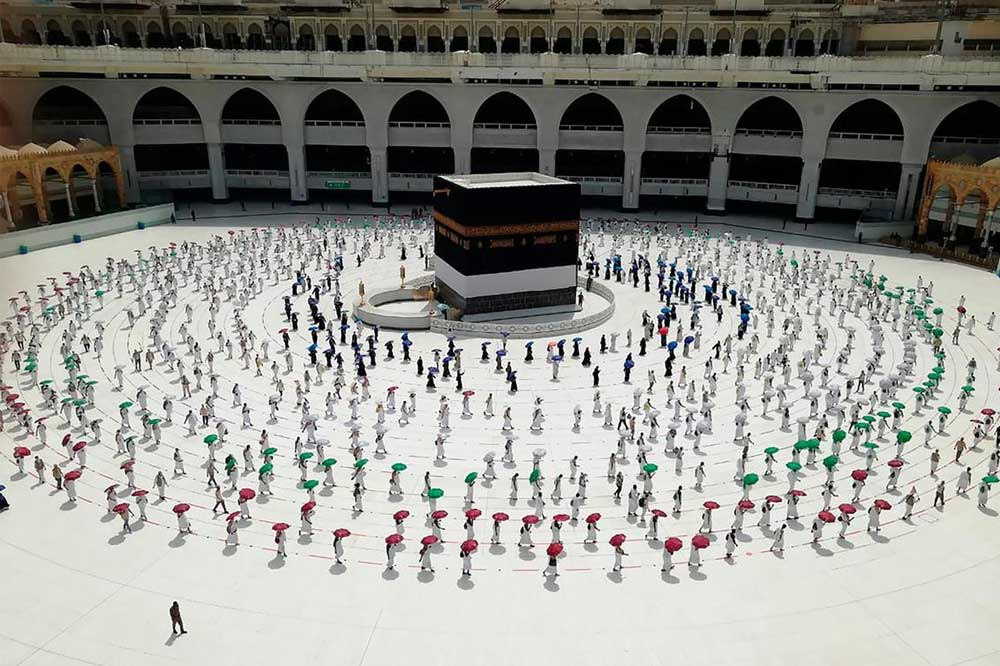 Social distancing restriction are not the only phenomenon to dawn upon Hajj  this year, Saudi women police officers have joined the security forces in Makkah for the first time ever.

“This is a source of pride and happiness for us. Hajj is a very busy season for us, unlike normal days," told fresh female graduate from police service training Afnan Abu Hussein to Al-Ekhbariya TV:

Under stringent safety rules, Hajj kicked off on July 29th from the Grand Mosque in Makkah. Precautions like drastically reducing number of pilgrims and insuring safe distances are closely followed to minimize the risk of Covid-19 spread. Usually, 2.5 million pilgrims march in Makkah, but the COVID-19 pandemic decreased the number to 1,000.

From 2 million people to around 1000, Saudi Arabia has taken the difficult but necessary decision to drastically curb the number of pilgrims performing Hajj in 2020.https://t.co/h96wCpTgys

“Each group of pilgrims has a leader to facilitate and control their movement in order to ensure social distancing. Moreover, each group is also accompanied by a health professional to monitor pilgrims’ health status and assist them when needed. We visited each pilgrim at their home and did an overall test for their health condition, and we monitored them on a daily basis until they safely arrived at their hotels in Makkah,” said Sari Asiri, director general of Hajj and Umrah affairs at the Ministry of Health, according to Arab News.

Saudi Public Security has been arresting violators of Hajj guidelines like entering holy sites without permission with fines up to SR10,000  ($2666).