Born to Race: Amna Al Qubaisi is a Beacon of Light 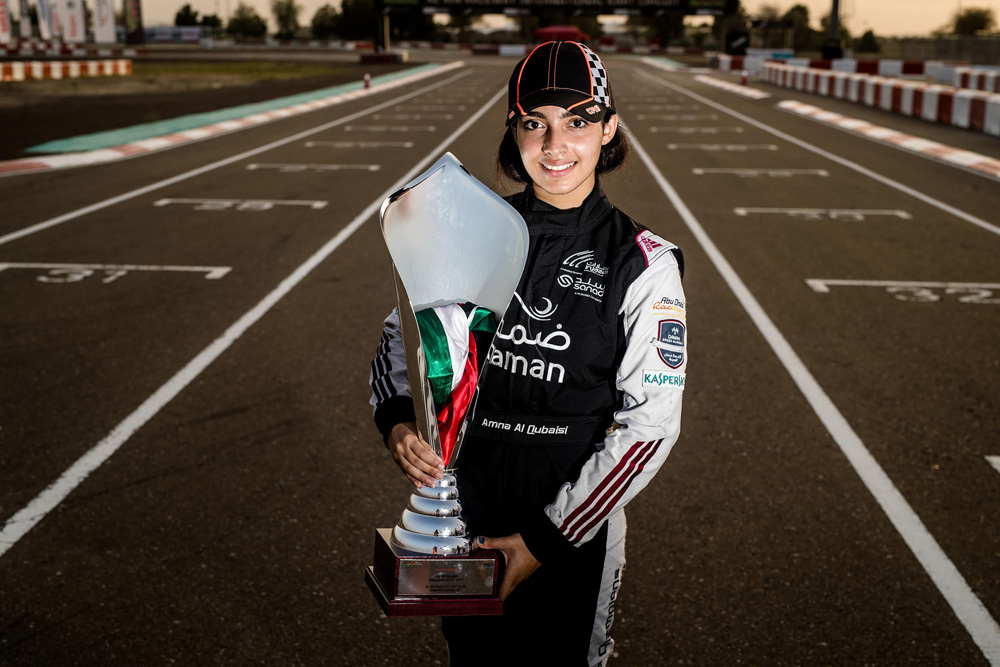 Seventeen-year-old racecar driver Amna Al Qubaisi is changing the world one race at time. This crazy-car young lady has landed a notable post of breaking down gender barriers in the male-dominated sport. She is a strong bright woman who has defied the odds to become the first Arab woman to compete among many talented racers at Formula 4 in Europe this upcoming season. The fierce auto racer has been the subject of debate during the onset of her trailblazing career.
Wassila Ayoub caught up with Amna Al Qubaisi to talk about her mission to dispel gender stereotypes and how she stays on top of her racing game.

Usually girls don’t participate in motorsports. How did you get into this sport?
My father was a big influence. My mother and siblings also played a role in terms of why I am in the sport. I always had encouragement at home, so I grew fond and took more interest within the sport. Then Daman Speed Academy knew that I had the talent, so they took me in and trained me. 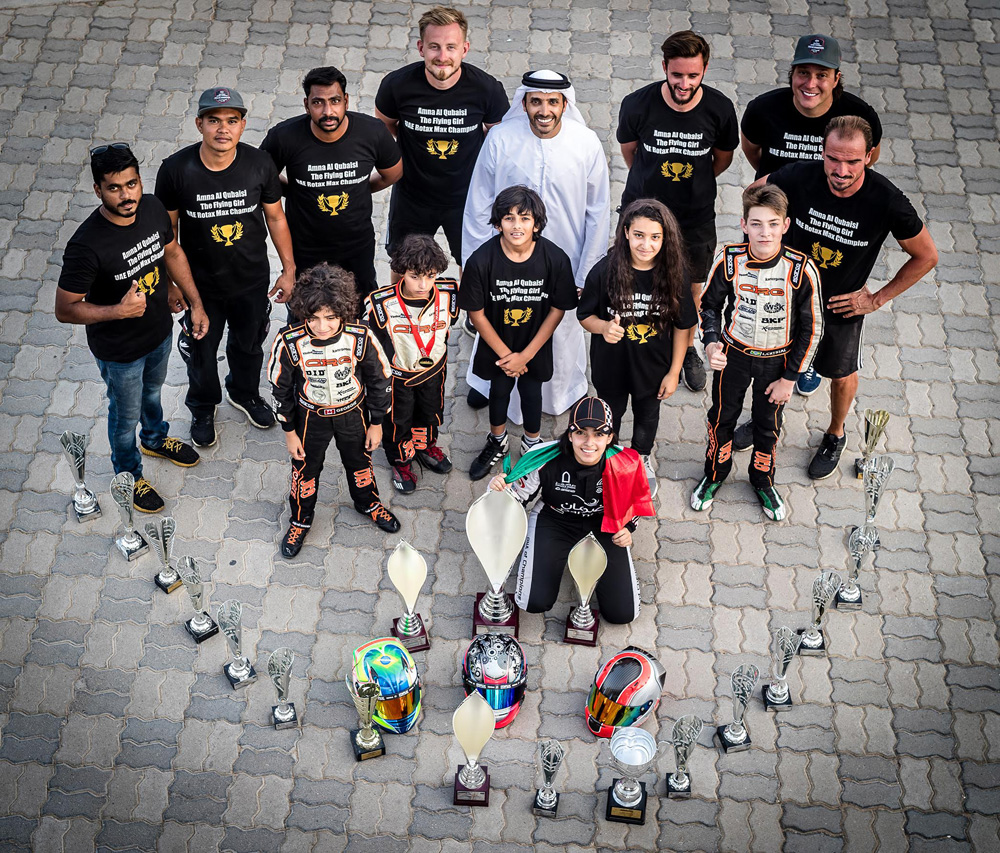 What’s your favorite part about racing?
My favorite part is traveling to different karts around the world. Actually, my favorite track is in Portugal. That’s where I had my first grand finals.

When speeding, your life is basically on the line. Does that ever scare you?
As I go faster, the thrill of speed overcomes the fear. It’s exciting to me. It doesn’t scare me at all.

How do you physically and mentally prepare to be a racecar driver?
Physically, I exercise a lot. I do everything from cardio to strength. Mentally, my mom plays a big part. She has always helped me mentally not just in racing but throughout my life. 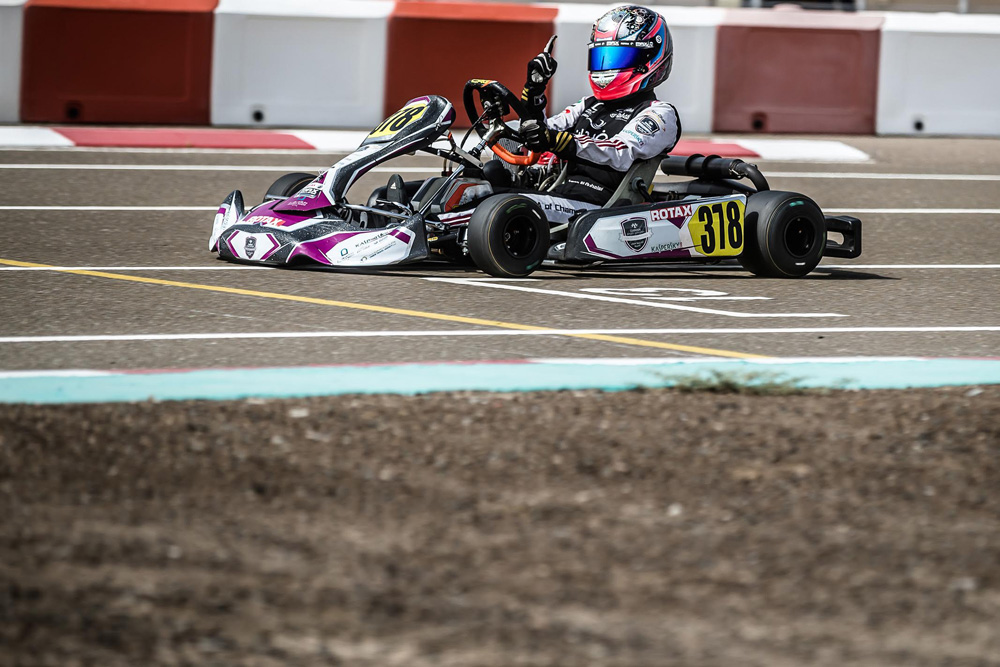 In order to pursue a career in auto racing, what essential characteristics should a racecar driver have?
The driver must be committed to the sport. You should put all your time, effort, and focus into it. It takes a lot of experience and time to also reach the level where you want to be.

Who is your favorite racecar driver? Why do you admire this driver?
My favorite will always be my dad. I admire my dad because he's the main reason why I took interest in motorsports. I admire how he gives me lessons from his experience.

Since your father is a racecar driver himself, what advice has he given to you from his experience?
The biggest lesson and advice he has given would be to remain calm. For example, if my car breaks down and I’m leading the race, my dad always tells me, just let it be. He tells me to be stoic and instead smile and move on. However, it’s easier said than done

Being in a male-dominated sport, what are some of the obstacles you’ve encountered? How do you stand in opposition to the stereotype that only men are interested in cars and racing?
I've been underestimated a lot due to my gender. I won the championship that said I've beaten all of the boys on grid. I've proved that I am capable of being as good as a male driver and maybe even better. 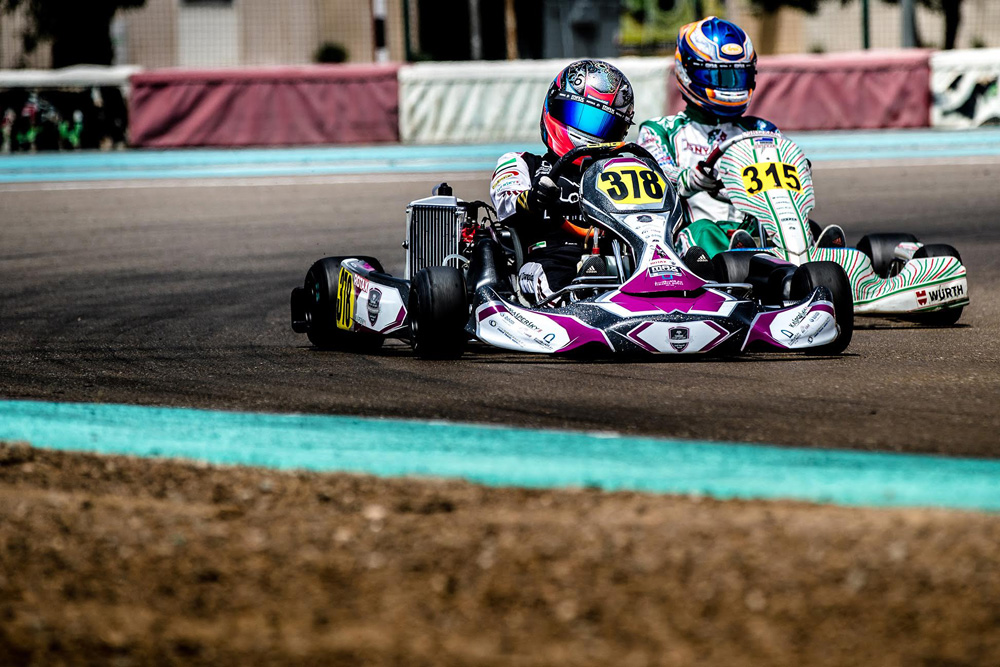 You seem to be a very daring person. Outside of motorsports, what’s the most adventurous thing you’ve done?
I love to go jet skiing and jump on huge waves. I also love to go quad biking in the desert. But I love to be around nature so I’d say the adventurous moment was hiking with my parents in Oman through the villages. The scenery was beautiful.

Is there a memorable moment you’ve had while racing that you would like to share with our readership?
My most memorable moment was on January 7th at the Round of the RMC (Rotax Max Challenge) in Oman. That’s where I had my first ever win. It’s a memorable moment because so many people used to tell me that I wasn't good enough and that I didn't have the talent, but on that day I proved them wrong. I showed these people that I did have the potential to win and I am glad I did.