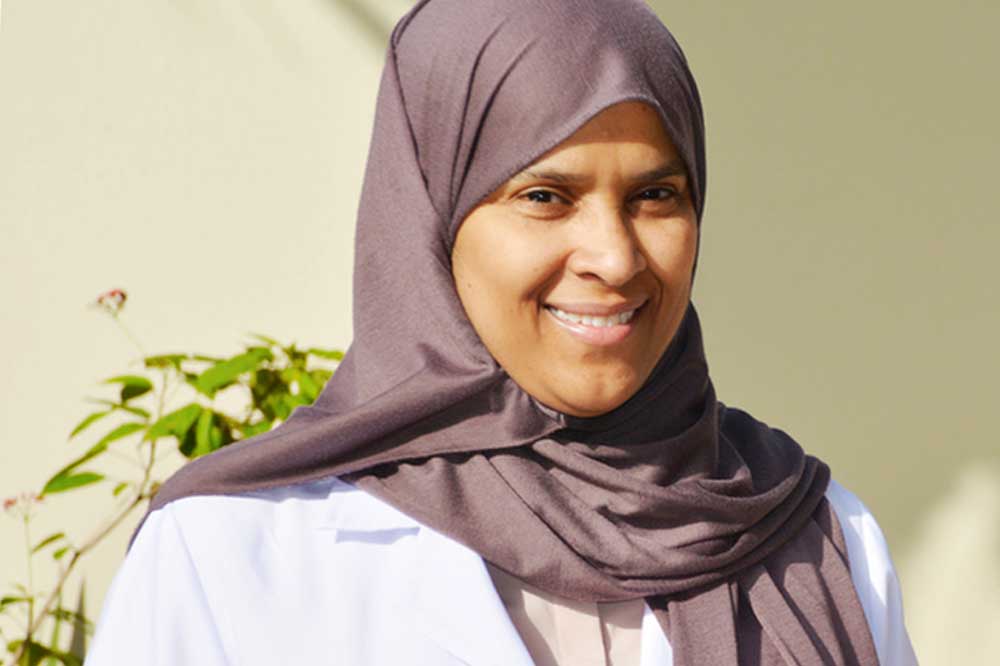 The entire Arab world still suffers from stigma when it comes to mental health and seeking help. Saudi Arabia is slowly but surely breaking this taboo and here's how:

Amidst the coronavirus pandemic, the Saudi Minister of Health Tawfiq Al Rabia encouraged healthcare workers to receive help from the Daem (or ‘support’ in English) program designed by the Saudi Commission for Health Specialties to manage and help reduce stress levels they undergo daily.

The health crisis puts essential workers in a constant state of urgency and a lot of the times, their mental health and wellbeing are compromised to the point that they utterly ignore how bad their mental state is. Because mental health is just as important as physical health, electronic platform Daem helps health practitioners cope better with the inevitable pressures faced during their shifts and even after.

When it comes to seeking therapy in the Kingdom, it is crucial to talk about the unparalleled work Dr. Haifa Al Gahtani has been doing to normalize seeking help. The pioneering Saudi psychiatrist made it her sole mission to improve people’s lives.

After becoming the first Saudi woman to graduate from the prestigious Saudi Aramco’s Physician Development Program as a psychiatrist in 2005, she became a leading a cognitive behavioral therapist. Al Gahtani realized that treating people did not completely fullfill her ambitions… The esteemed therapist found a gap; psychologists in the Kingdom could benefit from training to improve their efficacies, and so Al Gahtani decided to fill it by becoming a trainer herself.

She is the first Saudi woman to be accredited as consultant in cognitive behavioral therapy by the Academy of Cognitive Therapy in Philadelphia. In addition to heading the psychiatry department of Arabian Gulf University, Al Gahtani runs her own clinic at the Renewal and Reward Center in in Safa, Dammam and is part of the national Mudabara program, which also aims to unlock therapists’ full potential.

She is the leading voice in training and guiding the new generation of therapists in the Kingdom. “There’s not a set level that you reach and then you stop; there’s always room for improvement. I’m working on developing more programs that suit the country’s needs with regards to therapists — specifically a collaborative effort between Arabian Gulf University and the Kingdom to train qualified mental-health professionals in psychotherapy and, particularly, cognitive behavioral therapy,” she told Arab News.

The psychiatrist also believes that breaking the stigma around mental health starts with educational spaces such as schools, colleges, and workplaces. She also spoke to Arab News about the recurrent misconception around the dependency of taking pills like antidepressants: “A lot of people have misconceptions about medication, that it will cause dependency, or destroy the patient’s brain. These are all myths. There are a few that can be addictive, but these are rarely used in practice. As long as a doctor prescribes the medication, there should not be a dependency on them.”

The Saudi female doctor even fights the high costs of therapy, which may stand as an obstacle to some. With a single session costing between a $100 to $200 dollars according the newspaper, Al Gahtani wants people to know that therapy can sometimes be affordable thanks to insurance. “Thankfully, a recent mandate that includes chronic psychotherapy in medical insurance has been modified, when it used to only include acute mental health issues. Insurance companies would settle a medical bill for pills that cost SR100 per month and that would be it. But with costly psychotherapy sessions, as the doctor prescribing them, I have to write a strong statement to ensure that insurance covers my patient’s expenses for their sessions,” she added.