The show must go on, but just a bit later, in what’s only the fourth postponement since the Academy Awards were introduced in 1929. 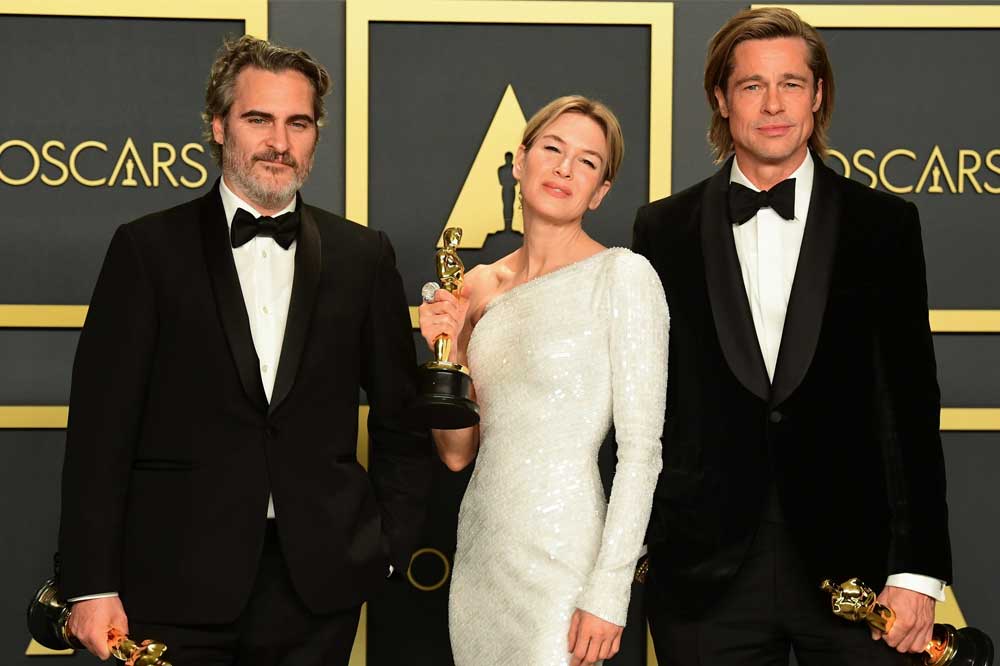 Movie buffs will have to wait a little longer for the 2021 Oscars ceremony. The Academy Awards, which were were supposed to take place on February 28, are now set to be held on April 25. The decision was made in the wake of the coronavirus pandemic, making film’s biggest night one of the latest celebrity events to be affected by the outbreak.

The pandemic has stopped work on several films that were due to be released by the end of the year and the two-month push-back is hoped to give the movies that have been stalled post-production an essential boost.

“For over a century, movies have played an important role in comforting, inspiring, and entertaining us during the darkest of times. They certainly have this year. Our hope, in extending the eligibility period and our Awards date, is to provide the flexibility filmmakers need to finish and release their films without being penalised for something beyond anyone’s control,” The Academy of Motion Picture Arts and Sciences President David Rubin and CEO Dawn Hudson said in a statement. “This coming Oscars and the opening of our new museum will mark an historic moment, gathering movie fans around the world to unite through cinema.”

The format of the ceremony, which is held at Hollywood’s Dolby Theatre, is still to be determined. However, one sure thing is the organisers have agreed to extend the release date eligibility period. A feature film must now have a qualifying release date by February 28, 2021. Submission deadlines have also shifted back, with the deadline for general entry categories, like Best Picture, being moved to January 15, 2021. Specialty categories, like Documentary Feature and International Feature Film, need to be submitted by December 1, 2020, however.

In another move, the Academy recently vowed to ensure greater inclusivity in its future award ceremonies to even out the playing field. It is forming a task force with the Producers Guild of America “to develop and implement new representation and inclusion standards for Oscars eligibility by July 31, 2020,” according to a statement. One of the changes is to always have 10 films in the best film category rather than a changeable number between 5 and 10, giving a chance for more diverse film choices.

After the Academy announced the new date, it became inevitable the British Academy Film Awards (BAFTAS) would have to moved back too as they traditionally take place two weeks before the Academy Awards. The 2021 edition will now be on April 11. Meanwhile, a final decision about when we get to see the Golden Globes has not yet been made.

Did you know?
The last time the Oscars were rescheduled was about 40 years ago. The one-day delay came in 1981, due to an assassination attempt on former President Ronald Reagan. The two other times occurred in 1968, when the ceremony was put on hold after Dr Martin Luther King, Jr. was killed, and in 1938 because of massive flooding in LA.