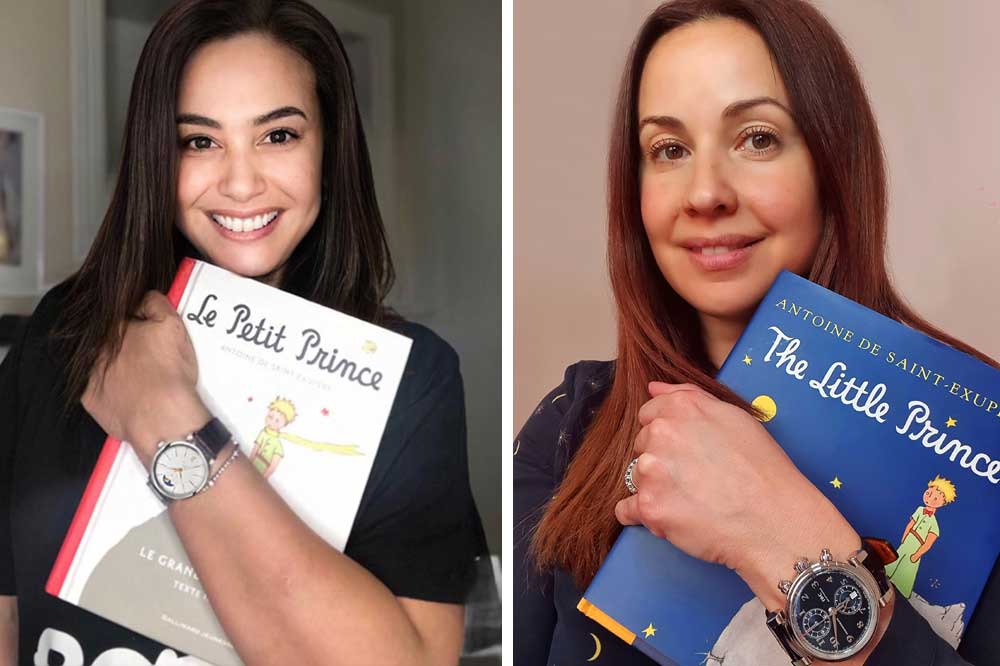 By reading chapters from The Little Prince, which addresses themes such as loneliness, isolation, friendship and love, Hend Sabri and Raya Abirached are hoping to inspire, entertain and support, as well as lift spirits during this period of uncertainty. As IWC Schaffhausen brand ambassadors, the regional celebrities have been getting involved in the luxury label’s “TIME WELL SHARED” initiative. Indian actress Sonam Kapoor, Italian actor Pierfrancesco Favino and Chinese actor Zhang Ruo are the other ambassadors taking turns to read extracts from Antoine de Saint-Exupéry’s most famous literary work.

After Kapoor opened the series of readings with the first two chapters, Abirached, who happens to be fluent in Arabic, English, French and Italian, went on to take the helm. The Lebanese-British TV presenter, producer and film journalist, who lives in London, can be seen reading the third chapter of the world-famous novel in English. One of the Arab region's most recognisable faces, Abirached is known for hosting MBC2's flagship Scoop with Raya and co-presenting Arabs Got Talent on MBC4.

Meanwhile, Sabri’s involvement sees her reading the seventh, eighth and ninth chapter of the book by the French author and aviator. The Tunisian actress and lawyer, who started acting at 14 and found fame after Muzakirat Murahiqua, reads in English too. Sabri has played a variety of award-winning characters, including her career-defining performance in Asmaa, which secured her five Best Actress trophies. The star of seven television series became the first Arab actress to be on the jury of the prestigious Venice Film Festival last year. And 2021 is set to be another big year as fans are expecting to see her in a Netflix original series.

About The IWC Initiative

For “TIME WELL SHARED,” which aims to entertain and support people in these challenging times, IWC brand ambassadors and partners have been providing online lectures, speeches and webinars. All contributions to the initiative that is featuring on digital channels will include a link to allow viewers and listeners to make voluntary donations. With the funds raised, IWC will support Save the Children, which aims to strengthen its programmes that protect children and families in countries that are hit by the coronavirus, increase support for national health systems and raise awareness among parents and caregivers on how to provide psychosocial support to children. Every “TIME WELL SHARED” video features a link, where the audience can choose to make voluntary donations to support Save the Children. Another crucial pillar of “TIME WELL SHARED” is a personal volunteering programme via the website Good Tutors Finder, to support school children and their parents.

About The Book
Revolving around a young prince on his journey to different planets,The Little Prince by Antoine de Saint Exupéry is a powerful reminder that the best things in life are the simplest ones and that real wealth is caring for and giving to others. As Franziska Gsell, CMO of IWC Schaffhausen, describes, the book “explores what makes us human, and its message today is more relevant than ever.” According to IWC, there hasn’t been any other novel that’s been translated into so many languages, which makes it possible for people from all over the globe to enjoy it. “This moving story about friendship, love and the essence of humanity has always bridged cultures and united people across borders and generations,” Olivier d’Agay, the author’s great-nephew and Director of the Antoine de Saint Exupéry Youth Foundation, says. Original illustrations from the author, including some never-before-shown works, have been featured in the readings.