Suffering from a case of holiday blues? We found just what you need. 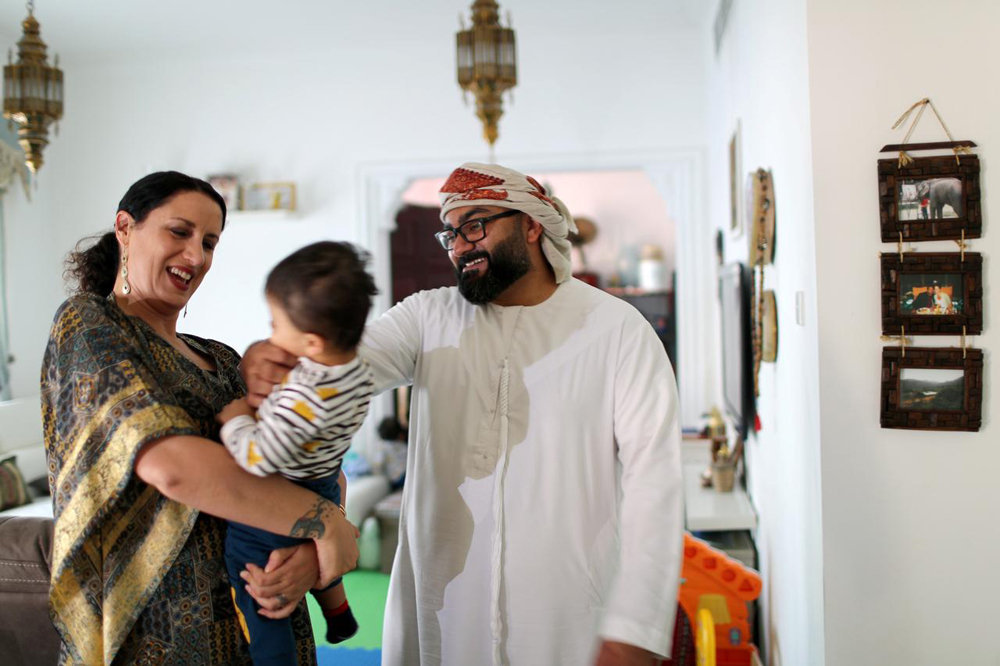 Due to the current restrictions on movements amid the COVID-19 pandemic, Eid Al Fitr this year was celebrated in a more subdued way as cherished gatherings and traditions were avoided.

The comic duo broadcasted their first live variety show on social media platform, Instagram in April and now the UAE-based comics have now prepared another showcase for Muslims all over the world to enjoy from home.

Aside from the LOL-worthy entertainment, Mina Liccione and Ali Al Sayed have also invited a variety of special guests to participate and entertain on their Dubomedy Facebook live channel.

Started off on the first day of Eid, viewers are bound to be delighted and surprised by the likes of Cirque du Soleil dancer Khalid Freeman, Spain’s Got Talent winner juggler Luis Malabra and musicians Sulha & Joel, to name just a few from the exciting lineup.

Mina Liccione is better known as “Dubai’s first Lady of Comedy,” and has been performing internationally for quite some time, from Broadway to TV channels such as MTV, BBC and MBC as she uses comedy to smash stereotypes the world has about Arab women. Liccione also stars on the hit show, Comedy Central Arabia Presents…Stand-Up! and has just become the first woman from the Middle East region to film a one-hour stand-up comedy special, called Mina Liccione: Araby By Nature.

Ali Al Sayed is too a much loved standup comedian who has performed on stages all over the world, from New York and Edinburgh to appearing on CBS and OSN and is referred to as the “UAE’s King of Comedy.” Al Sayed has also appeared alongside comedy legends, Dave Chappelle and Trevor Noah, as well as some of the most successful comedians from the Arab region at the Dubai Comedy Festival too.

Husband and wife, Al Sayed and Liccione founded their online platform, Dubomedy in 2008 as one that welcomed “all things comedy,” and became a stepping stone for emerging comedians and performers to showcase their talents on an international scale, whilst also uniting a comedy community from various backgrounds.

Are you tuning in to "Ali & Mina's Eid Special"?