Frontline Workers In Dubai To Be Granted A Golden Visa 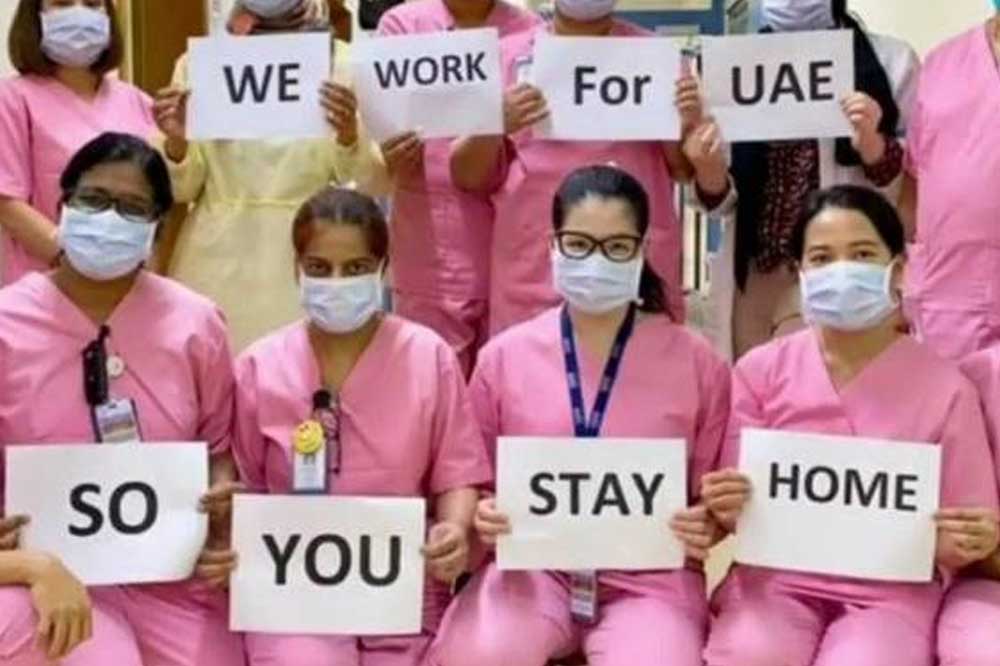 In a generous bid to extend gratitude to the people in Dubai who have been working tirelessly to battle the COVID-19 pandemic, HH Sheikh Mohammed Bin Rashid Al Maktoum, Vice President and Prime Minister of the UAE and Ruler of Dubai, has decided to grant 212 key medical professionals 10-year residency visas.

This announcement was made on Wednesday 13th May as the Emirati ruler thanked medical workers and doctors for their “selfless dedication to caring for infected patients”.

The 212 medical workers, selected to receive the visa work across a number of specializations in the medical and healthcare field, have been key in helping the Emirate fight against the fatal virus.

Humaid Al Qutami, Director General of the Dubai Healthcare Authority, thanked Sheikh Mohammed on behalf of all of the doctors who received the golden visa, stating, “This gesture will further boost their morale and encourage them in their efforts to provide the highest quality of medical care for patients infected by the virus. Everyone has shown a tremendous amount of flexibility by working for long hours, and even days without interruption, to curb the spread of the virus and heal those who are sick, without fear of contracting the virus themselves.”

The visa, often referred to as the “golden visa,” is part of the UAE’s long-term residency initiative, which was announced last year. The program hopes to encourage investment and business development within the country, and 6,800 of these visas were granted in May of 2019 alone to people from around 70 different countries.

Due to the pandemic, late fines for overstayed visits and renewals of residency visas have been canceled for a period of 3 months starting on the 18th of May. This period is for anyone whose visa expired before the 1st of March and are unable to renew it or repatriate to their home country.

FAIC spokesman, Brigadier Khamis Al Kaabi stated, “We urge all expats to register at the Federal Authority of Identity and Citizenship (FAIC) portal to avail of the grace period that shall start on May 18 up to three months. All breaches related to expired Emirates IDs and labor cards will also be canceled.”