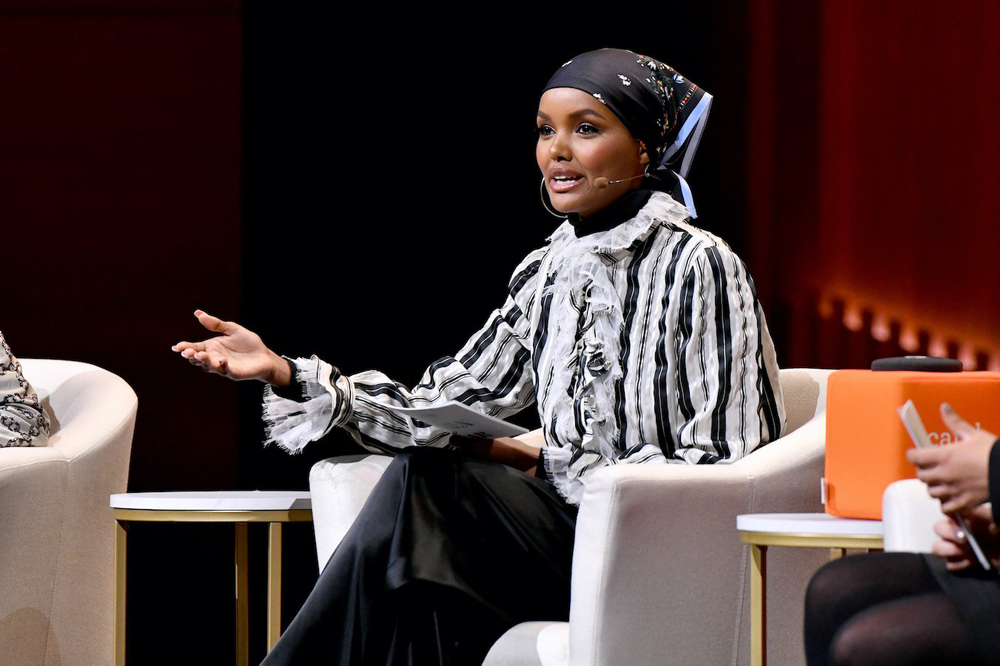 The world knows her name: Halima Aden, the first hijabi model to walk the international runway, smashing stereotypes by showing everyone around the globe that women who wear hijabs can be stylish and fashionable. Since her landmark presence in major Fashion Week shows, the Somali-American supermodel has been climbing higher and doing more than ever. So, it comes as no surprise that she has joined a roster of powerful women being featured in Porter's new podcast series titled “Pieces of Me: My Life in Seven Garments.”

Aden – along with Tracee Ellis Ross, Roksanda Ilinčić, Zainab Salbi, Sam Taylor-Johnson, Sinéad Burke, and Arianne Phillips – will sit down to share with the world her story told through the clothing she wore at defining moments of her life. According to Listenotes.com, each week one of the seven inspiring women will take us “behind the seams” of her life, to touch on “beauty, power, identity, freedom and fashion as a force for change,” how these stories have been woven into the clothes they choose to wear.

This Net-a-porter-owned Porter, seven-part series has been launched by human rights activist Zainab Salbi and is hosted by Porter magazine editor in chief Sarah Bailey. Aden’s contribution in the series is perhaps befitting of the style icon as her journey has been one of change making every step of the way.

From her 2016 participation in the Miss Minnesota USA Contest, in which she wore a burkini in the swimsuit round, to being the first hijab-wearing Vogue cover star, Aden has through fashion and garments redefined ideas of beauty and power, and has brought diversity and visibility of Muslim women across the globe.