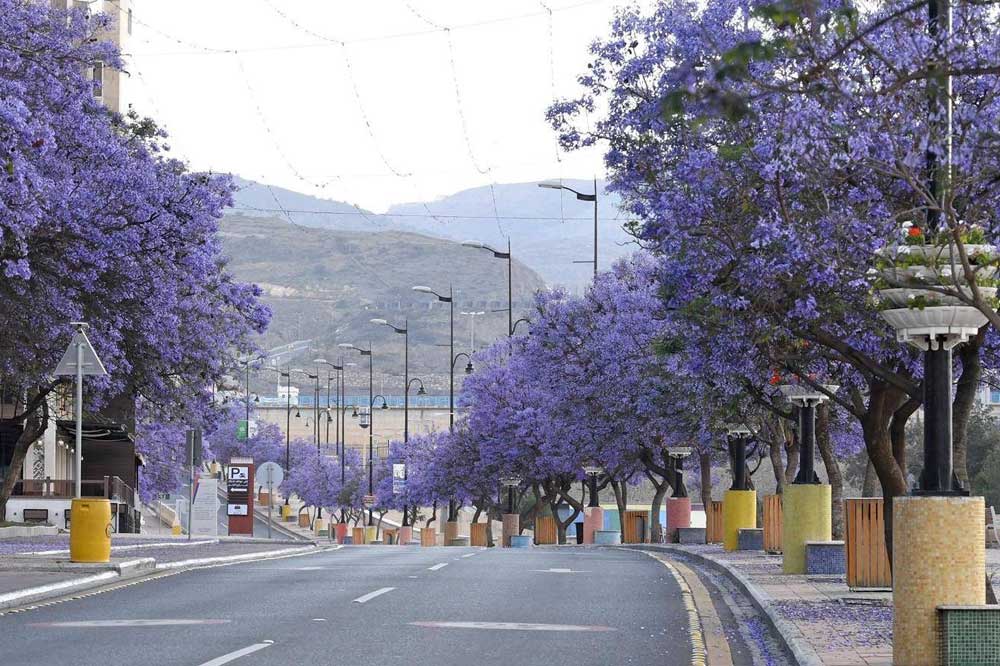 To the southwest of Saudi Arabia is the province of Asir, known for its diverse landscape that offers magnificent mountains and lush valleys. Its capital city is Abha, one of the most popular destinations in the Kingdom for locals and visitors alike, and every year in the midst of spring, Abha transforms into a marvelous site. Indeed, like clockwork, the city turned lilac purple this week as rows of its iconic jacaranda trees flowered.

The city was completely blanketed by the captivating purple of these unique trees, estimated to be over 13,000. Online, residents of the city discussed with pride the blooming of this marvelous deciduous treeand the overall beauty of their city. Images of the stunning foliage have been circulating online, particularly those captured byRashud al-Harthi. The videographer also released stunning drone footage this week of the waterfall at al-Habala mountain near Abha. 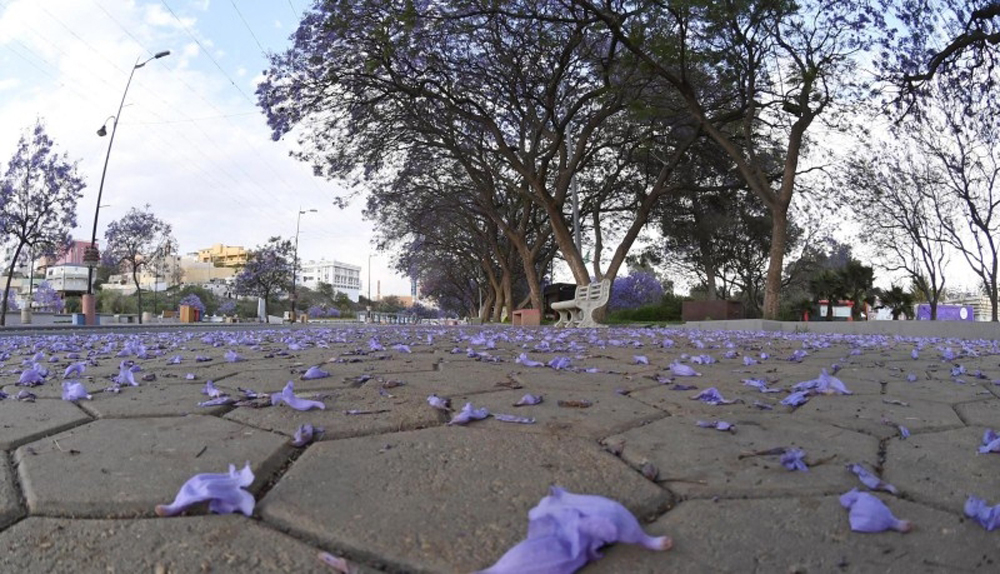 Aside from its legendary jacarandas, Abha is a favorite for many due to its hilly location and mild climate, as the city sits some 2,270 meters above sea level. It is also renowned for its historial sites, beautiful architecture, national park, entertainment offerings such as its amusement park and summer festival, and unique traditions. It is no wonder then that Abha was chosen in 2017 as the Capital of Arab Tourism by the Arab League’s Arab Tourism Organization. 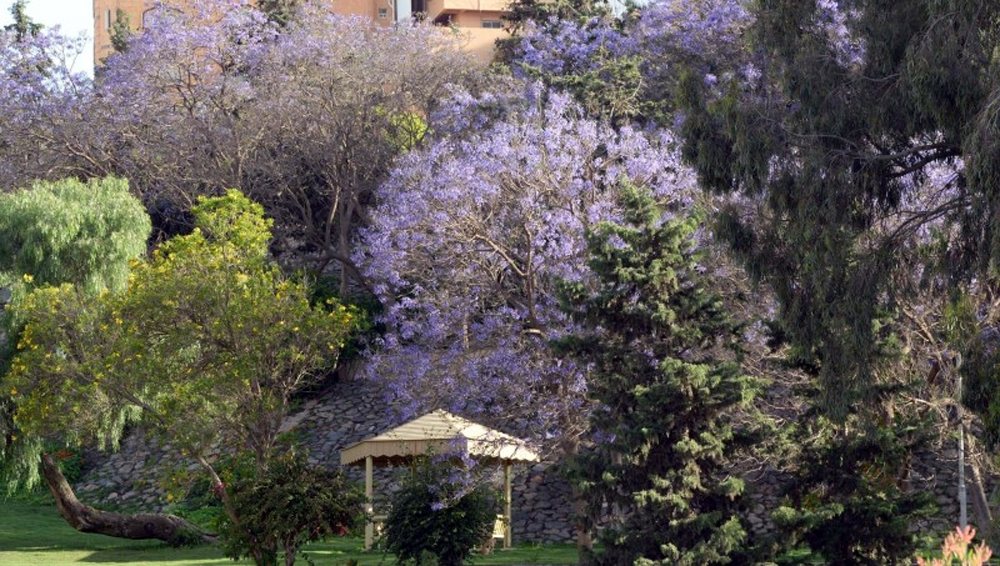 With regards to its culture, it can be said that Abha is most famous across the world for the long-standing tradition of the male members of the Qahtan tribe in Asir. Known in the west as the "flower men” of Saudi Arabia, the Qahtanis in Abha are famous for their intricately-made floral headpieces, usually of red and orange blooms such as marigold and jasmine, that are worn to enhance both beauty and health. These, beautiful garlands are made of a delicate combination of herbs (such as wild basil), grass, and flora, with some variation depending on individual taste and age.