Escape To The "Christian Dior, Designer of Dreams" Exhibition From Your Couch

The free virtual tour is triggering out-and-out Diormania once again…. 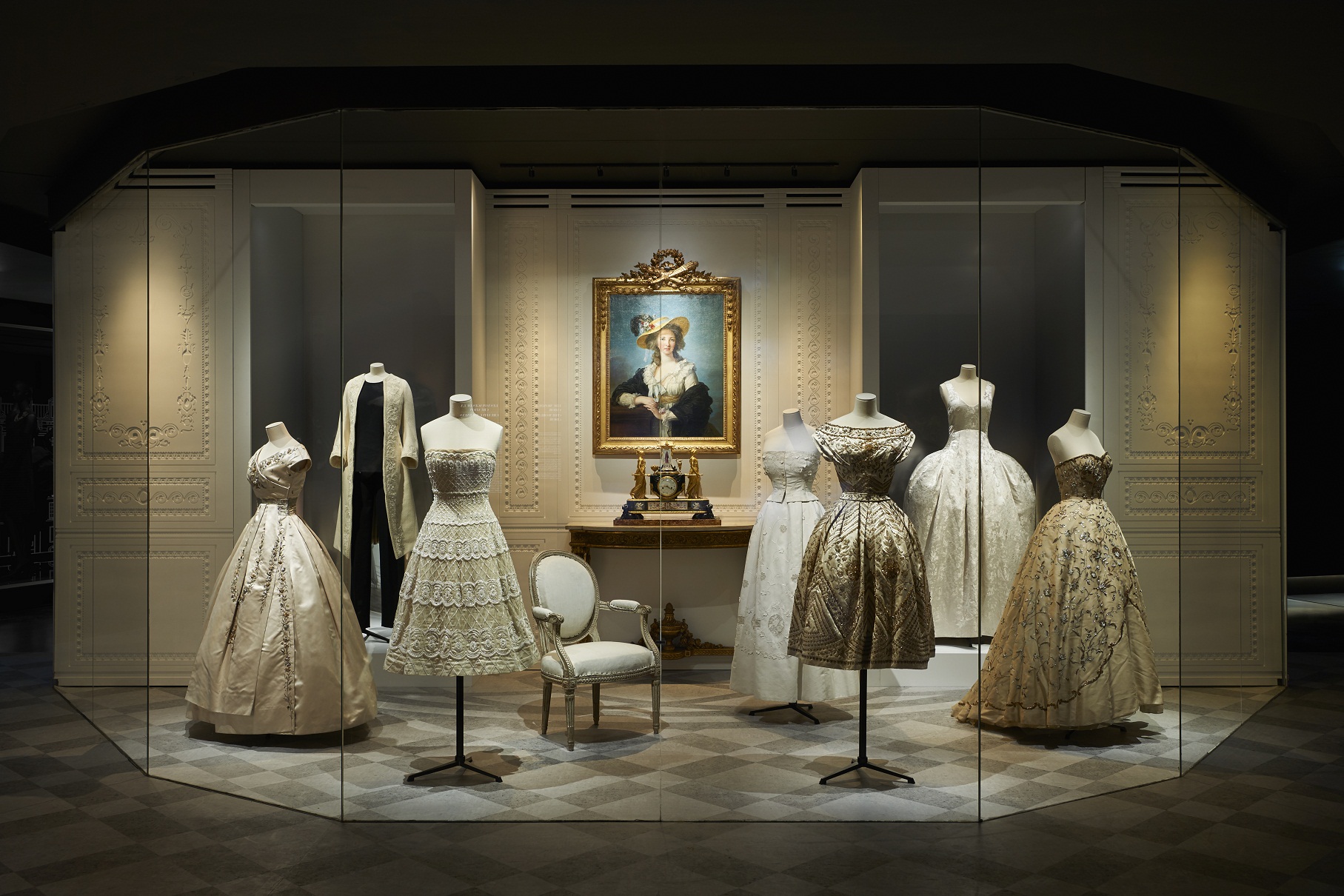 If you miss visiting exhibitions and soaking up culture, one of the best ways to inject some back into your life is watching Dior’s free virtual tour of its blockbuster exhibition Christian Dior, Designer of Dreams. The online visit of the many rooms in Paris’s Musée des Arts Décoratifs, where the exhibition was originally held, can be found on the luxury French brand’s YouTube channel.

Dior has also provided a captivating documentary so you can hear from experts and curators about the rich history of the house. Plus, there’s all that interesting behind-the-scenes insight into the making of the groundbreaking exhibition curated by Florence Müller and Olivier Gabet.

The record-breaking exhibition is focused on the designer’s influence on his contemporaries and is a tribute to the various talented creative directors who have been at the helm of Dior for the past seven decades. As well as mythical creations by Christian Dior, who founded the Parisian fashion house in 1947, there are those by Yves Saint Laurent, Marc Bohan, Gianfranco Ferré, John Galliano, Raf Simons and Maria Grazia Chiuri. In addition to getting to see 70 years of visionary fashion and the magnificent pieces of couture from the house’s archives while sitting comfortably on your sofa, there are treasured archival photographs and original sketches by Christian Dior. Plus, with objects, accessories, prolific artworks by great masters, furniture and a treasure trove of artefacts also at your fingertips, the virtual tour provides some much-needed cultural relief.

Originally held from July 2017 to January 2018 in Paris at the Musée des Arts Décoratifs, the exhibition was created to celebrate the maison’s 70th anniversary. Breaking all records, the exhibition attracted over 708,000 spectators. Then in February 2019, the exhibition was revived at the Victoria & Albert Museum in London. It also broke records, becoming the museum’s most-visited exhibit in history. Over half a million people got to see the largest exhibition ever devoted to the house of Dior in Great Britain, which included an additional space dedicated to Christian Dior's fascination with British culture.