Australian by birth, Palestinian by origin and upbringing, Amal Awad has experienced life from two different perspectives. After abandoning her career as a lawyer, Awad shifted her focus towards her passion for writing and became a journalist, author and novelist. She is the author of two novels, “Courting Samira” (2010), “This Is How You Get Better” (2015), a collection of columns and essays, “The Incidental Muslim” (2014), and has also contributed to the anthology “Coming of Age: Growing up Muslim in Australia” (2014).

Her new book “Beyond Veiled Clichés – The Curiosity of Arab Women” offers an intimate look into the real lives of Arab women in both Arabic and Western worlds. Through a series of true stories, Awad explores the similarities and differences between their diverse experiences and aims to challenge misconceptions about Arab women abound in Western cultures. Amal took a moment to chat with us about her book before its Australian release.

What inspired you to write “Beyond Veiled Clichés”?
I had read a few books that explored the lives of Arab women, but they were all through the eyes of non-Arab women. I felt that it was important for Arab women to tell their own stories without a western filter – there are complexities, and cultural and religious elements at play. I also felt there was a gap in stories about the experience of being an Arab-Australian woman and I wanted to fill that by exploring not only what happens when you’re raised in a western country in an Arab family, but also speak to women of all religious or non-religious backgrounds.
Meanwhile, look at the prevailing images of Arab women – veiled, always in a desert, eroticised but pitied and misunderstood. Not every Arab is Muslim, not every Arab woman is veiled. We are complex and full of life but we’re not seen as fully-formed in pop culture and beyond.

How did you go about the research process?
I spent a few months researching but I think you could say this journey began long before this process because a part of the book is based on my own experiences.
I did research to find women I thought might be suitable, but I also benefitted from word of mouth and recommendations from friends. The best moments came when one meeting would lead to another, unexpected one.

Did you face any challenges along the way?
The biggest difficulty was logistics: I was travelling to the Middle East and some interviews were arranged on the ground, and some were cancelled or changed at the last minute. I needed to be flexible. In terms of the actual meetings, I thankfully had positive experiences meeting with the women overall. One or two perhaps were very selective about what they shared but so many women went deep – these meetings could get emotional. There is something very cathartic about telling your stories and expressing what matters to you. I found it to be a very healing journey in some ways, too.

What's the message behind this book?
I don’t know if there is a specific message I had in mind writing, but one woman I know quite nicely called it an ‘offering’, and that’s what I think it is. It’s an offering of different women’s experiences that shows how people live, how people improve their lives and the lives of others, how people’s experience may differ to what you may know of life, but more than anything, how we are all so similar.
Women everywhere are capable of creating change in their lives and the lives of others. So many of the women who spoke to me left me in awe of their extraordinary commitment and emotion in working for change, at times quite thanklessly.
The themes of the book are universal – there are issues that have cultural resonance and nuances, but ultimately, what the women talked about are issues that affect women everywhere in the world.

So, would you say that you could relate to these women?
I connected and could relate to many of the women in the book, even ones who have vastly different lives and experiences to me. This is the beauty of life – connection doesn’t require everyone to be the same.

How would you define the "modern Arab woman"?
With no single definition, the ‘modern Arab woman’ has many faces and experiences. She can’t be categorised and should not be relegated to the veiled, frightened-looking woman we see on so many book covers. She is the creative, filmmaker, mother, daughter, artist, singer, dancer, dreamer and change-maker.

Do you have any tips for aspiring writers?
Writing can be a difficult pursuit; sometimes it can feel thankless and lonely. So it’s important to try to write about subjects that don’t feel like hard work. Procrastination is born out of boredom. Go to your passions, your areas of interest, whether that’s in fictional writing or journalism. 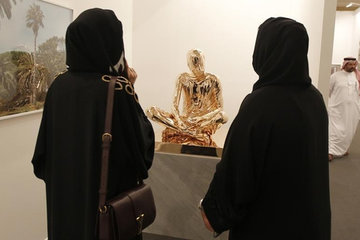 Art Dubai Has Announced Its Gallery Lineup For Its 16th Edition 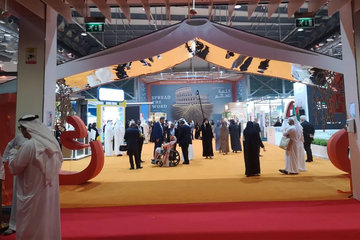