Saudi Women Take Down One Of The Most Difficult Jobs

In first quarter of 2020, Saudi women are excelling as air traffic controllers. 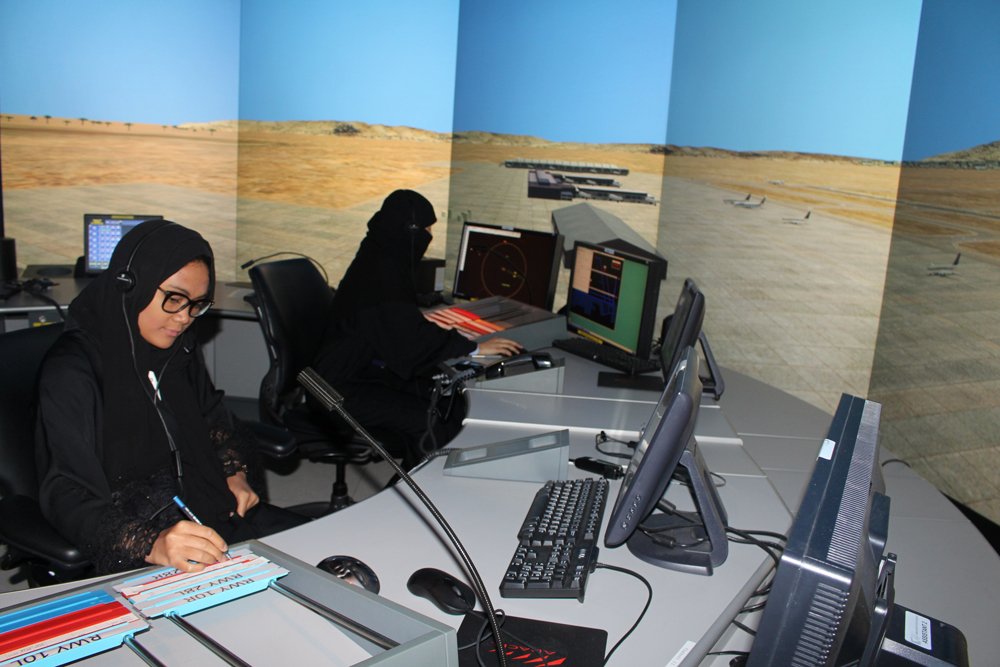 As the first quarter of the year reaches its end, travelers above Saudi Arabia’s skies can rest assured that they are in the more than capable hands of 26 – and counting – trailblazing female air traffic controllers! The first group of women who completed their training at the Saudi Academy of Civil Aviation are already working in air traffic control (ATC), making the Kingdom proud and paving the way for more to follow in their footsteps.

When the ATC training program by the Saudi Air Navigation Services Company (SANS) launched, 11 Saudi women completed the one-year program conducted by SANS in cooperation with the Saudi Academy of Civil Aviation. Today, that number has more than doubled, resulting in a team of Saudi women successfully taking on what has been described as one of the world’s most difficult jobs, a profession that requires high levels of good concentration and quick decision-making skills.

Hanadi Al Hindi made history as the first woman to fly a plane with a Saudi commercial pilot’s license. Read her story on #AboutHer: https://t.co/0brIEhImMP

The sky-high journey of Saudi women began in August 2018, when Saudi Arabia’s General Authority of Civil Aviation (GACA) issued five licenses for Saudi female pilots, permitting them to work as captains on Saudi Arabian Airlines aircraft, a milestone for women across the Kingdom. Two months later, Saudi officials announced that the country’s SANS was planning to employ women as air traffic controllers for the first time in the country's history, a plan that is now a reality.

SANS, which is a state-owned company, has been prioritizing the hiring of women in the sector in line with the Saudi Arabia’s efforts to improve women’s rights and recruit more nationals as part of the “Saudization” project. Soon after Saudi Arabia rescinded its decades-old driving ban on female motorists, 130 Saudi women applied for ATC training, which involved studying 13 subjects including physics, mathematics, aviation language, basic aerodynamic training, and tower control.