The first Arab woman to play golf on the Ladies European Tour circuit, Maha Haddioui, is looking forward to hitting the course at the Aramco Saudi Ladies International, the first ever professional women’s golf event to take place in Saudi Arabia.

Speaking with excitement about the forthcoming event, the female Arab golfer revealed that she “could never have dreamt of seeing professional women’s golf come to Saudi Arabia, let alone a tournament.” Moroccan Haddioui has been playing on the Ladies European Tour (LET) since 2012 and is looking forward to competing for a share of the $1million prize-pool when the Kingdom’s debut Aramco Saudi Ladies International golf tournament which will take place this month.

The Royal Greens Golf & Country Club in King Abdullah Economic City (KAEC) on the Kingdom’s Red Sea coast, will host the four days sporting event on 19th-22nd of March 2020 and will welcome some of the biggest names in golf, for what will be Saudi’s first ever professional women’s competition.

31-year-old Haddioui expressed her excitement and enthusiasm for the forthcoming event, and stated, “I never thought in my life I would go to Saudi to play golf. For me, I thought I’d go to Saudi to do Umrah or go to Mecca. Now, to represent Arab women’s golf in Saudi is something amazing that I would never have thought to happen. I’m really excited that the Arab countries are taking a step forward in making women’s golf big. The Lalla Meryem Cup in Morocco has been one of the largest women’s tournaments for years. Now having Saudi up there with the very biggest in the sport is something I’m hugely proud of as an Arab woman. I’m just happy to play in new events no matter where they are, but for me it being in an Arab country means a lot. Playing a professional women’s event in Saudi is amazing and a big step forward as proof that things are moving forward and I am so proud to be part of that, and have the LET be part of that.” 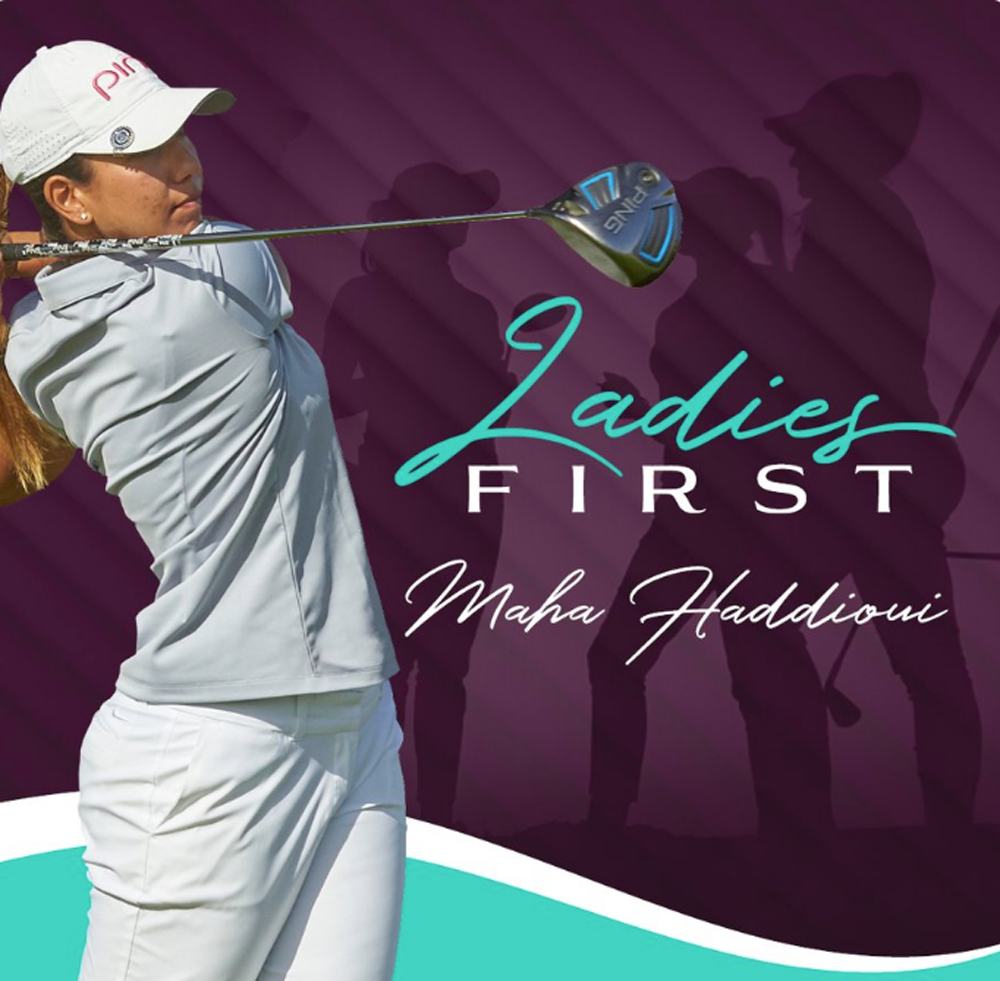 Not only will attendees, players and guests take part in the golfing tournament over the four days, but an “entertainment zone” awaits families with food trucks, interactive games, and challenges to enjoy.