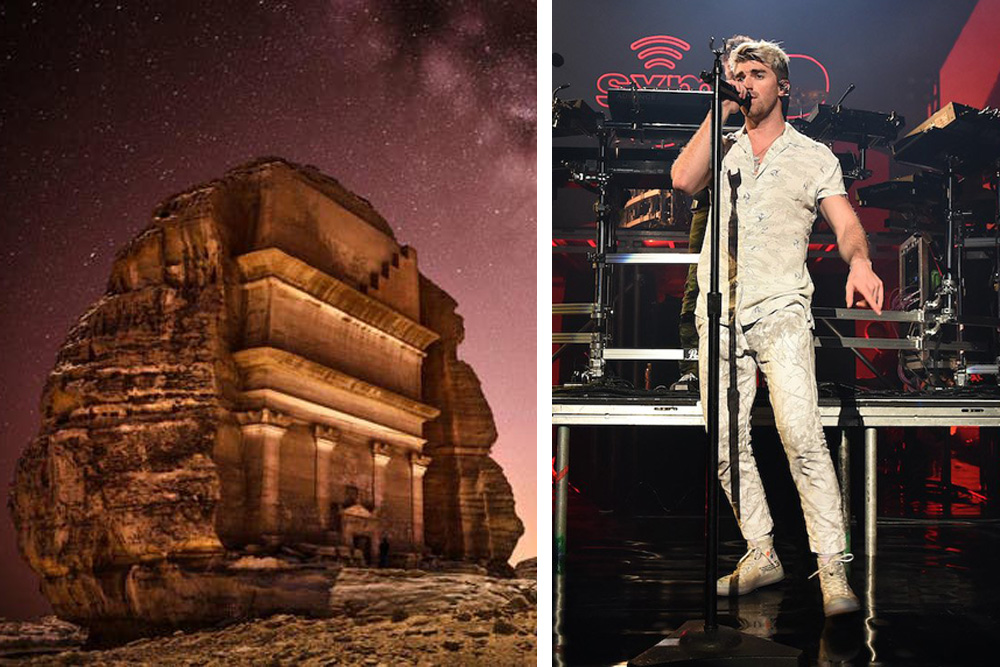 If you’ve been following Saudi Arabia’s progression over the last three years since the ascension of Crown Prince Mohammed Bin Salman to his role, you will have heard and read about the various festivals and attractions that have flooded the Kingdom like never in its history, from Al-Ula’s spectacular Winter At Tantora festival to the nation-wide Seasons calendar of events. So, it may come as no surprise that Saudi Arabia has a new event up its sleeves.

The stage is being set for you... In the midst of an ancient landscape, between the desertand spectacular mountains East will meet West and History will meet Culture Stay tuned for Azimuth Tickets are limited https://t.co/0x4gG0oDAk#AzimuthFestival pic.twitter.com/5VJlDfZrvA

Described as a three-day festival of music, art, and food, Azimuth Festival is coming to Saudi Arabia’s stunning Al-Ula region as part of Winter At Tantora from the 5th till the 7th of March, marking itself as a gathering of the east and the west, bringing together all that is fantastical and memorable in a pristine and ancient meeting place. Attendees to the festival will also have access to the inaugural Desert X AlUla exhibition, hosted in Al-Ula.

According to various reports, international music acts The Chainsmokers, Jean Michel Jarre, and Tinie Tempah are set to take the stage alongside regional favorites Hollaphonic, Omar Basaad, and Hamza Hawsawi. Bringing something spectacular for those art lovers out there are British contemporary artists Lauren Baker and the conceptual art studio Shuster & Moseley led by Claudia Moseley and Edward Shuster, who will inject world-class art pieces and installations into the festival.

There will also be an offering of gastronomic experiences made possible by a group of chefs led by Brazilian chef Alex Atala, and New York’s rising stars Jeramiah Stone and Fabian von Hauske Valtierra from Contra and Wildair are offering a carefully curated menu of delicious treats for all to sample. La Cantine du Faubourg, Sass Café, and Nobu will also be hosting pop-up restaurants at the festival, so there will be no shortage of treats for anyone.