Are you a classic car enthusiast? 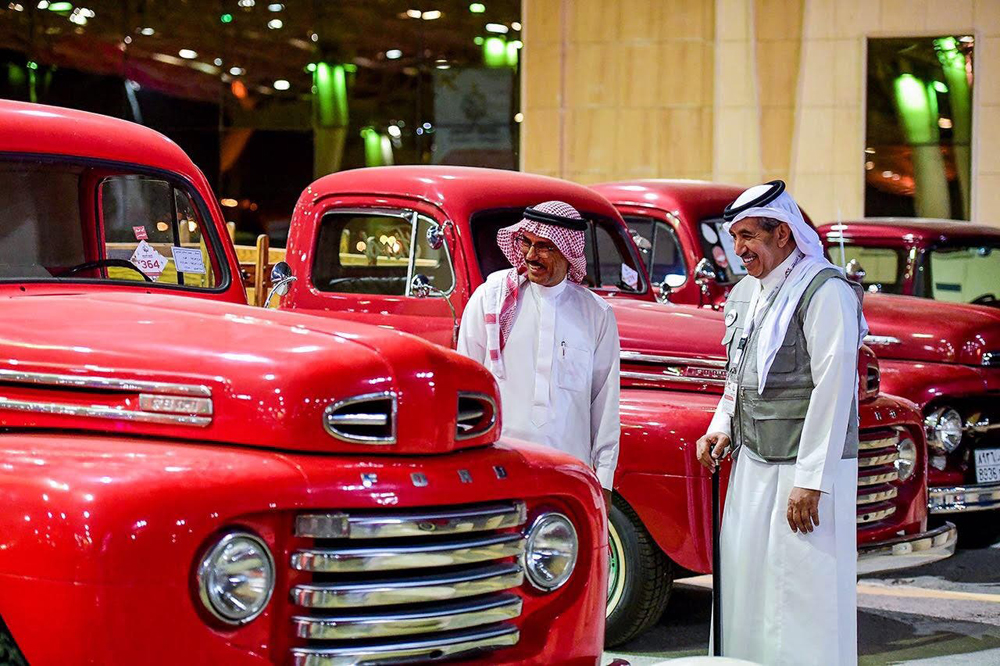 Any plans this weekend? Start your engines and head to Diriyadh for the Diriyah Festival for Classic Cars 2020 running from the 27 till the 29th! The governor of Diriyah, Prince Ahmed bin Abdullah bin Abdul Rahman, the patronages of the Diriyah Gate Development Authority (DGDA), and the Diriyah Archaeological Foundation are backing this exiting show gathering vintage car amateurs from all around KSA.

The Diriyah Festival for Classic Cars 2020 was announced in Riyadh at a press conference, which was also attended by an official spokesperson, of Ad Diriyah Gate Development Authority, Thamer al Sudairy, as well as the spokesperson for the Quality of Life Program, Mazroa al-Mazroo, the executive director of the Diriyah Classic Car Festival, Sattam Al-Khuzami, and a number of Saudi media outlets. Here are snippets from last year's event:

The car show is the largest of its kind in the Middle East and will be hosting around 500 rare and classic cars that are owned by people from across Saudi Arabia, Jordan, Lebanon, and Italy amongst others. Some of the world’s most prominent collectors will also be in attendance, which makes this event the perfect opportunity to mingle with fellow car enthusiasts.

And guess what? Some classic cars will also be up for auction at the Diriyah Classic Car Festival, as well as activities and entertainment for the whole family to enjoy including bazaars, competitions and exhibitions.