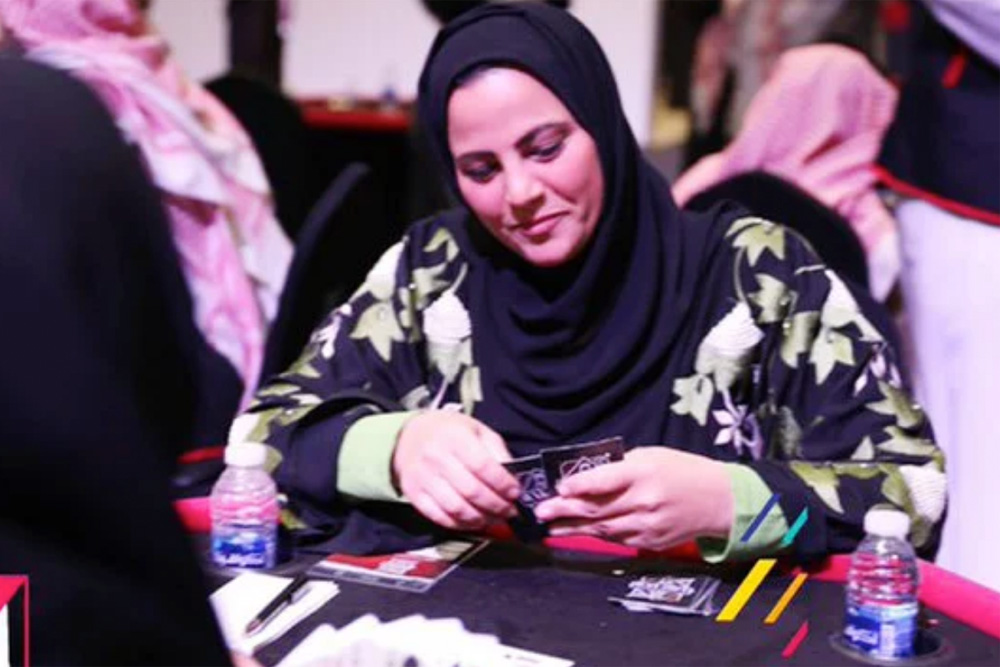 This week, the 2020 Baloot Championship was held in Riyadh, bringing together 520 teams from across Saudi Arabia to compete over six rounds, two of those dedicated for women. For the first time ever, Saudi Arabian female players faced off their male counterparts to compete in one of the most popular card games in the Kingdom.

Twenty women teams competed in this third edition of the championship, which was supervised by the General Entertainment Authority (GEA) and organized by the Saudi Arabian Federation of Electronic and Intellectual Sports (SAFEIS). According to Saudi Gazette, many female participants were thrilled to be in this year’s event, and female competitor Farah Bint Fahd spoke on the landmark event, describing her round as one of “stiff competition, enthusiasm, and passion.”

Female Baloot players are taking part in the Baloot Championship in Saudi Arabia for the first time, competing for a final winning prize of over $500,000. pic.twitter.com/563H0BXDYG

Baloot is played with four players divided into two teams, with each teammate facing the other. The designated dealer distributes 32 cards, giving each player five cards to start with. The two players in each team must them work as a team to win as many high-ranking cards as possible. This year’s competition, which was held in Riyadh Front, saw players competing for prizes worth a total of over SR2 million (over half a million US dollars).

Where does Baloot come from?
The game, said to have been brought to Saudi Arabia by Indian immigrants passing by the region to trade during the time of the Ottoman Empire, is a popular trick card game played across the Gulf region and is said to be quote similar to the French game Belote.