The inaugural event will kickstart Saudi Cup weekend, which falls on the 29th of February. 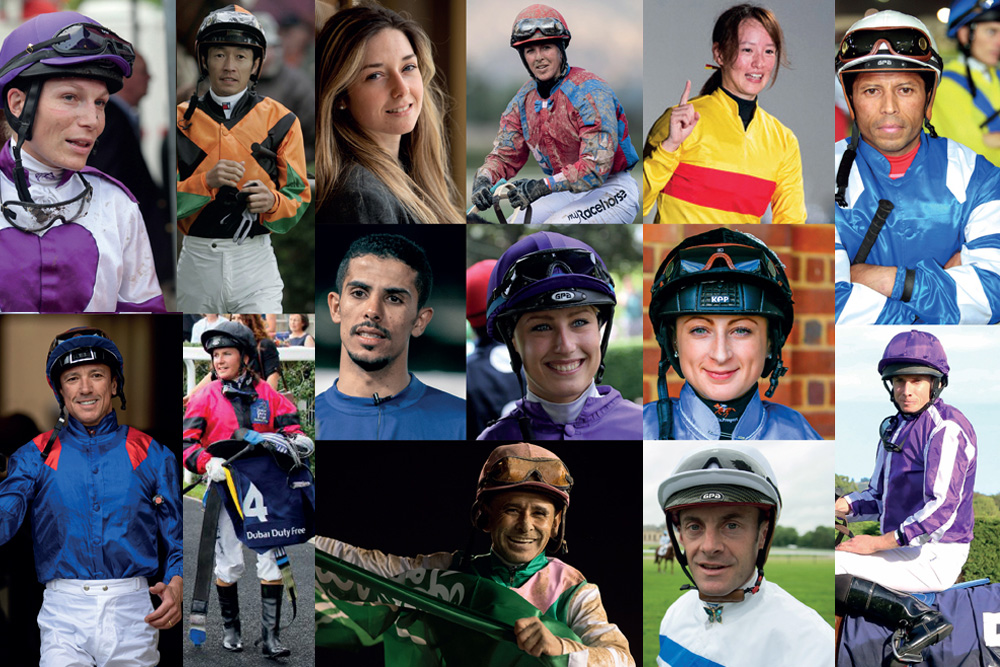 The Kingdom Day STC International Jockeys Challenge, the first of its kind to be held in Saudi Arabia, is without a doubt the main draw of Kingdom Day, the first of day of Saudi Cup race weekend. And the unique event, which is sponsored by Saudi Telecom and taking place on February 28 at King Abdulaziz Racecourse, will feature seven of the best female riders in the world.

The @stc_ksa International Jockeys Challenge on Friday 28 February has two new Jockeys added to the line up.

We will be seeing French jockey, Coralie Pacaut and Saudi Jockey, Camillo Ospino joining us in Riyadh.

In a statement, Prince Bandar Bin Khalid Al Faisal, Chairman of the Jockey Club of Saudi Arabia, welcomed all the jockeys, saying, “Racing is a sport that routinely sees male and female riders compete on a level playing field, and we are proud to continue this great tradition at King Abdulaziz Racecourse during Saudi Cup weekend.”

The Saudi royal added a jockeys’ challenge is “always a crowd pleaser” and the competitive races, family entertainment and top-notch hospitality make for an exciting and unique event for Riyadh’s residents as well as others living in different areas.

Legendary Japanese jockey Yutaka Take will be reunited with his favourite jockeys @FrankieDettori and Olivier Peslier in the STC International Jockeys Challenge on #SaudiCup weekend. pic.twitter.com/YADbsUkSlG

“It is interesting that we have received more than 300 entries for the four support races on the Kingdom Day card, demonstrating the interest that is already being generated within the industry for Saudi Cup weekend,” Prince Bandar said.

Held over four races of an eight-race card, each leg of the Challenge carries a prize fund of $400,000, while the jockey with the most points, the STC Champion Jockey, stands to land a further $30,000. The races will be run on the dirt course at Riyadh’s King Abdulaziz Racecourse and will be contested over 1,400m, 1,600m, 1,800m and 1,200m respectively. The first three legs of the Challenge are for horses aged four-years-old and up, while the final leg is for three-year-olds only. The Jockeys will be assigned horses, prepared locally by Saudi-based trainers, via a draw process held on February 25.

The International Jockeys Challenge reflects the values of Saudi Arabia’s Vision 2030, which lays out a programme of targets for diversification and increased sporting participation among Saudi youth. Saudi Cup weekend will consist of 16 races offering total prize money of over $30 million. It will also feature the Kingdom’s very first races on a turf track.

Tickets to suit all budgets, for Kingdom Day and the Saudi Cup, can be purchased online at www.thesaudicup.com.