The heritage site makes for a stunning backdrop for Adidas' campaign!

Celebrating 50 years, the sneaker’s latest ad campaign entitled “Change Is A Team Sport,” hits rather close to home, as it features 4 women who hail from Saudi Arabia and was shot against the Kingdom’s heritage site of Al Ula. 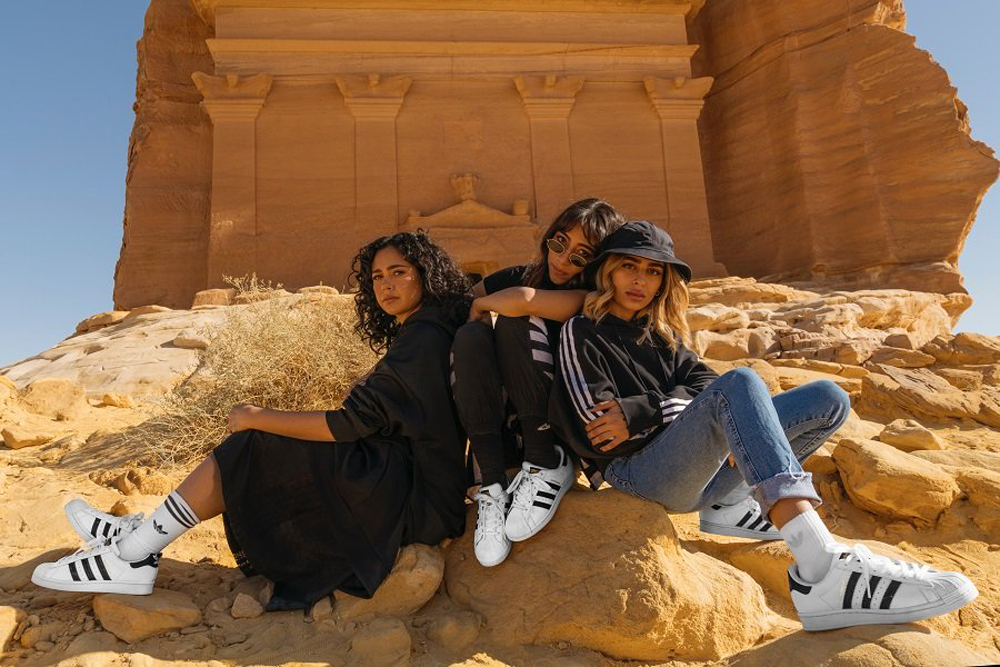 Adidas Originals is one of the most popular sports and athleisure brands we know, and it's been 50 years since the world first saw the iconic shell toe sneaker the brand is renowned for as the Pro Model basketball shoe. The sneaker style has continually come back into production since and has been worn by so many such as living legend in the world of basketball, Kareem Abdul-Jabbar. The style is now referred to as the Superstar, and may no longer be used for sports, but has become a fashion staple. The Superstar, now celebrating its 50th year in existence, was introduced as the first all leather basket-ball shoe, and met the needs of the athletes at the time. Since then, it became a fashion statement amongst prominent celebrities, fashion icons and musicians and has been reinvented year after year.

Major hip-hop and urban artists including Pharrell Williams and Run DMC have previously collaborated with Adidas on this particular sneaker style, not to mention partnerships with New York’s urban crews that helped to shape the hip-hop genre, such as The Beastie Boys and Rock Steady Crew. The Superstar stands for creativity and teamwork and the highly sought after shell toe made a major comeback in 2005, when Missy Elliot, Andy Warhol and Roc-a-Fella collaborated to create a 35th Anniversary Edition of the iconic shoe by Adidas.