The Omani label’s collection was inspired by the phoenix, that prevailing bird from Greek mythology that continually re-morphs and is associated with the sun … 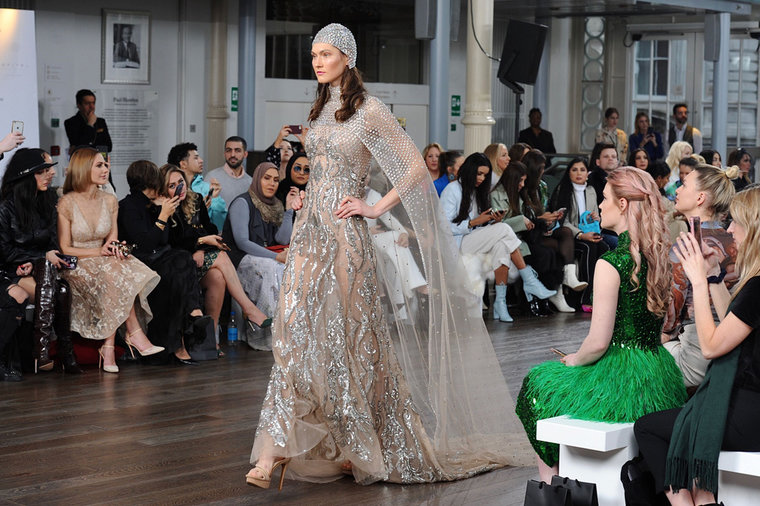 Homegrown labels aren’t the only ones making waves during London Fashion Week. One of the global designers presenting a stellar autumn/winter 2020 collection during the sartorial spectacle was Atelier Zuhra. The label founded by Oman's Mousa Al Awfi in 2015 treated attendees to a series of stunning designs.

Named “The Immaculate Fight of the Phoenix,” the collection from the Dubai-based couture house was recently presented at the opulent Royal Opera House in Covent Garden. With stars like Tallia Storm, Abeer, Ciara and Hofit Golan sitting front row, Atelier Zuhra showcased the maximalist and decadent pieces they have become known for. The show revealed a spectrum of colours to go with the theme, like charcoal grey and black, representing ashes, light greens, pinks and lilacs, signifying sunlight and fire, and sapphire blues, denoting a phoenix’s eyes. And the Italian and French fabrics, including tulle and embroidery, were teamed with embellishments like crystals, pearls and, of course, lots of feathers. Exquisitely fitted bodices and arresting tailored silver headpieces, a nod to Arab culture, helped make the show inspired by the powerful bird that is continually reborn even more special.

Remarkably, as Atelier Zuhra CEO Rayan Al Sulaimani told Arab News, timing to prepare for the show was tight and the 50 pieces were ready in just 60 days “This was due to having another major showing in November. It is always challenging to have everything ready on time!” Al Sulaimani, who is Al Awfi’s daughter, said.

While talking to the region’s leading English daily, she also said she wants the brand to become internationally acknowledged and to build a presence in Europe. This seems easily attainable, with the womenswear label already boasting a celebrity following. As well as Arab stars like Buthaina Al Raisi and Mariam Hussein, Hollywood and Bollywood A-listers such as Eva Longoria, Kareena Kapoor and Deepika Padukone have been spotted championing Atelier Zuhra. Most recently, Giuliana Rancic was seen walking the Oscars red carpet in a stunning floor-length shimmering sleeveless dress featuring red feathers on the skirt, mirrored designs on the top and zipper accents. 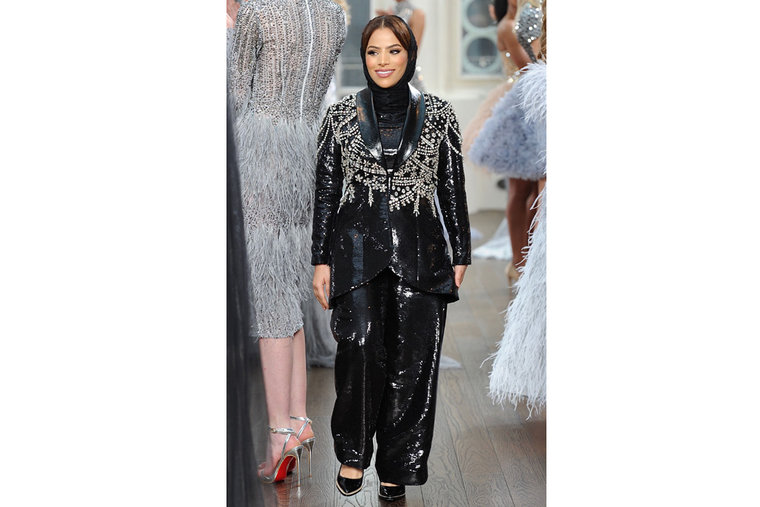 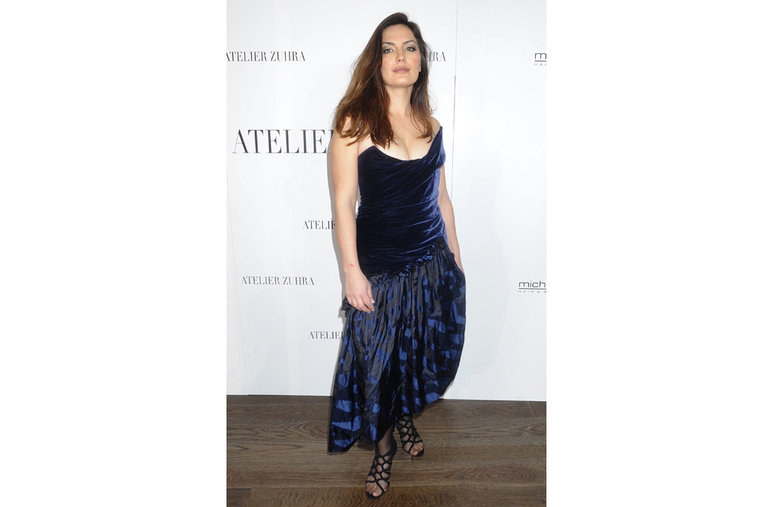 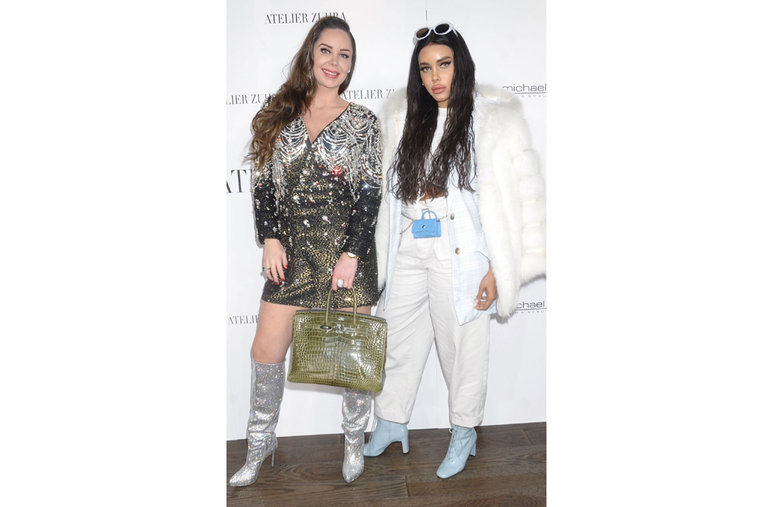 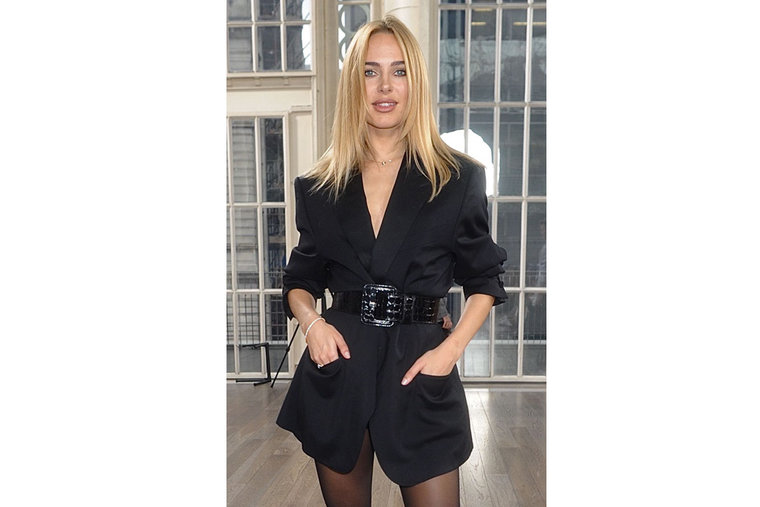 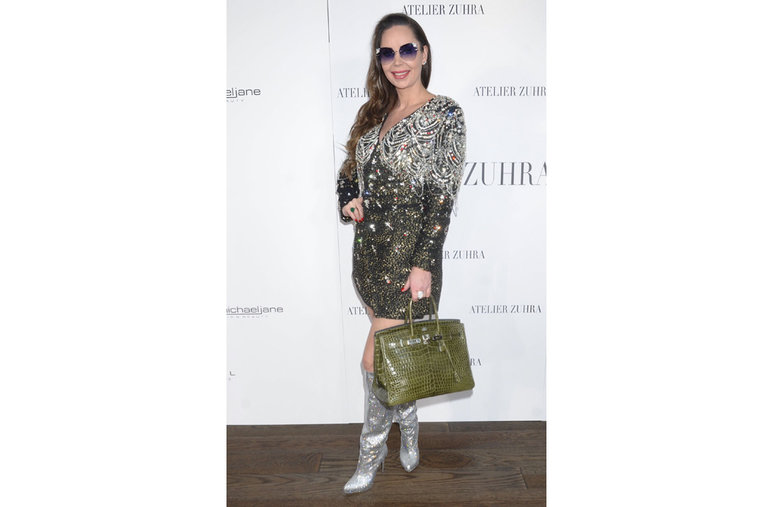 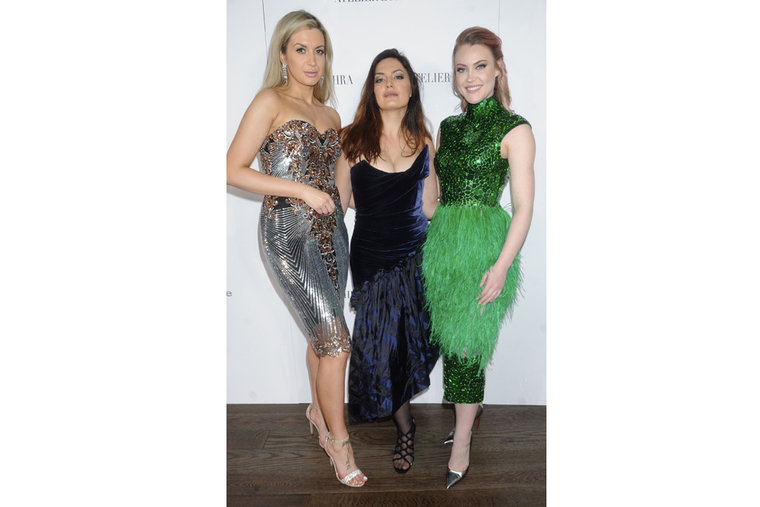 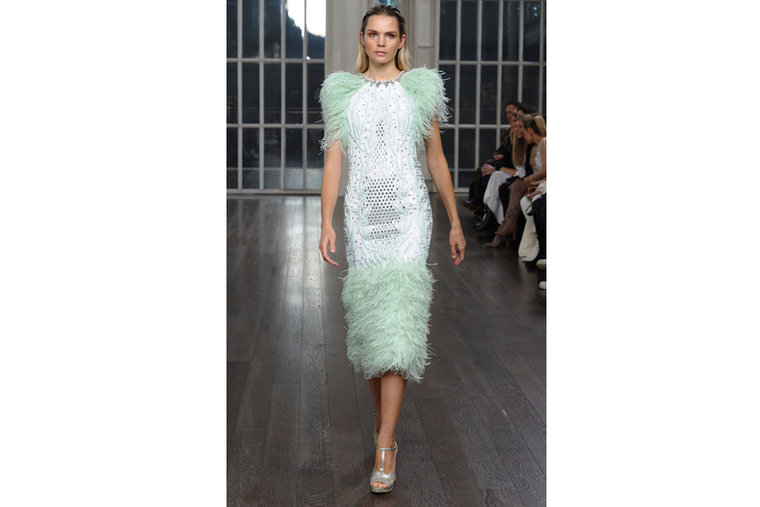 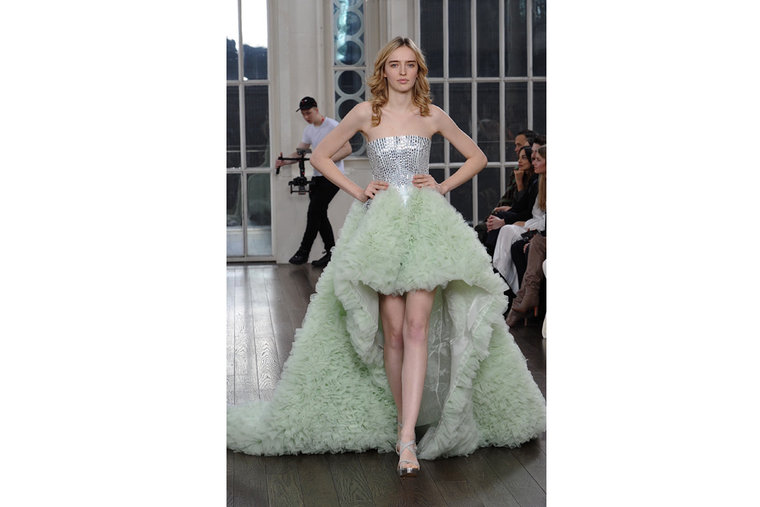 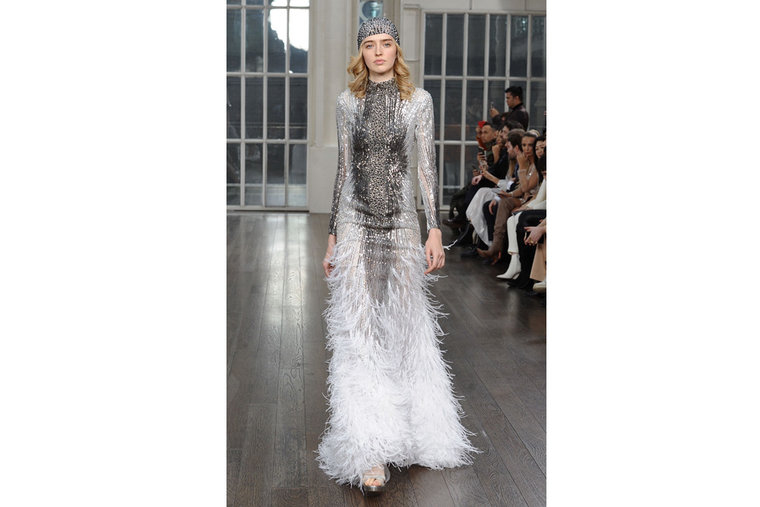 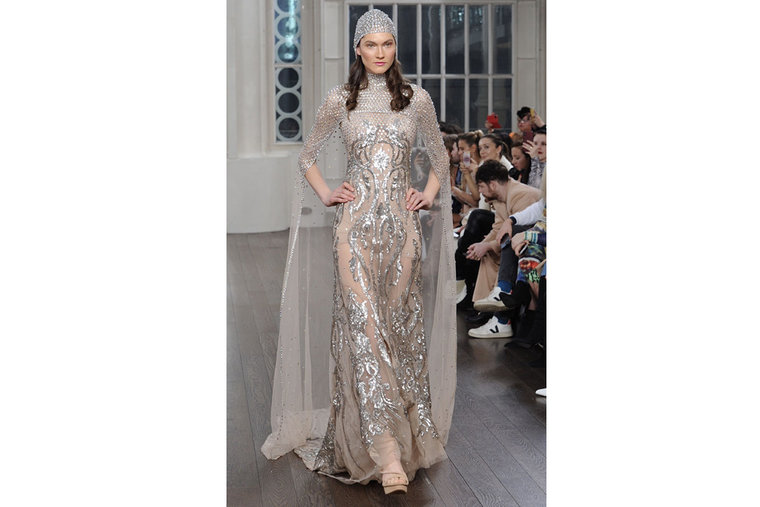 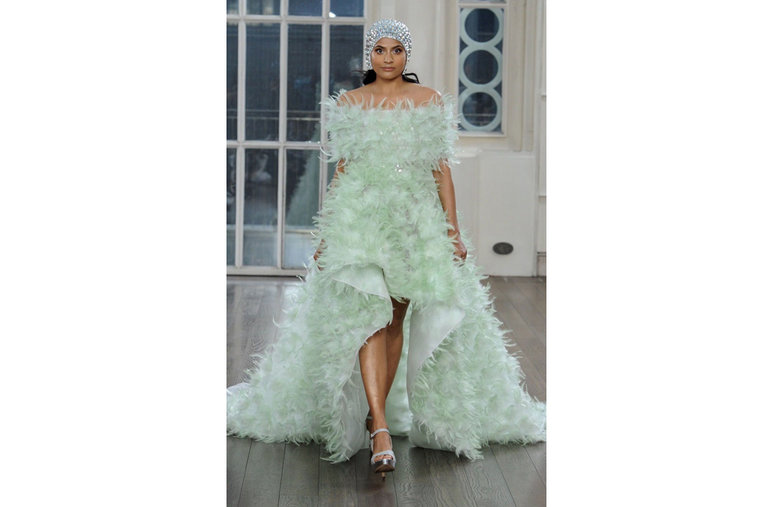 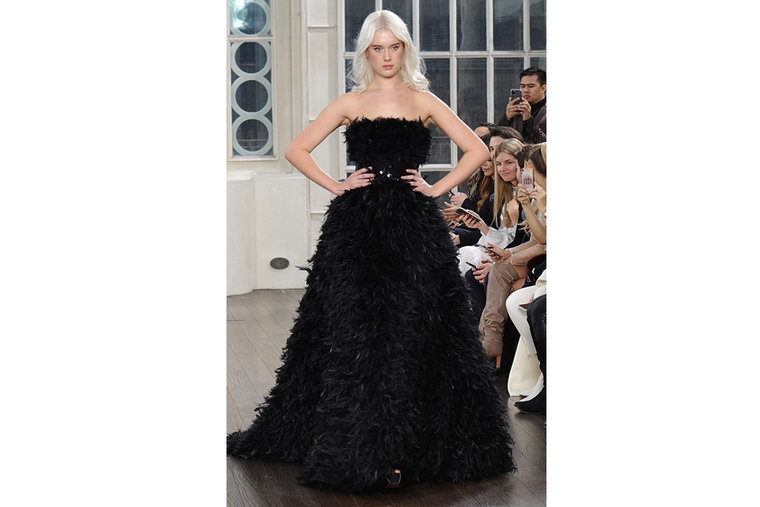 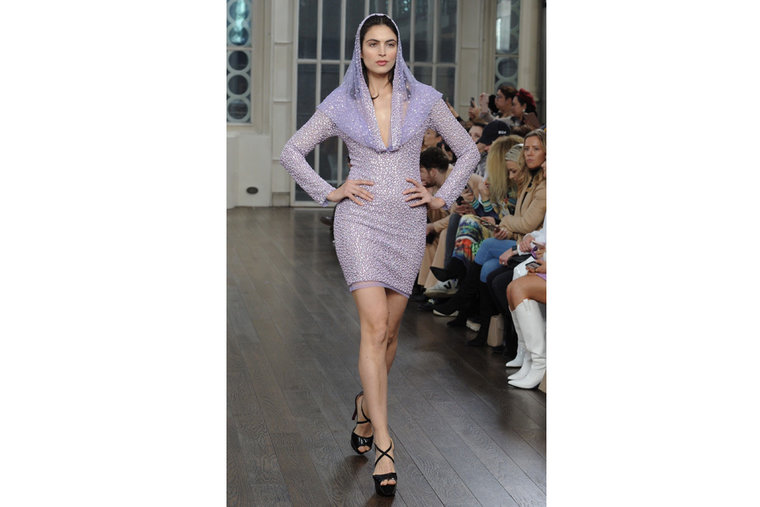 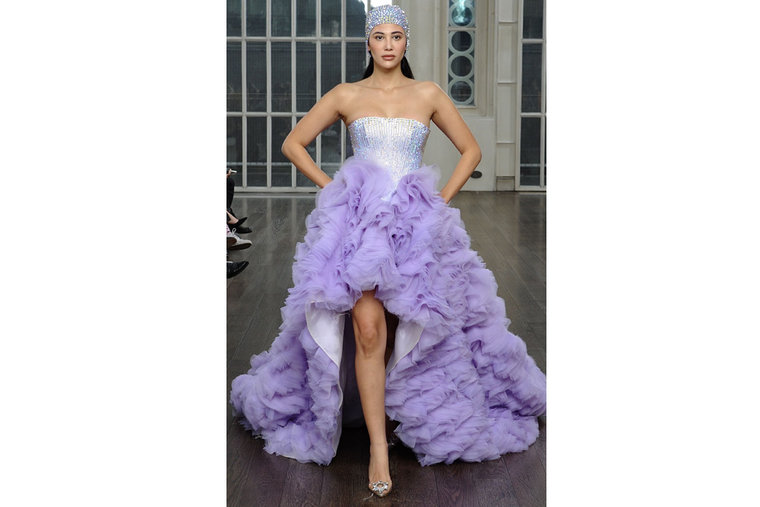 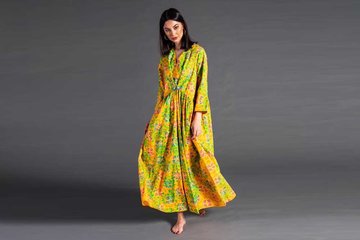