Naturally, some of the best looks from the standout collections came from the like of Gigi, Bella, Kendall and Kaia… 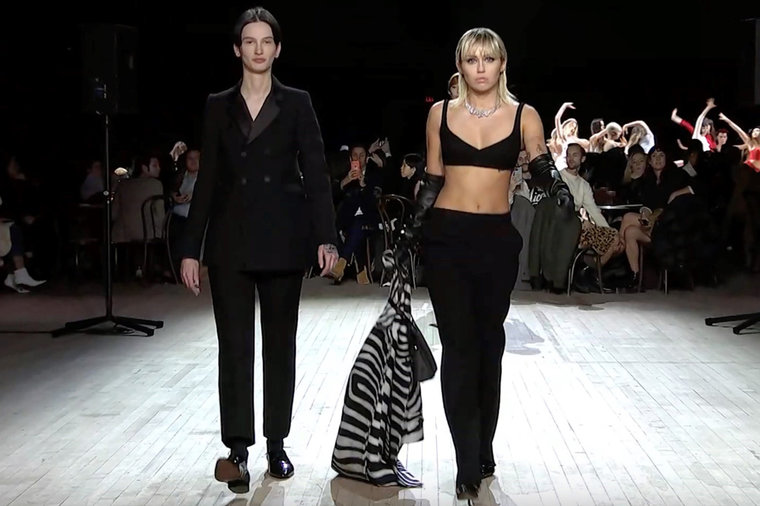 While there were more absences on the New York Fashion Week (NYFW) calendar than ever before, the autumn/winter 2020 collections didn’t disappoint. And as trends like highbrow bridal gowns, boho ponchos and capes emerged, the top-ranked models added their special je ne sais quoi while storming down the runways.

NYFW, the first stop during the much-anticipated month-long fashion extravaganza, started with a bang and on the opposite coast. Tom Ford staged an epic show in LA, kicking off Oscars weekend. And at his show inspired by the movie industry’s biggest hit films, the A-list audience, which included Kate Hudson, Zendaya, Renee Zellweger and Jennifer Lopez, got an A-list cast of models like Kendall Jenner and the Hadid sisters. One look Gigi rocked featured a patchwork denim skirt, black shearling coat and gilded feather earrings. She also stunned in a super sheer number while closing the show along with Bella and Kendall, who donned a similar long-sleeved black lace gown with a diagonal cutout and oversized velvet bow.

Back in the Big Apple, one of the other faces to command the runway was Kaia Gerber, who took the Coach runway by storm with the likes of Megan Thee Stallion and Michael B. Jordan looking on. Cindy Crawford’s 18-year-old daughter sashayed down the runway in a navy blue trench coat, a pink sweater adorned with lace and a long taupe skirt tied at the waist. Her edgy look included a pink purse with the word ‘Famous’ on it and trainers. Kaia walked runway after runway, just like Gigi and Bella, who turned heads once again at the Oscar de la Renta spectacle in a stunning red feather cape layered over a matching velvet minidress.

As expected, Marc Jacobs ended fashion week with a theatrical triumph. His show, which he called “Chaos and Form,” was a star-studded affair with top models, dancers from the Karole Armitage dance company and a super surprise appearance by Miley Cyrus. The Nothing Breaks Like a Heart singer modelled a black bra-like top with matching trousers and elbow-length black gloves, while holding a zebra-print coat. Project Runway judge and supermodel Karlie Kloss also grabbed attention in a long, sleek white skirt with a train and long-sleeved top in the same colour.

Click through to see all the others who spun their magic on the runway, including Coco Rocha who elaborately walked for the Christian Siriano show in a jaw-dropping sparkly black structured dress with oversized shoulders, trapezoid silhouette waist, long mermaid skirt and a wide-brimmed hat to top it all off. 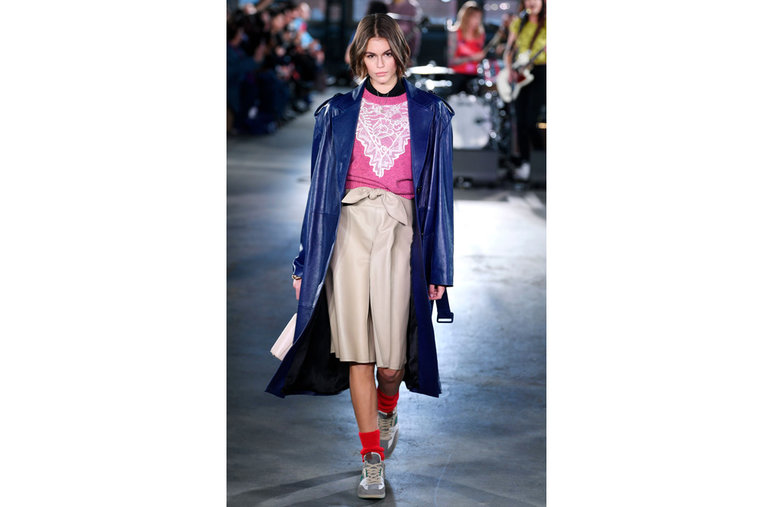 Kaia Gerber at the Coach show 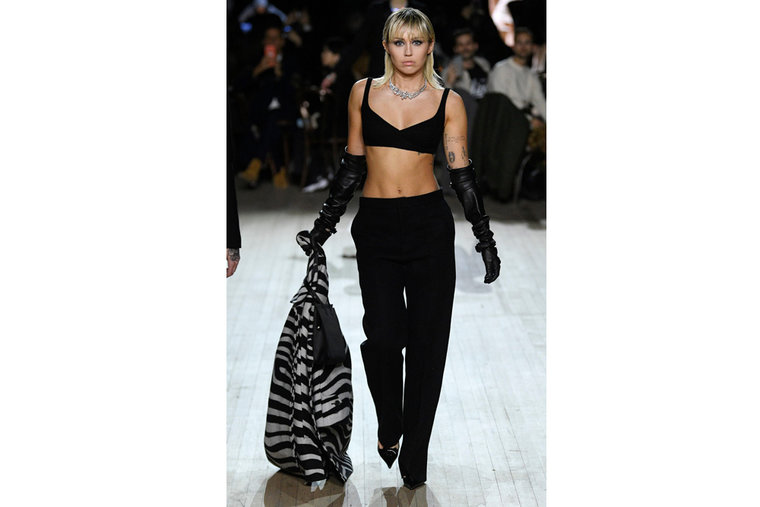 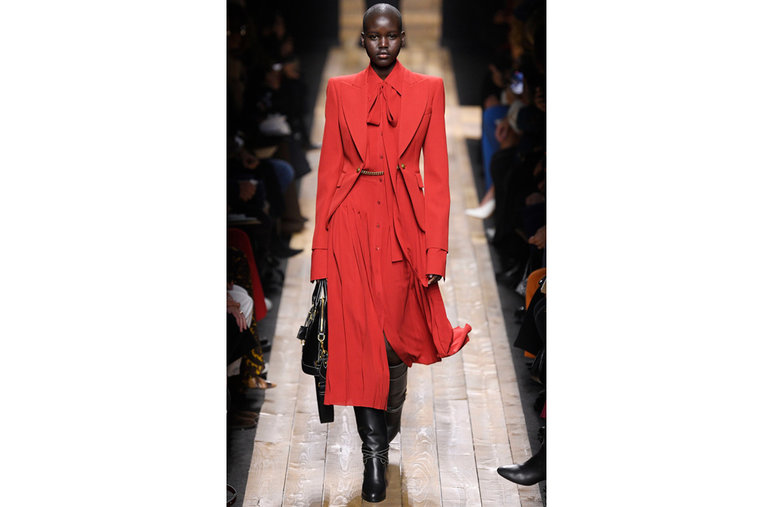 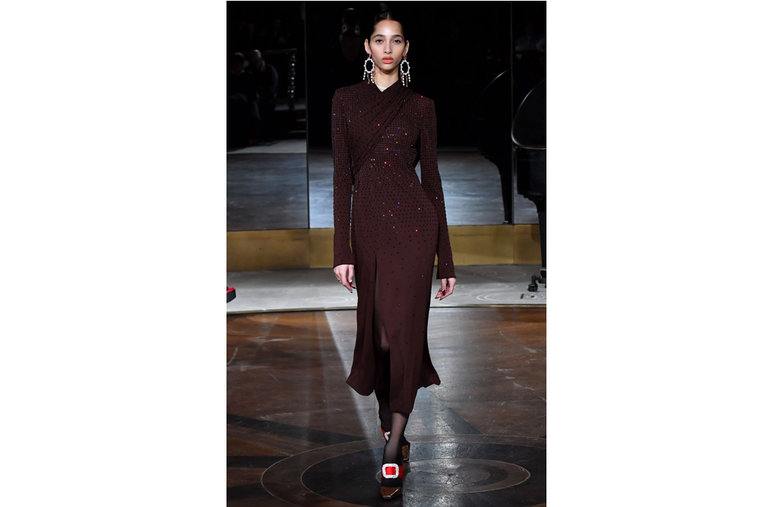 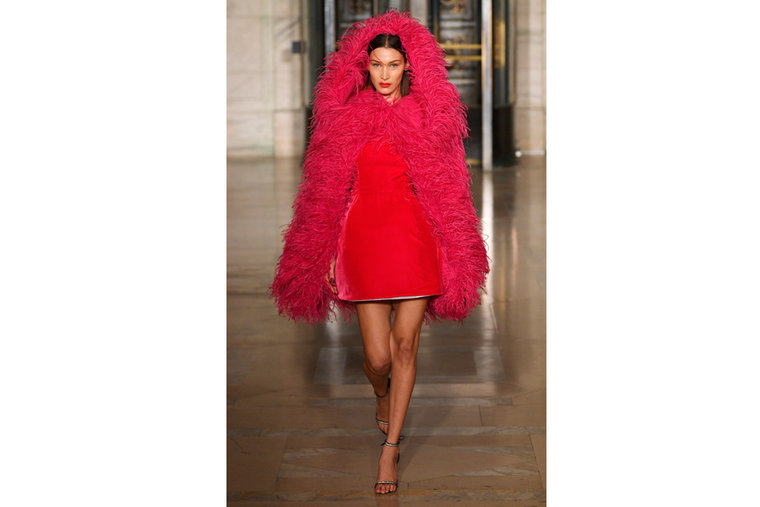 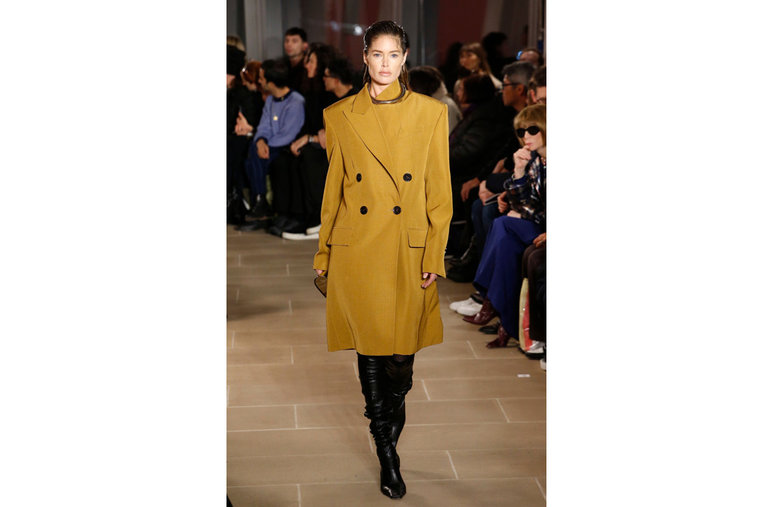 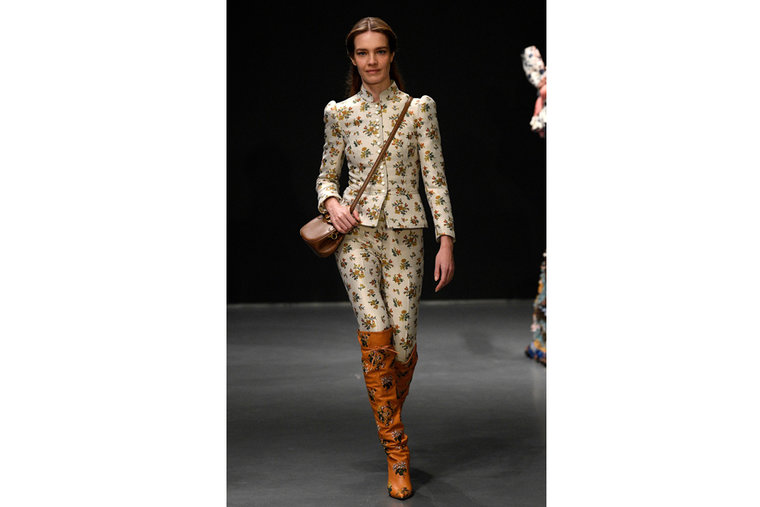 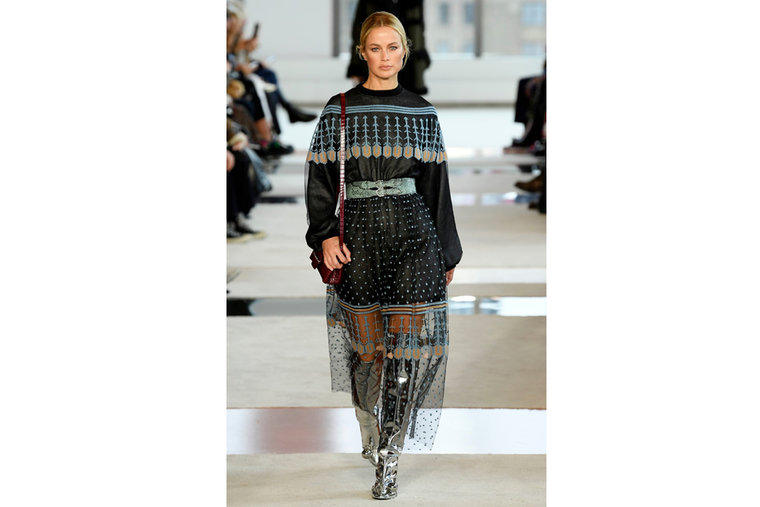 Carolyn Murphy at the Longchamp show 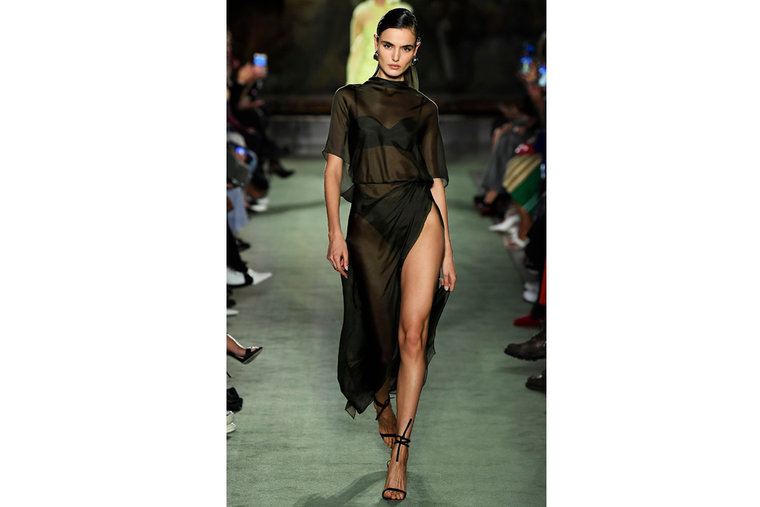 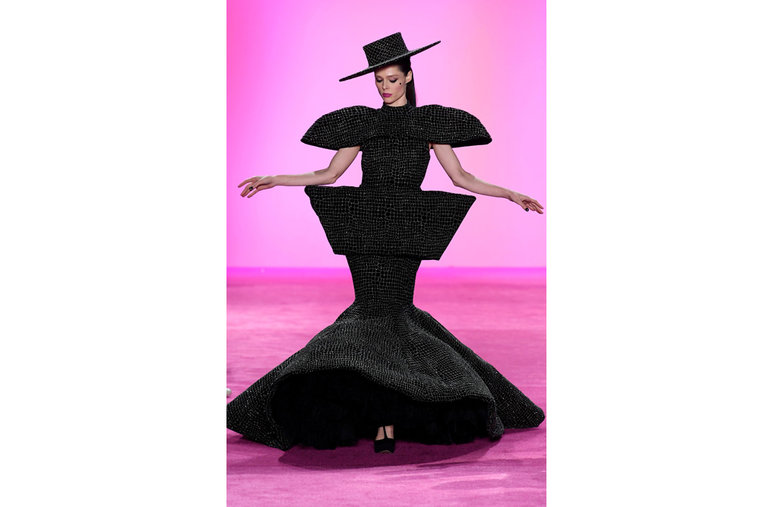 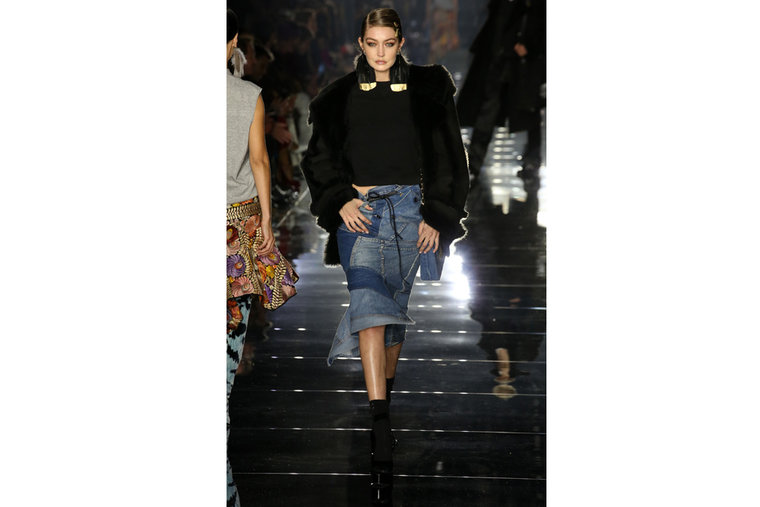 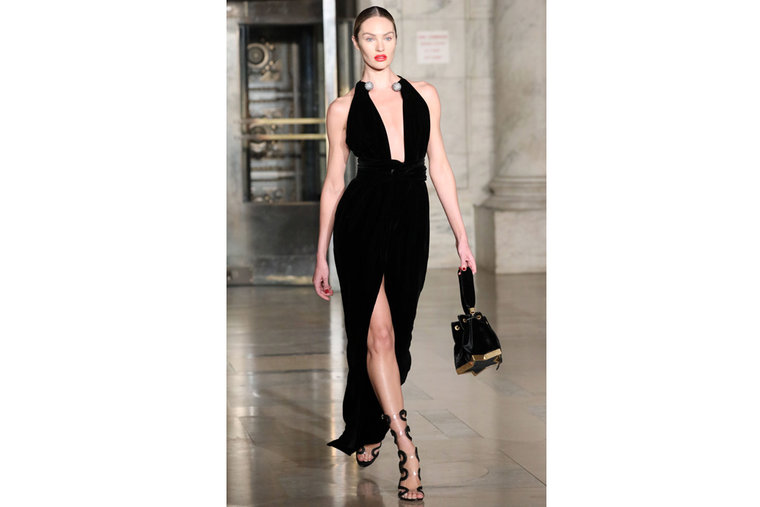 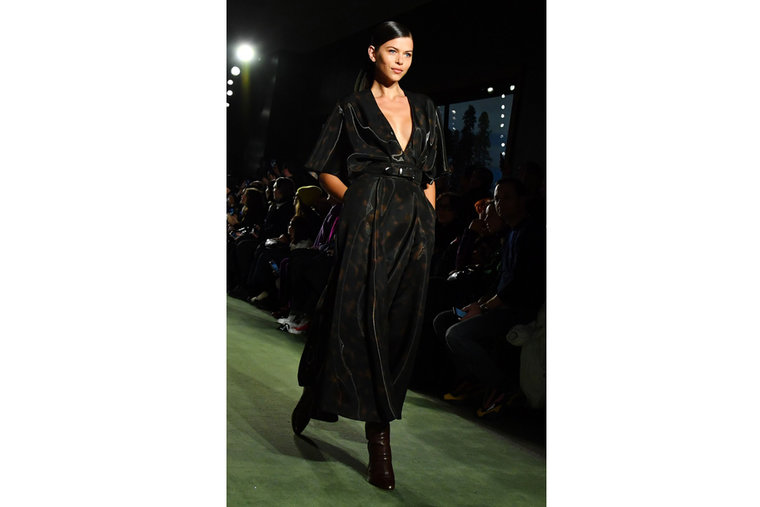 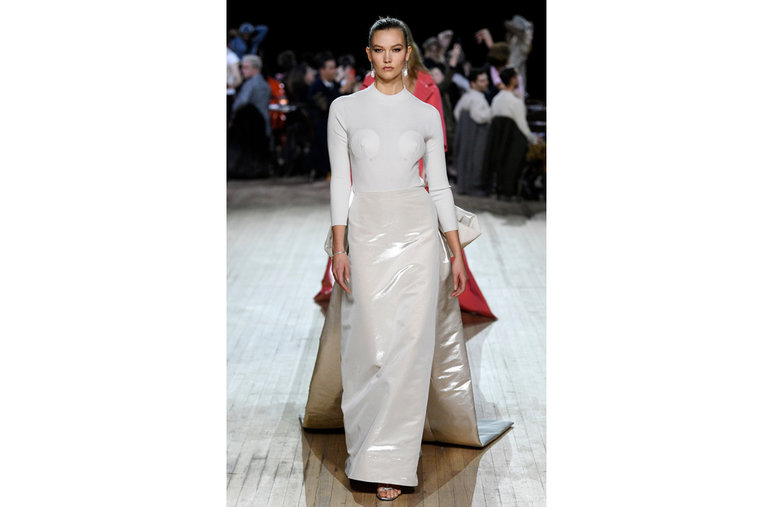 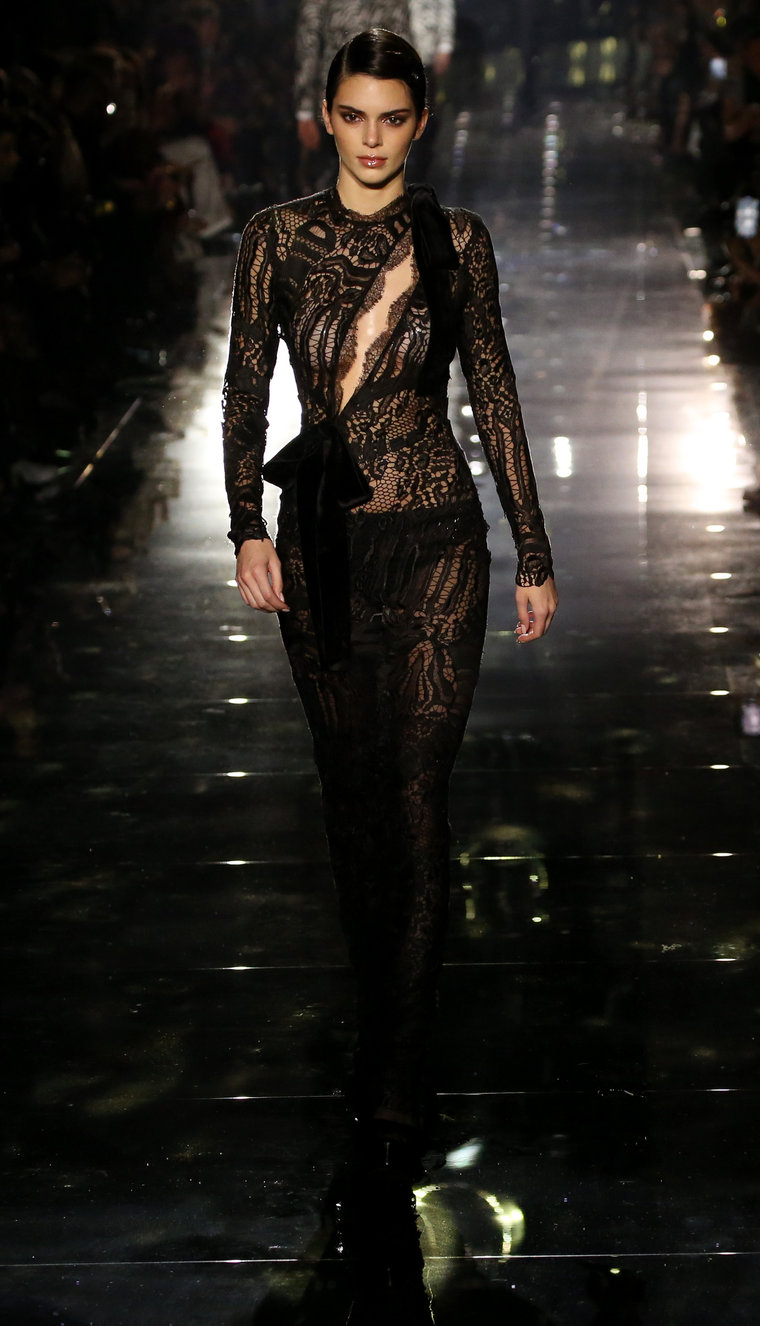