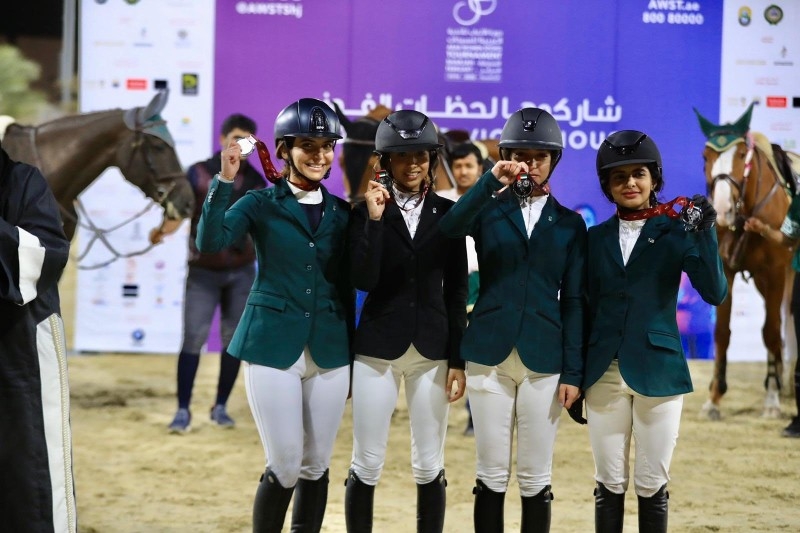 This week, in Sharjah, United Arab Emirates, female athletes from across the region met to compete at the 2020 edition of the Arab Women Sports Tournament (AWST), organized by Sharjah Women’s Sports. Saudi Arabia’s team did the nation proud, walking away with the silver medal, showing once again how women from the Kingdom continue to break boundaries and records.

According to Saudi Gazette, coach Badr Alfayez praised the performance of the team, saying that preparations for the tournament began with the participation of the team in the Saudi Arabian Equestrian Federation competition and Diriyah equestrian festival. He also explained that teams are preparing for another tournament organized by the federation, and will compete in an international tournament in Riyadh next April.

This is not the first time Saudi Arabian female equestrians have done the nation proud. Gifted show jumper Dalma Malhas, known as the first female rider who was set to represent Saudi Arabia at an Olympic event, added another milestone to her sporting career by competing on home soil for the first time ever in December last year, riding in the mixed Saudi national equestrian team at the upcoming Diriyah Equestrian Festival.