The new campaign by the American brand that is known for quality craftsmanship celebrates genuineness, individuality and those who pave their own unique way in life. 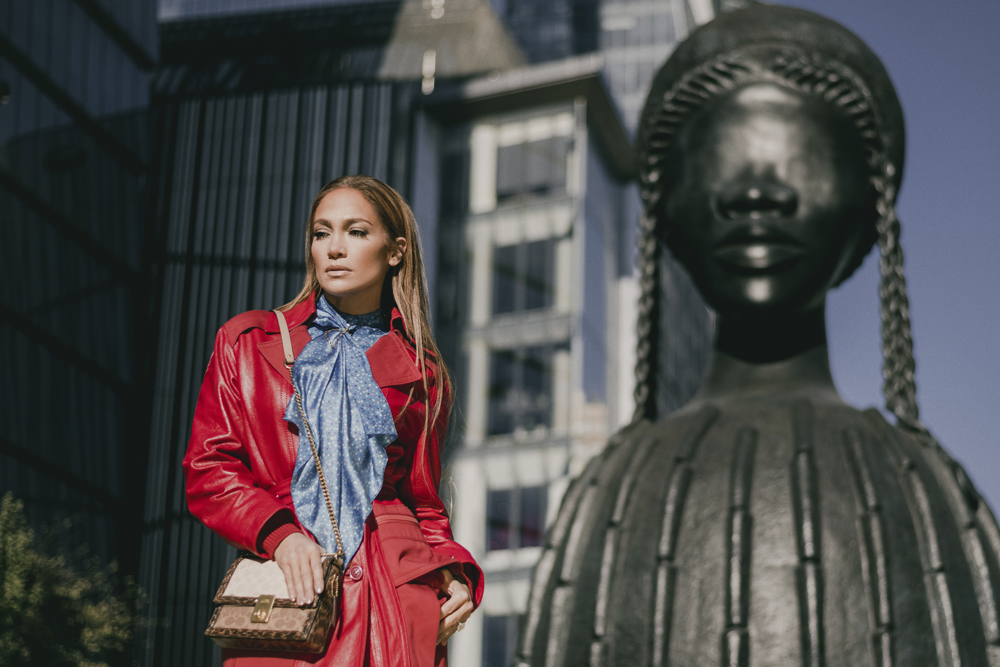 We’ve been waiting patiently after Jennifer Lopez was announced as Coach’s new global face in November, and her first official campaign has finally been revealed. The spring/summer campaign titled Originals Go Their Own Way was shot in New York City, which is Coach’s home and where the Latina star was born and raised. Jenny from the Block’s love for the Big Apple undoubtedly shines through in the snaps by magician Juergen Teller, giving the campaign that focuses on “authentic self-expression” just the right touch.

“In all it creates, Coach promotes individuality and optimism in its style as well as a sense of authenticity and inclusion,” the songstress said in a statement. “Like me, we’re both New York originals, who create a unique mix of high-fashion with street edge. With Stuart’s designs and Juergen’s photography, we captured special and unique visual moments for this campaign with the iconic New York City skyline as the perfectly tailored backdrop.” 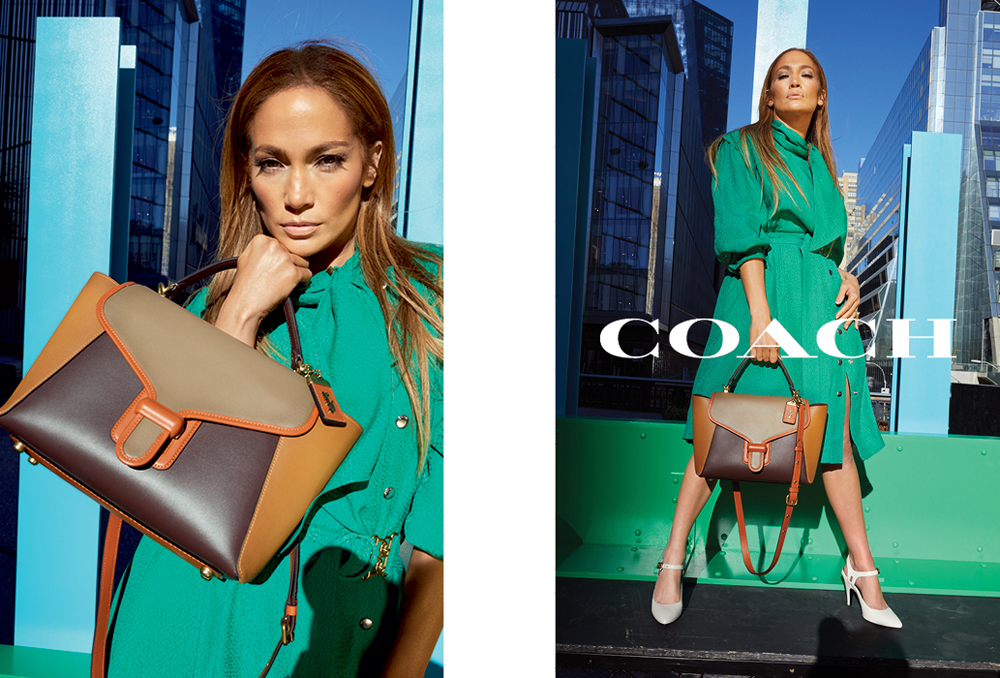 Reflecting the inclusive and optimistic spirit of the house and New York City, the campaign, which also stars Michael B. Jordan, is instinctive, real and playful. Lopez, a Bronx native, is seen in must-have bags, including the logo-embossed Hutton, the Rambler (not one, not two, but three of the colourful cross-body bags) and the Courier. She teams the gorgeous arm candy with pieces like a green puff sleeve chiffon dress, a red leather trench coat, a bright blue scarf and a Barbara Streisand sweatshirt.

To capture the spirit of NYC, Originals Go Their Own Way was shot in iconic locations around the city, including the Edge at Hudson Yards and the High Line, where Coach held its show for the spring collection. The images also feature Simone Leigh’s sculpture Brick House, a 16-foot tall bronze bust of a Black woman that is seen as a symbol of inclusion, optimism and strength. 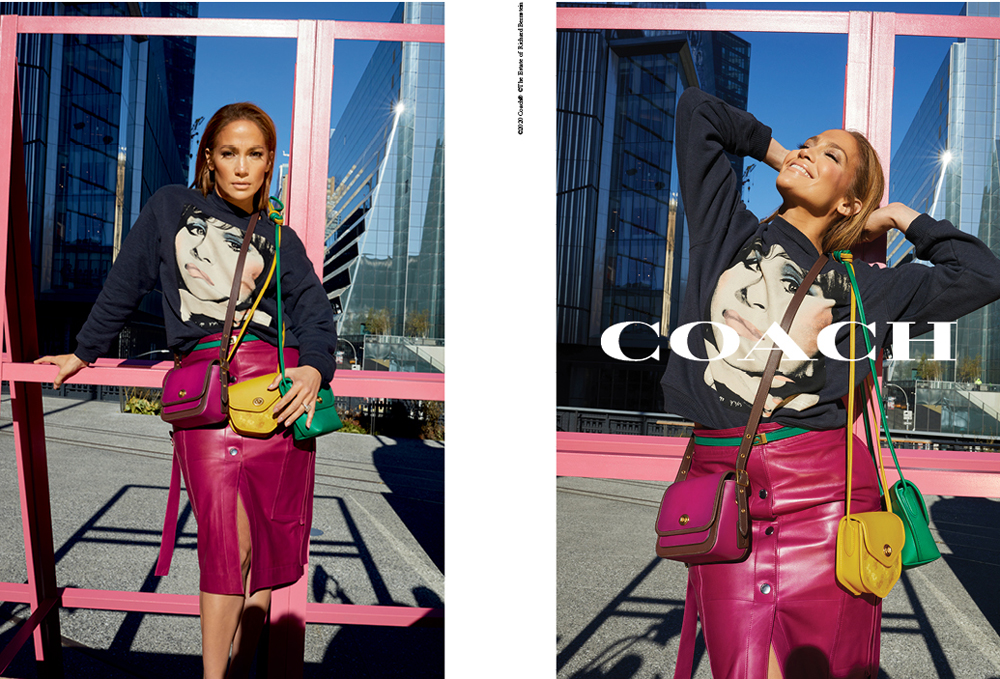 “At the start of a new decade, I felt instinctively that it was right to celebrate the colour, energy and optimism of New York, our hometown and inspiration as a house,” Stuart Vevers, the Creative Director of the luxury accessories and ready-to-wear label founded in 1941, said. “I loved working with Juergen to bring my vision for spring to life, and to tell the stories of Jennifer and Michael in a unique and authentic way.” 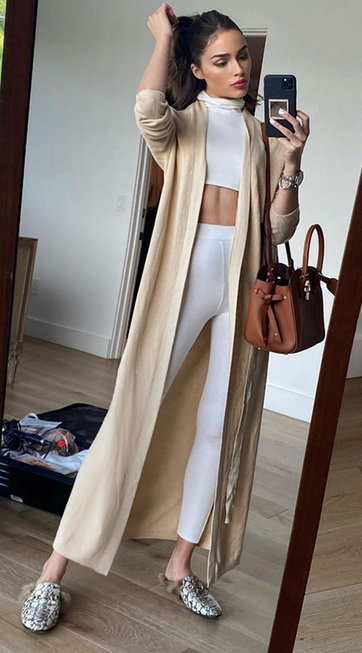 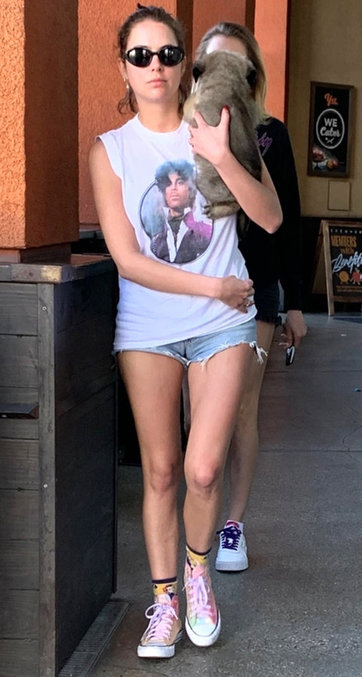