Some of these looks are really heavy on the drama… 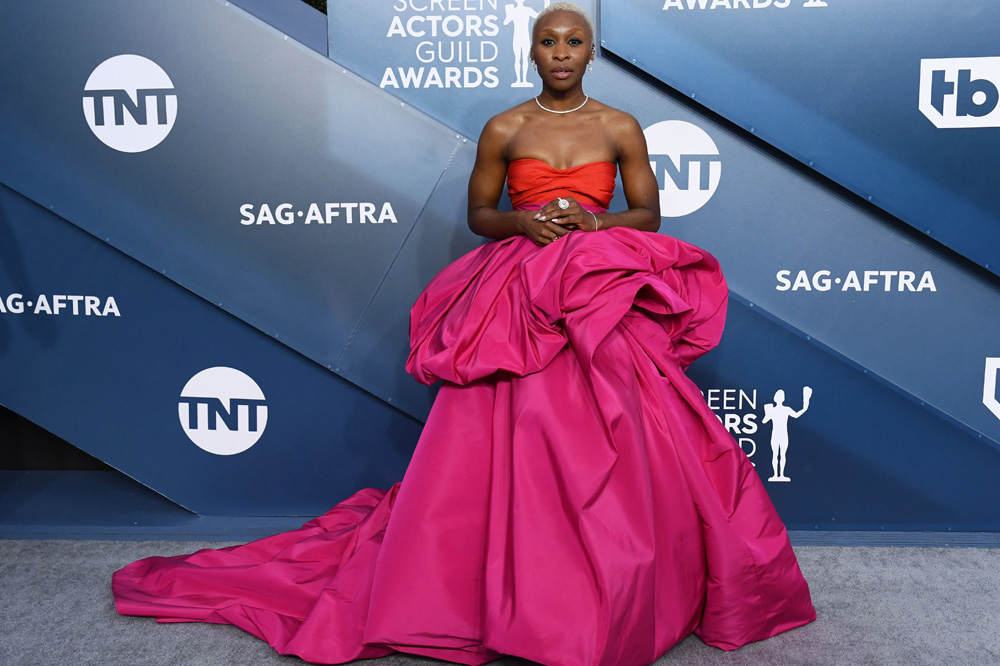 Celebrities continued to delight and surprise us with the chicest array of colourful looks while stepping out for the 26th Annual Screen Actors Guild Awards. And we’ve picked out our favourite cheerful looks from the latest stop on the awards season train, which took place at LA’s Shrine Auditorium.

While donning their finery for the silver carpet, some A-listers opted for gorgeous and bright or stunning and saturated standout colours. Breakout star and nominee Cynthia Erivo went for a fun and loud pop of colour in a show-stopping strapless Schiaparelli gown with a red top and theatrical hot pink skirt and train.  Another celebrity spotted in a head-turning , this time tangerine, was Kathryn Newton. The Big Little Lies star lit up the event in the neon puffy-sleeved smock-style dress by Valentino that came with a deep V neckline and pockets. Another cast member from Big Little Lies, Zoe Kravitz, gave off some Audrey Hepburn vibes in a peach column dress with a bow, accessorized with white gloves. Meanwhile, Sophie Turner offered us a bold pink moment in a belted strapless gown by Louis Vuitton.

Gurira wowed in a red, fitted simple yet sensual gown by Mugler, while another red-hot look came from Jennifer Garner, rocking a Dolce & Gabbana creation with spaghetti straps and voluminous skirt. And one of the best colour choices came from Scarlett Johansson, who stunned in a plunging teal satin gown. The Marriage Story and Jojo Rabbit star, nominated for two awards, wore a gown by Armani with a gorgeous crystal-embroidered back that ensured she entrance. Dakota Fanning was yet another actor in a gorgeous green hue. She gave us all the right mermaid vibes in her sparkly sea-foam green gown by Valentino, which featured a keyhole cutout around her midriff and a sheer panel on the back. 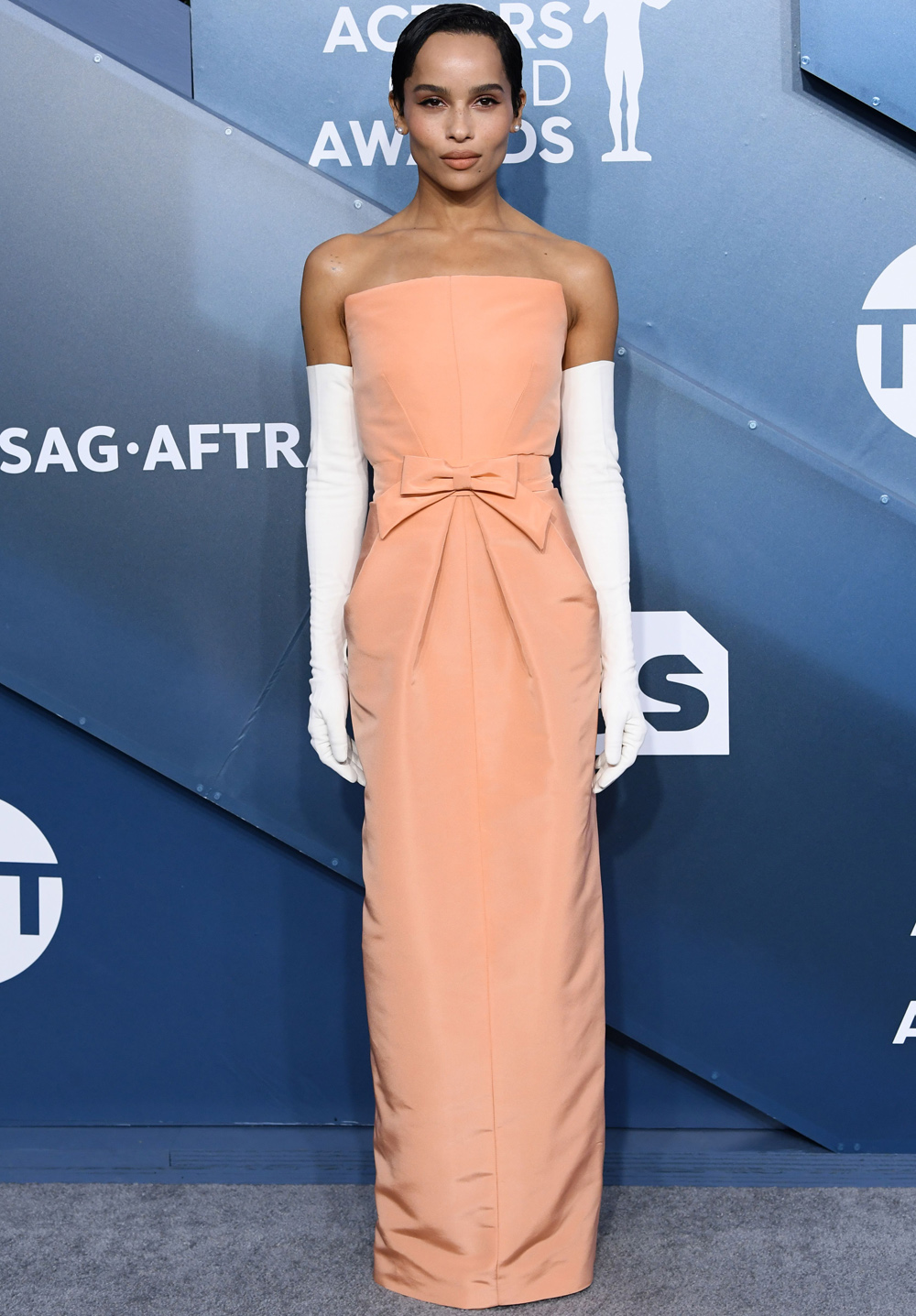 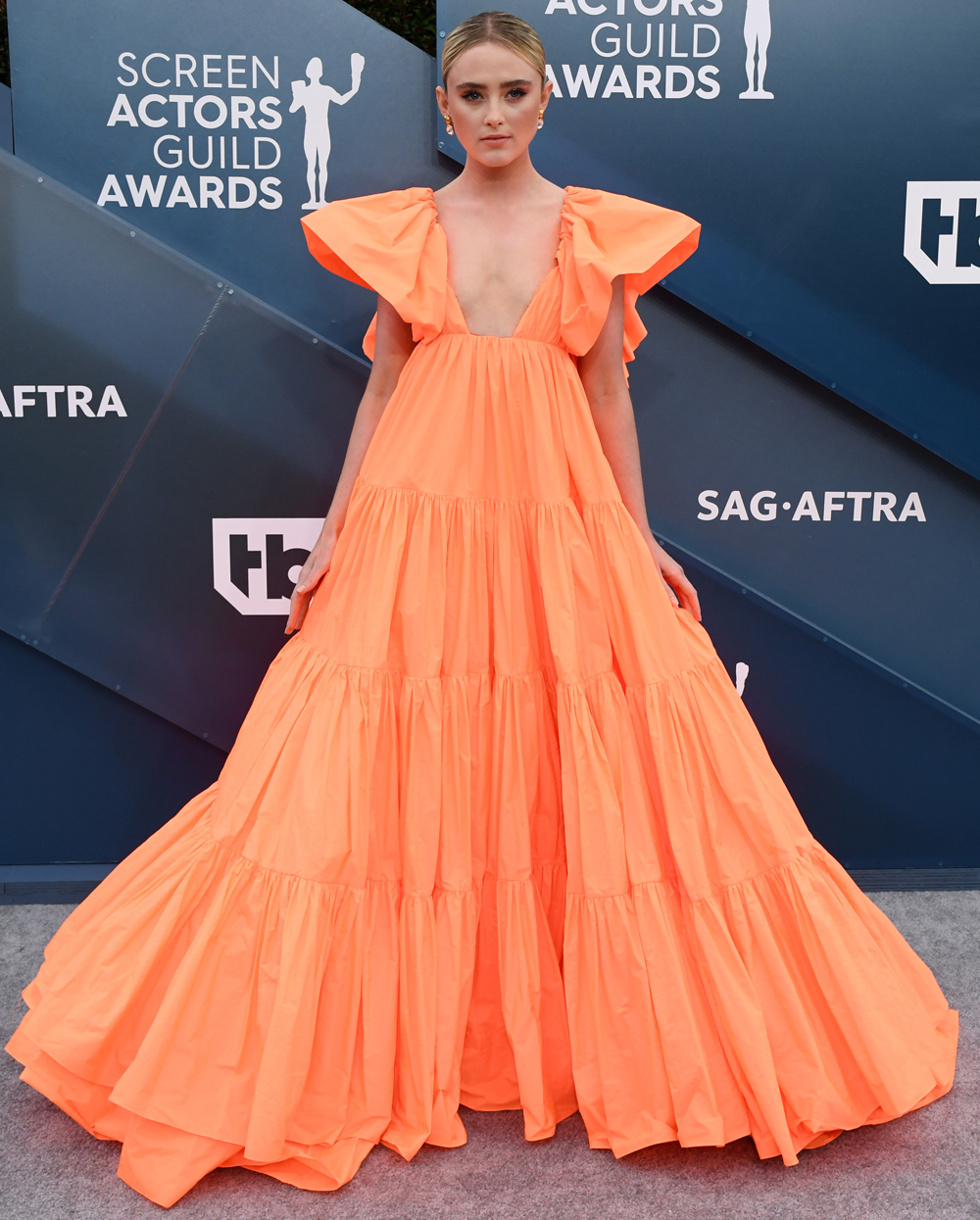 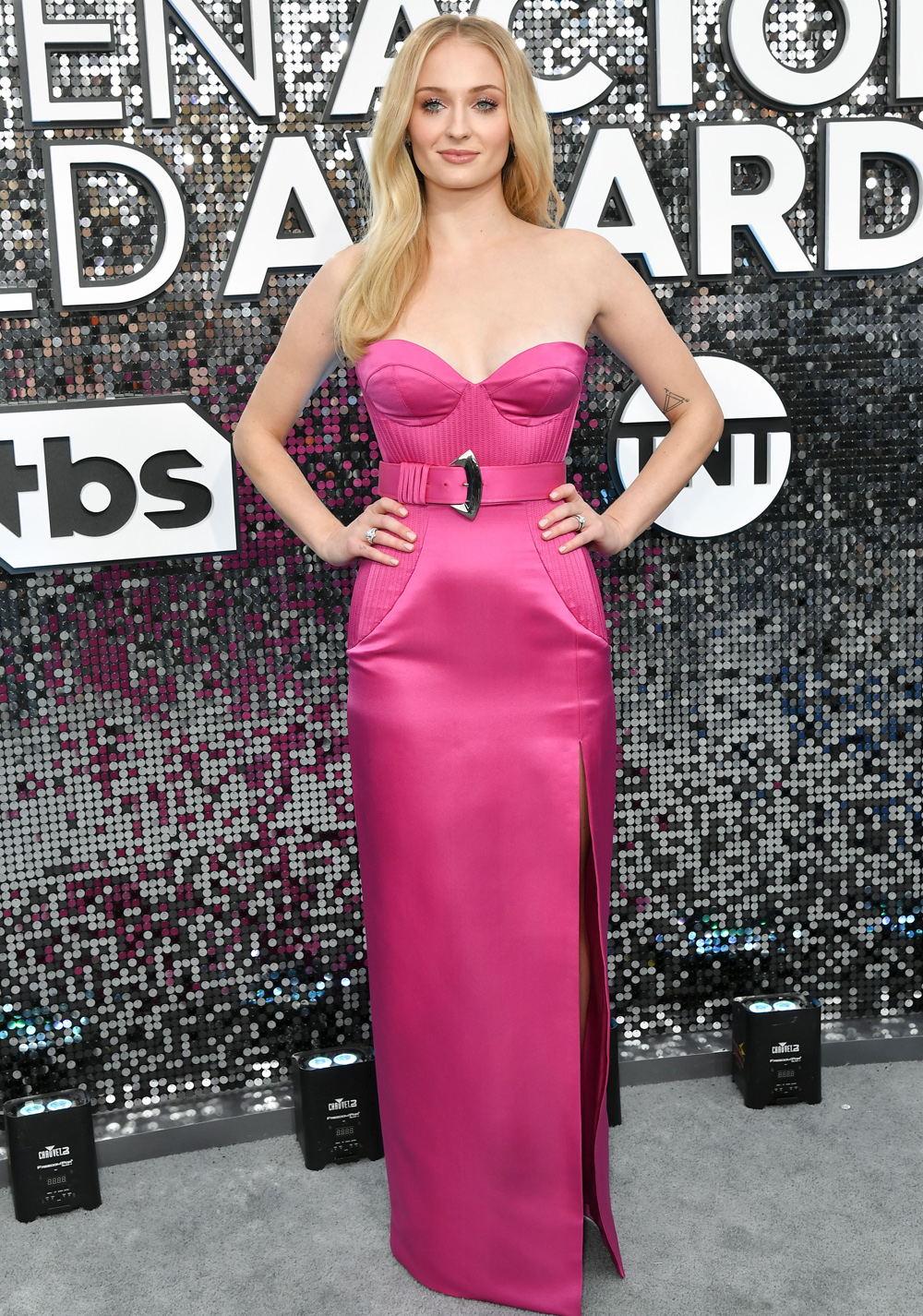 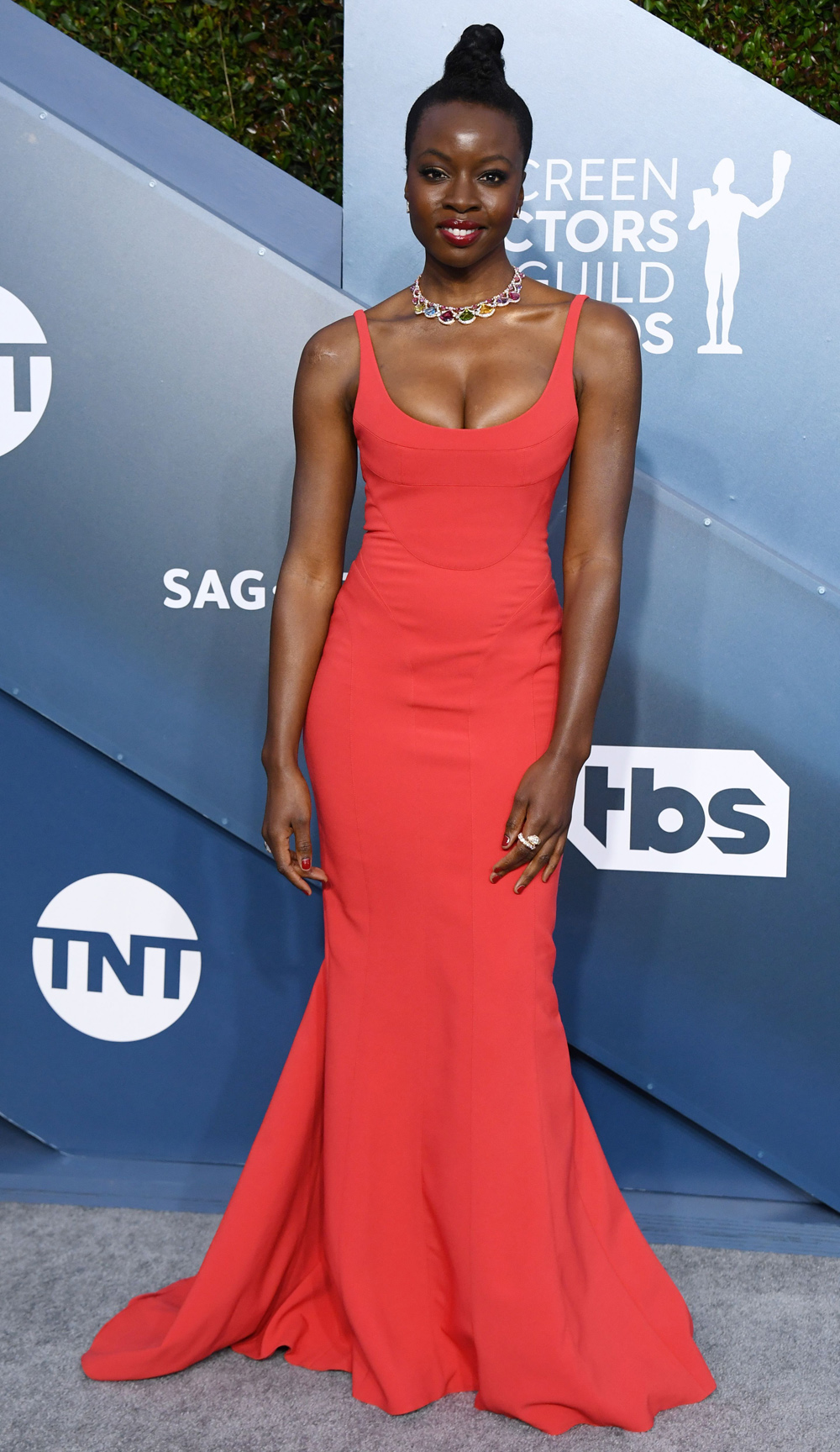 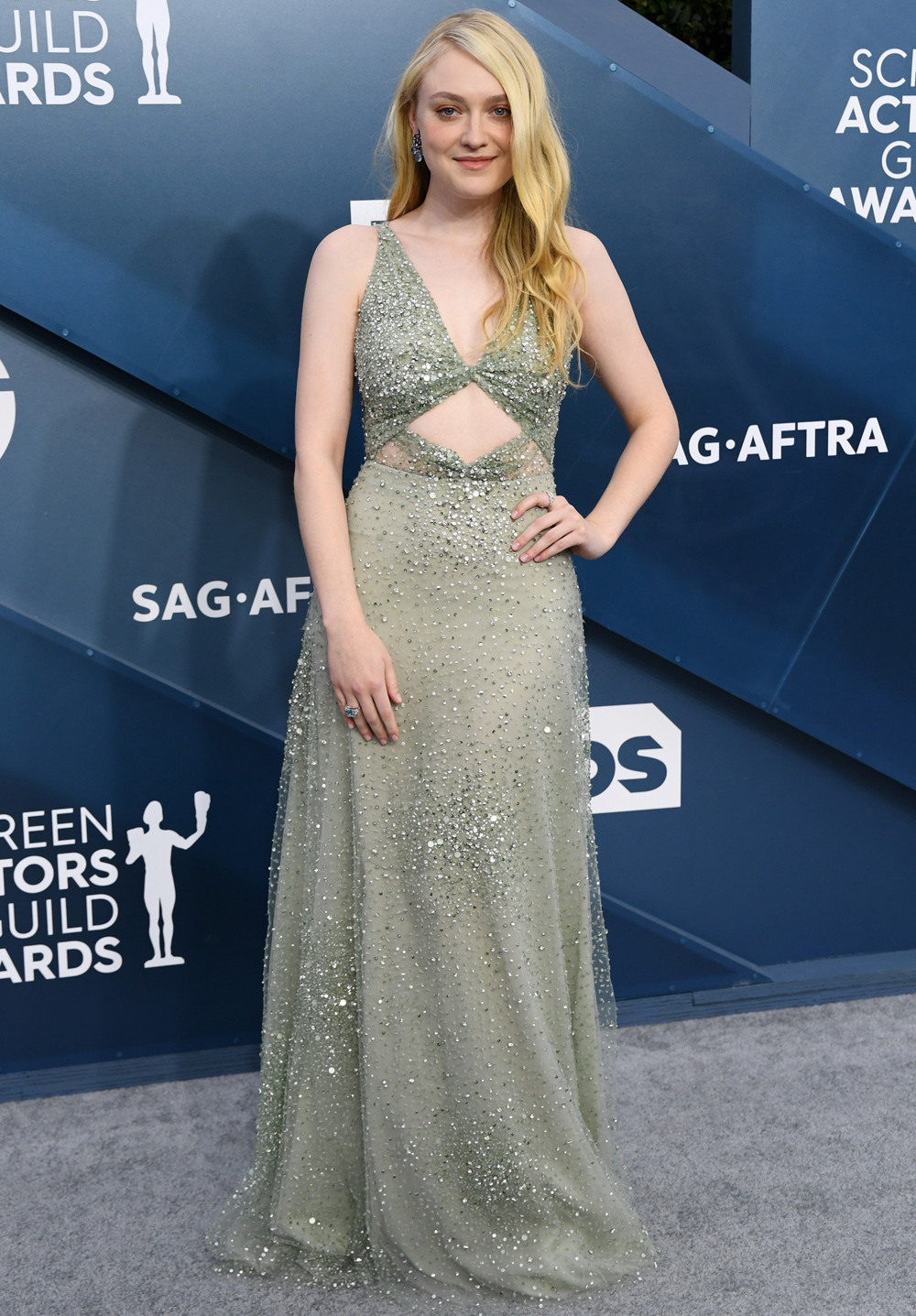 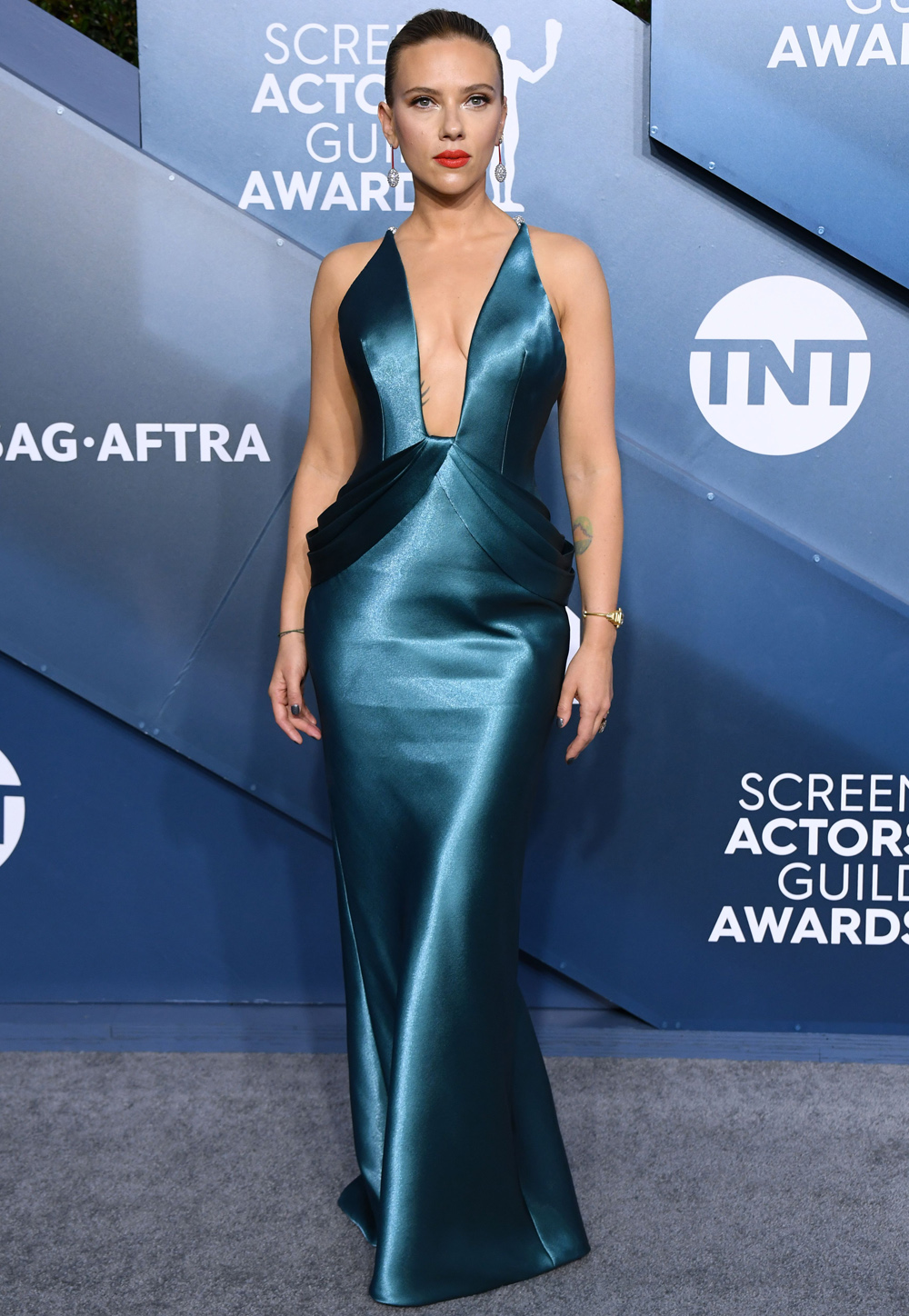 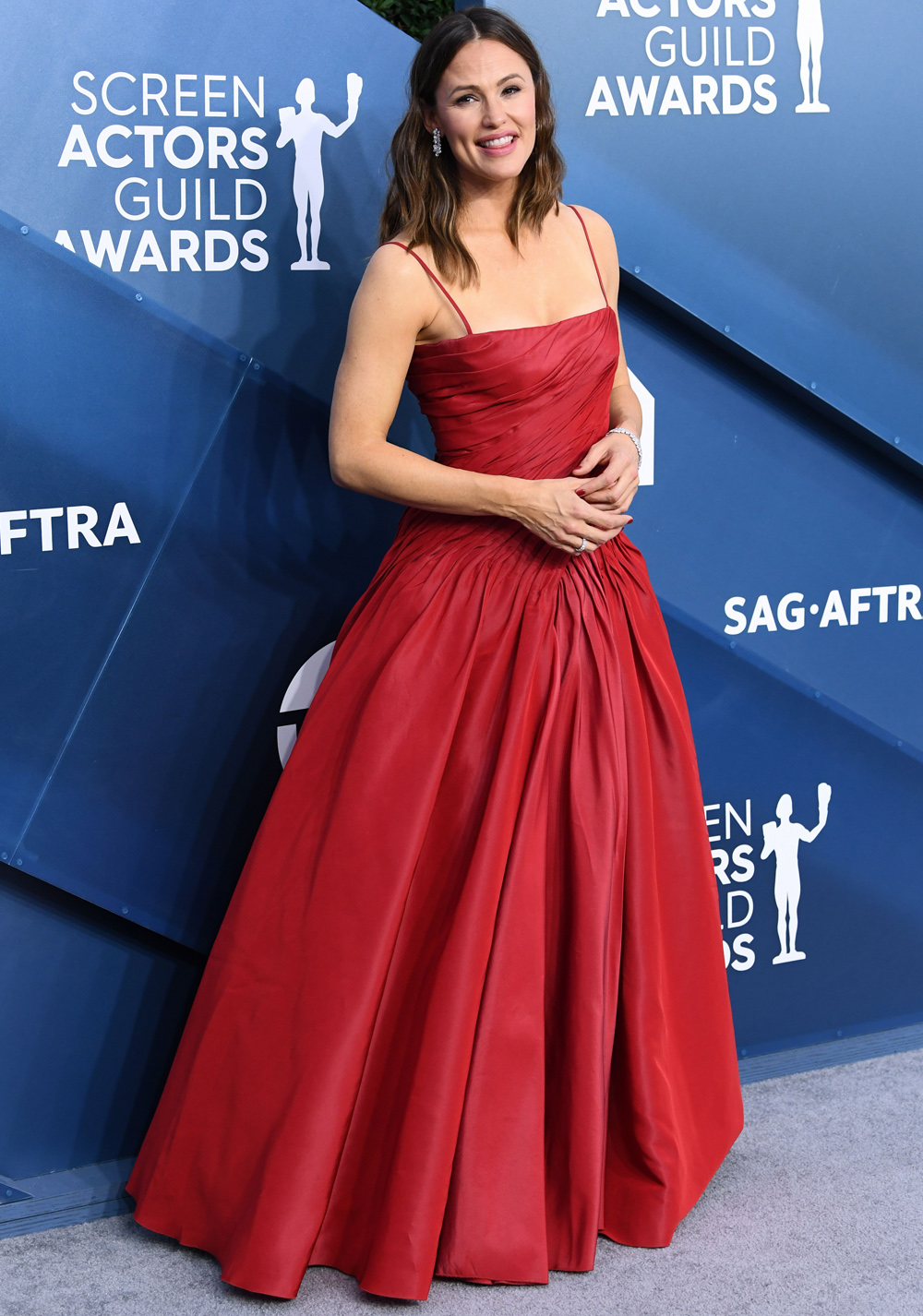 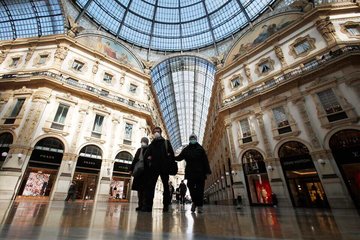 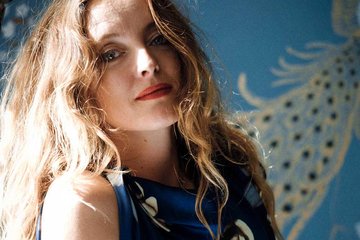