The silver carpet was stacked with so many memorable looks, making the 2020 SAG Awards the best fashion reference so far this awards season. 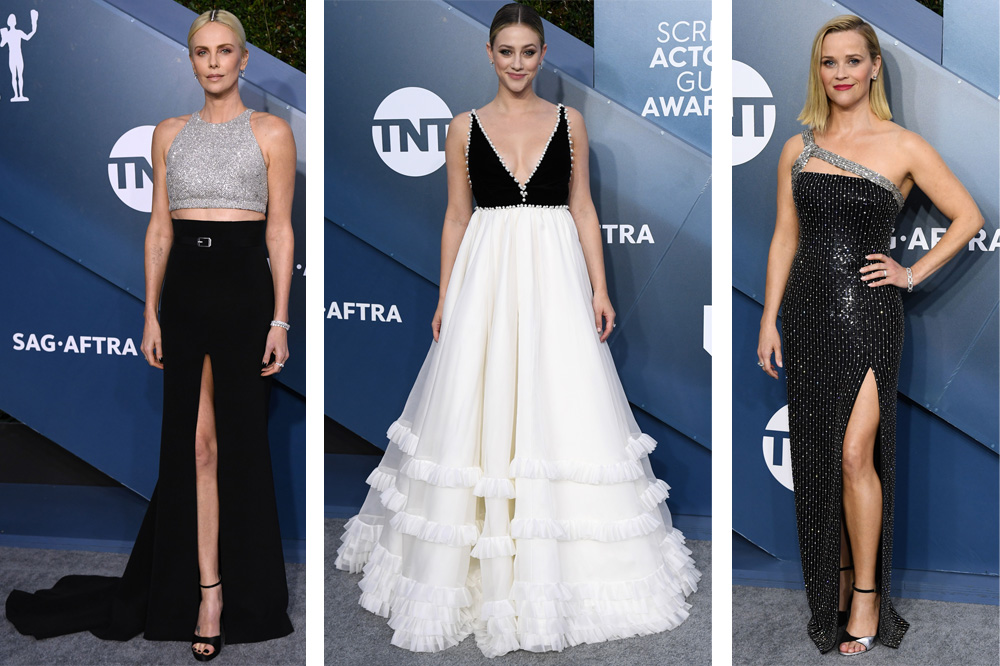 The fashion stakes during this year’s Screen Actors Guild Awards. As Hollywood's top film and television stars recently descended on the Shrine Auditorium in Los Angeles, they lit up the silver carpet thanks to what seemed like a more than usual spritz of glitz. Whether it was the metallic gowns, the shimmer of sequins, the unexpected hits or that classic Hollywood appeal, this is our pick of the top dazzling and dreamy looks.

A sea of black and navy gowns gave us the classic Old Hollywood glamour that will never go out of style. While nominee Nicole Kidman looked sleek in a navy, sequined Michael Kors number with a revealing slit, peplum waist and ruffled hem, winner Renée Zellweger was the epitome of chic in a midnight blue strapless satin column gown with structural top by John Galliano for Maison Margiela. nailing the red carpet, nominee Jennifer Lopez turned heads in a black off-the shoulder dress by Georges Hobeika featuring a satin neckline, impressive bow detail and a long train. The Hustlers star also made jaws drop by accessorising it with a cool $9 million worth of Harry Winston diamonds. Winner Michelle Williams stunned in another elegant off-the-shoulder black dress, while producer and actor Reese Witherspoon offered some sci-fi glam with her black one-shoulder Céline column gown with effective sparkle.

Quite a few of the evening’s stars, like Lili Reinhart, Allison Janney and nominees Lupita Nyong'o and Christina Applegate, brought A-game in a mix of black and white, yet winner Jennifer Aniston timeless in pure white silk. The Morning Show actor’s exquisite vintage figure-skimming Christian Dior gown by John Galliano left little to the imagination.

Dressed in Givenchy , nominee Charlize Theron added an unexpected touch to her belted black crepe de chine skirt via a silver hand-embroidered crop top. Fleabag star and Phoebe Waller-Bridge also included a daring dash by rocking a sleek bandeau top with a jewelled overlay from Armani . Another unpredictable look came from Once Upon a Time in Hollywood actor Margaret Qualley. She gave us perfect evening suit inspiration in iridescent black wool crepe jacket and trousers from Chanel, teamed with a shimmering navy silk blouse and camellia brooch from the French house. 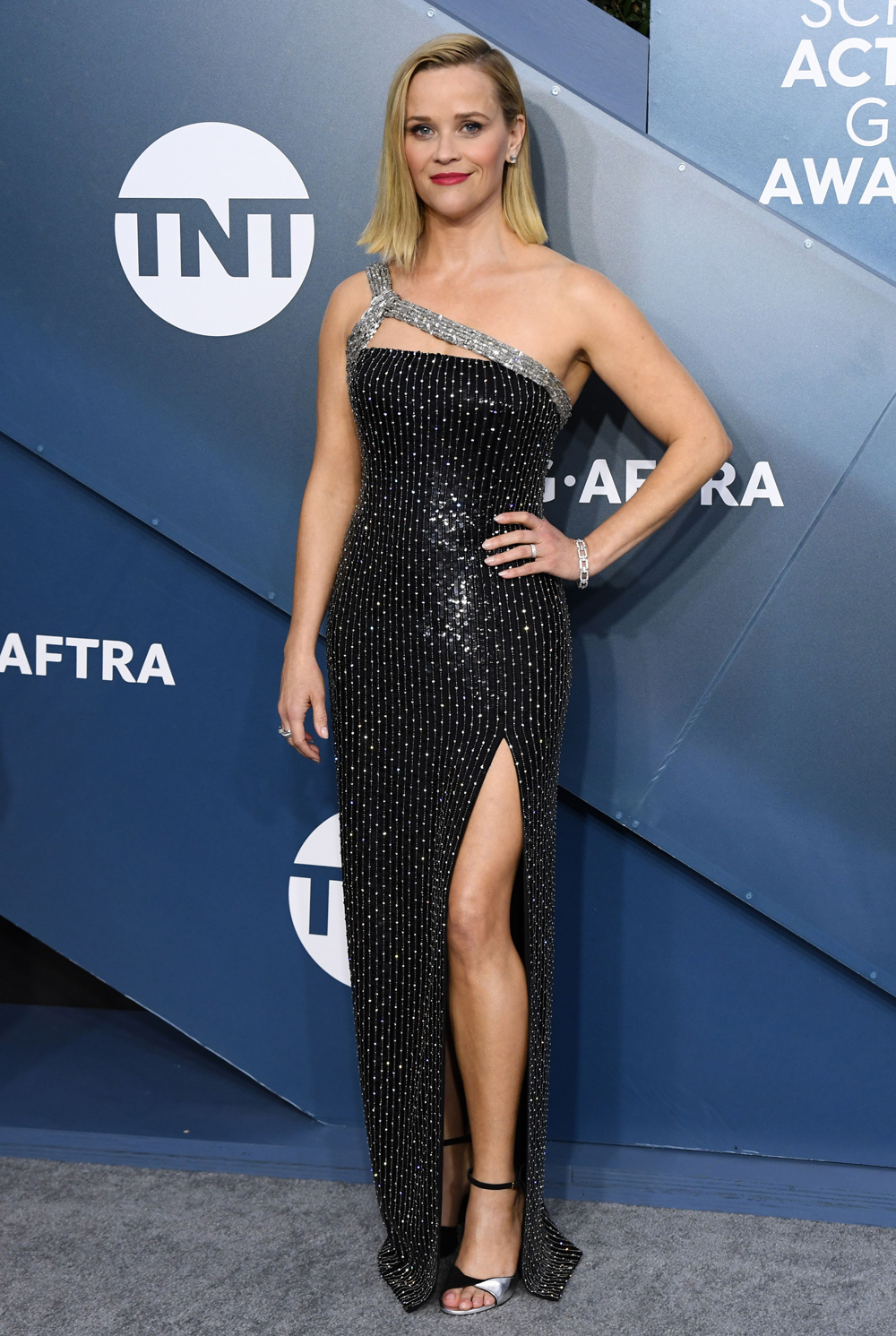 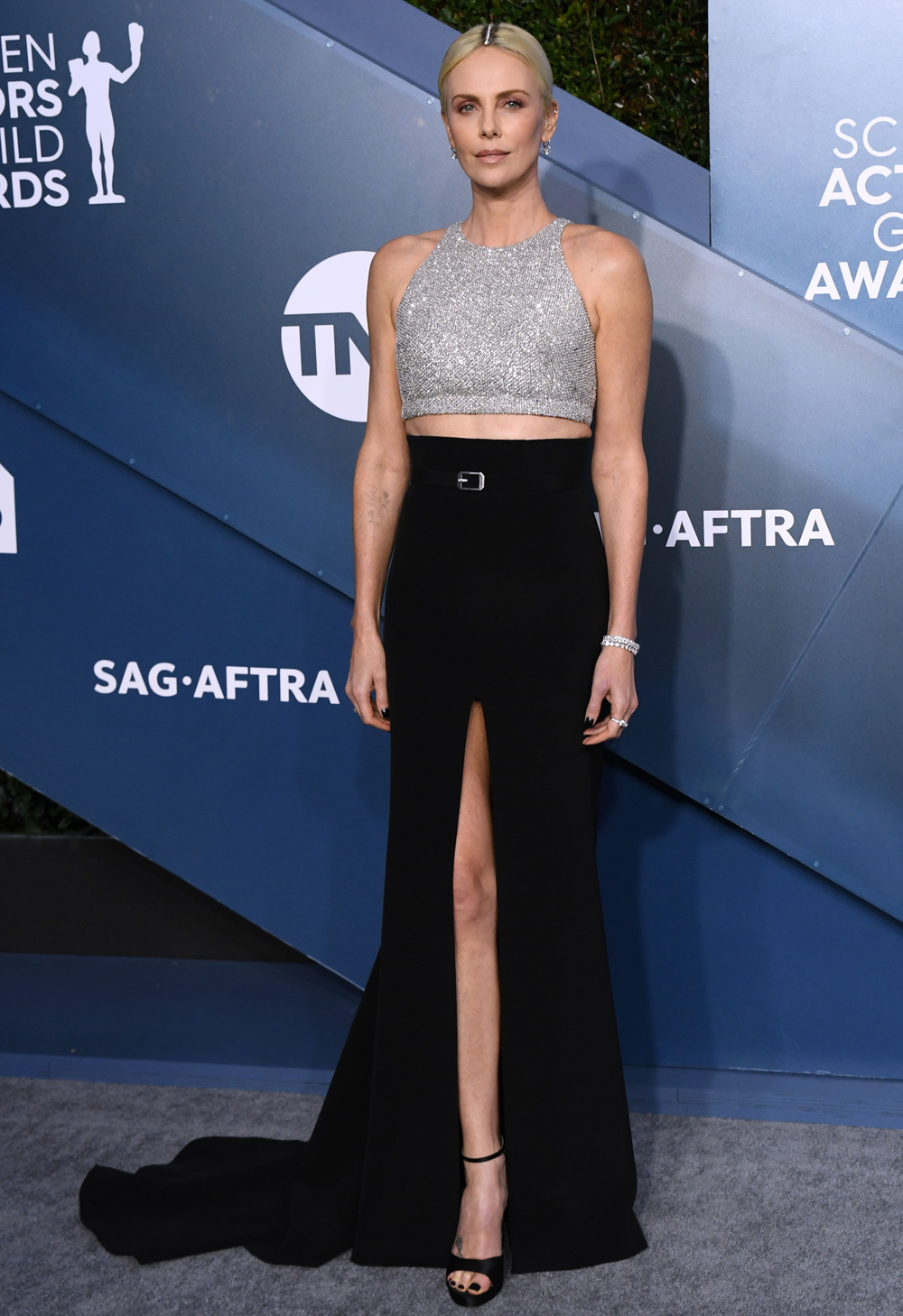 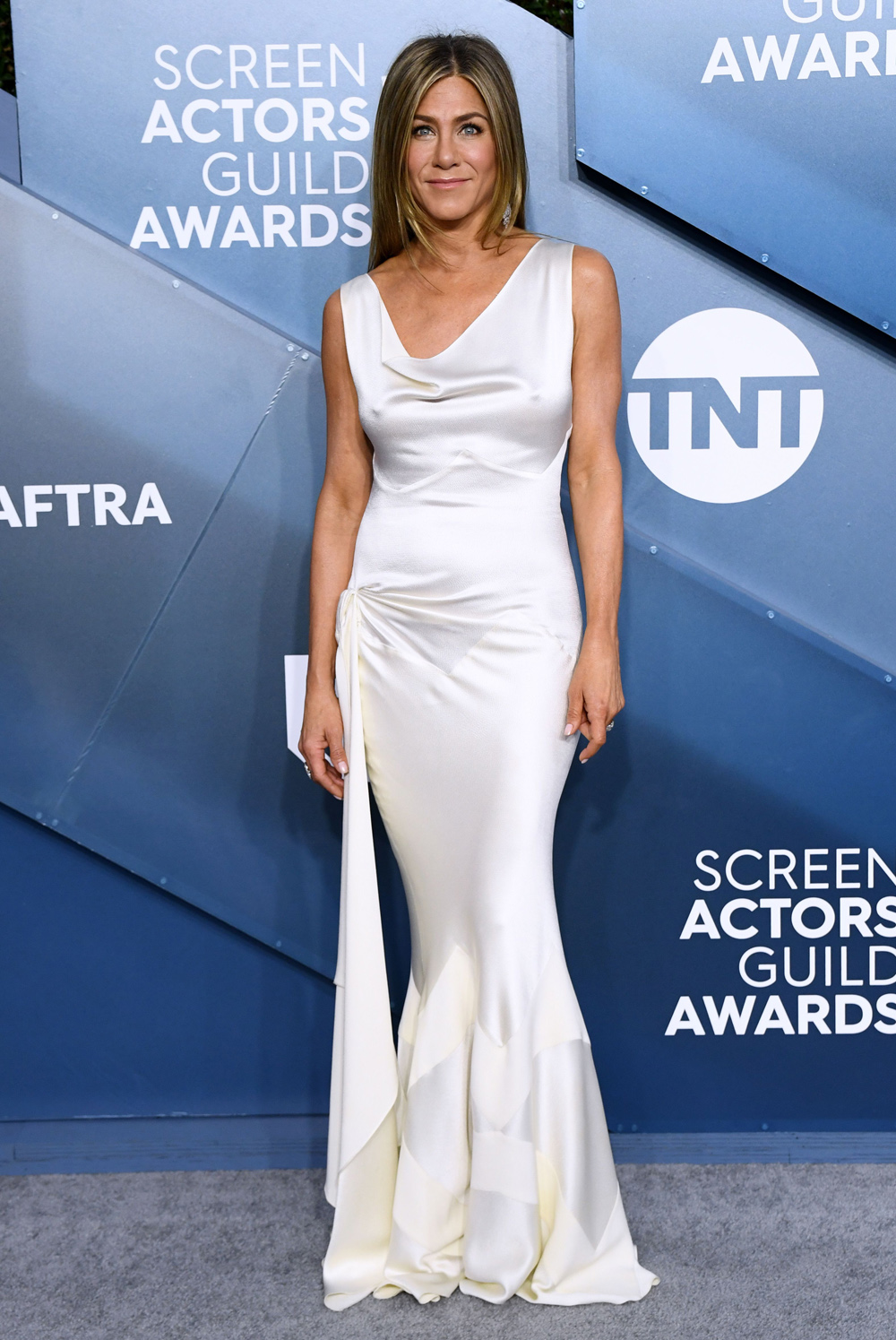 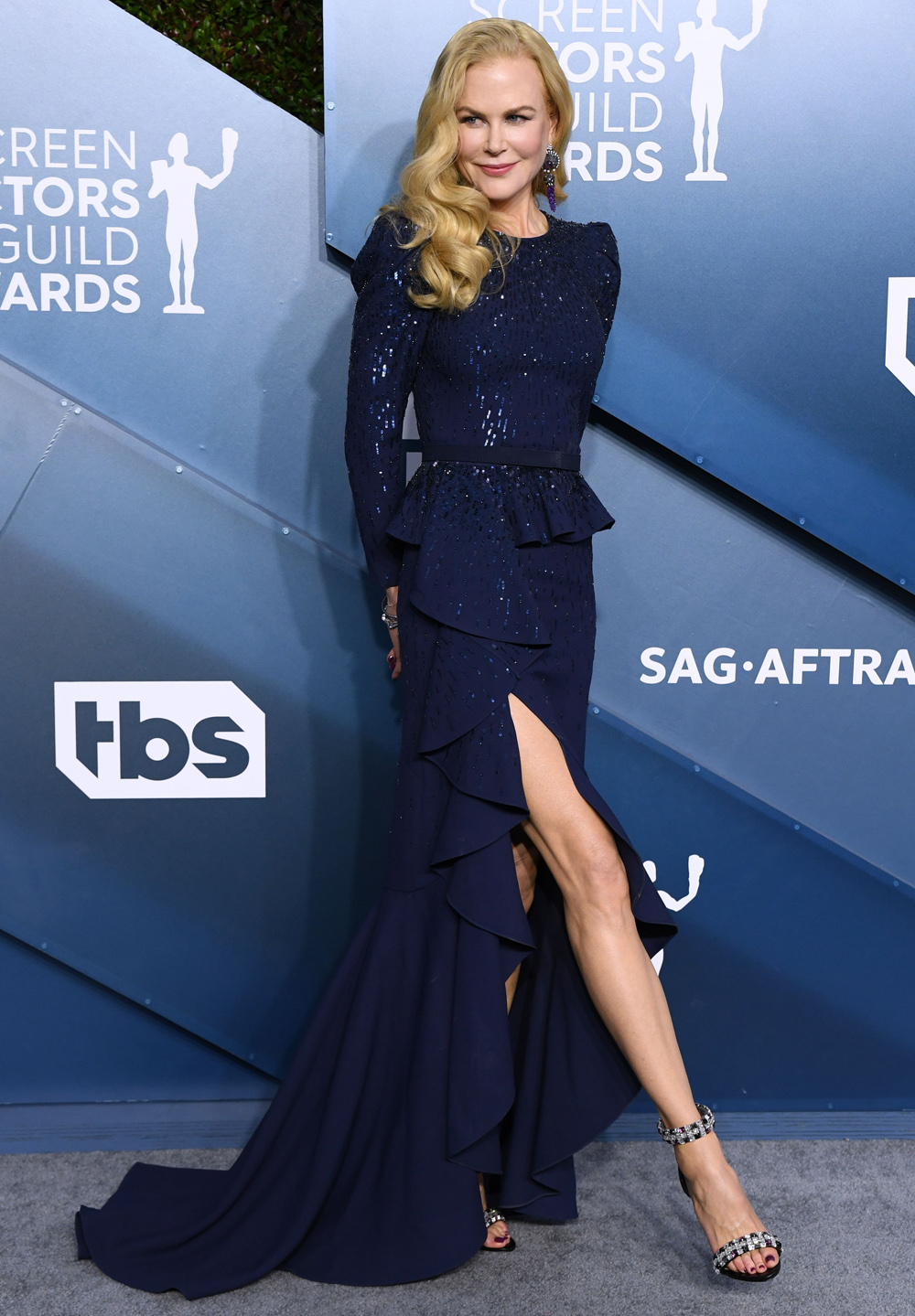 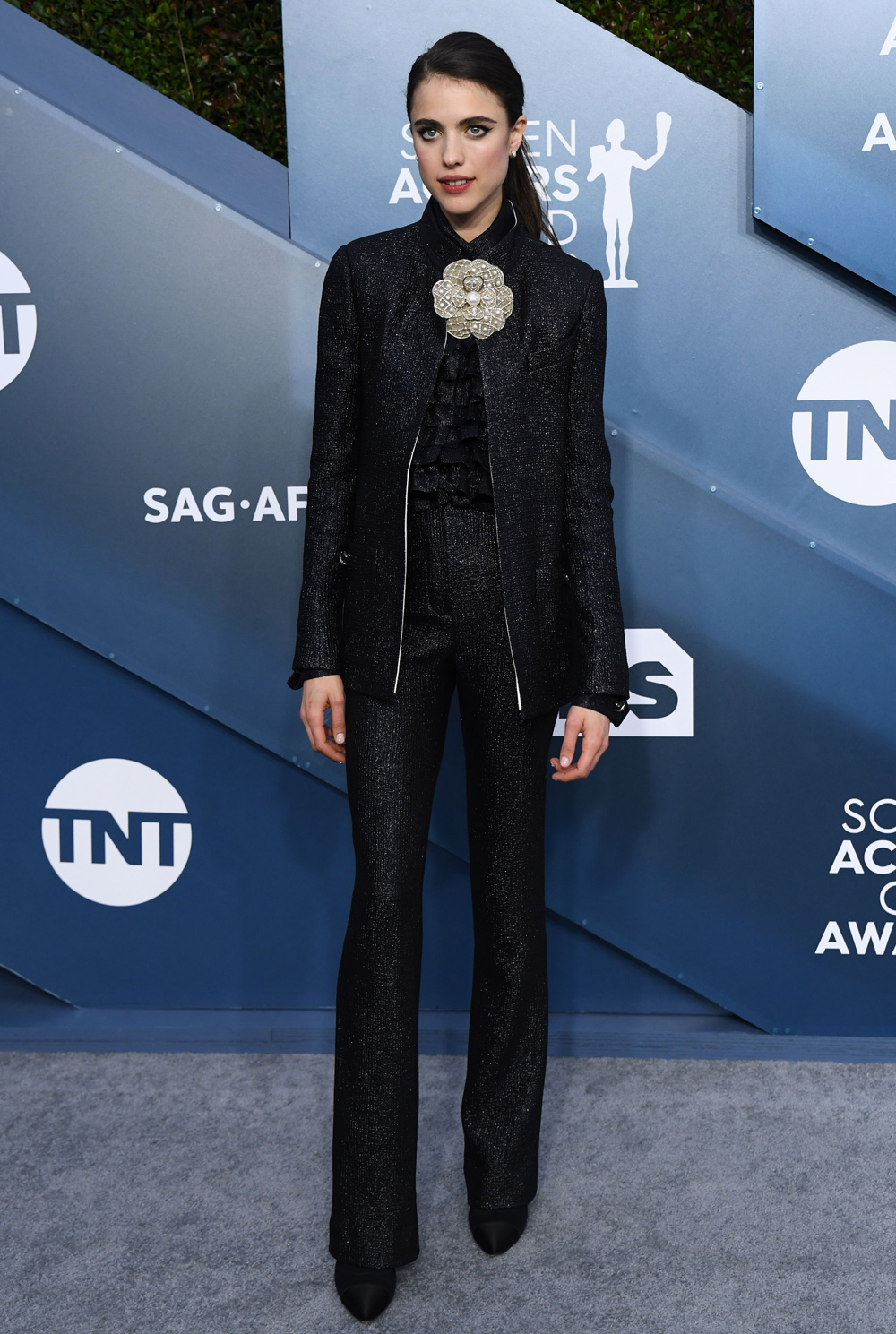 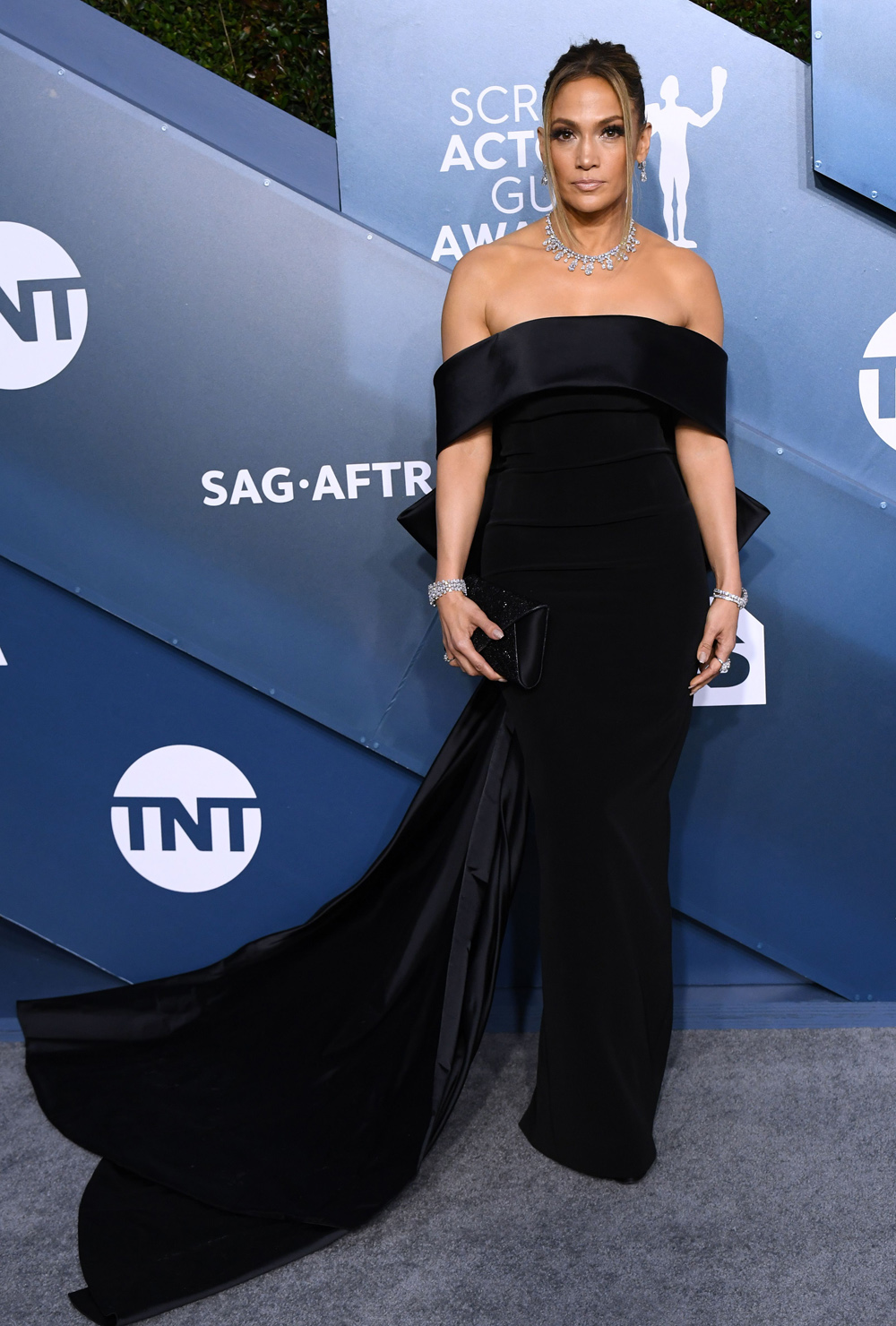 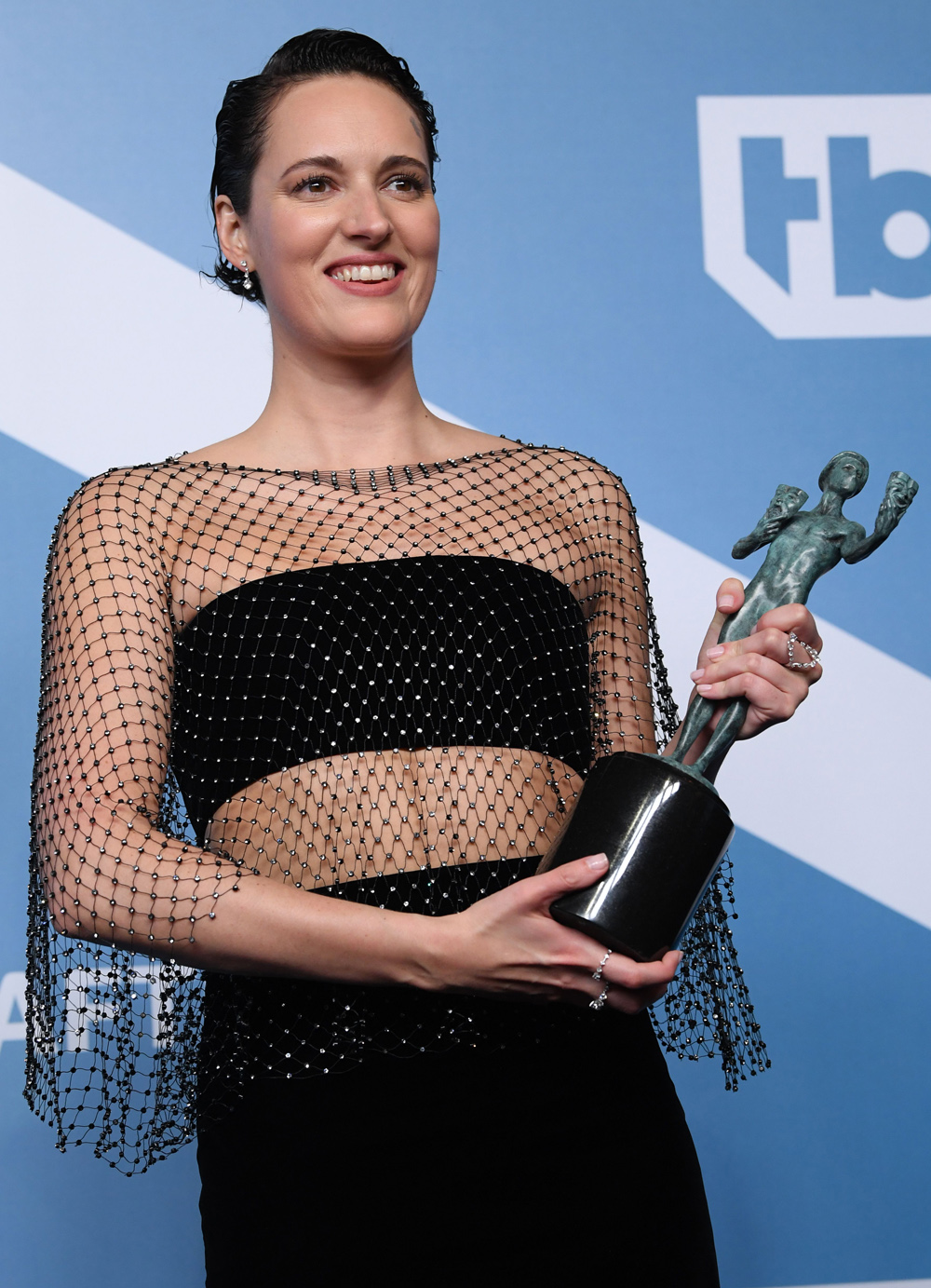 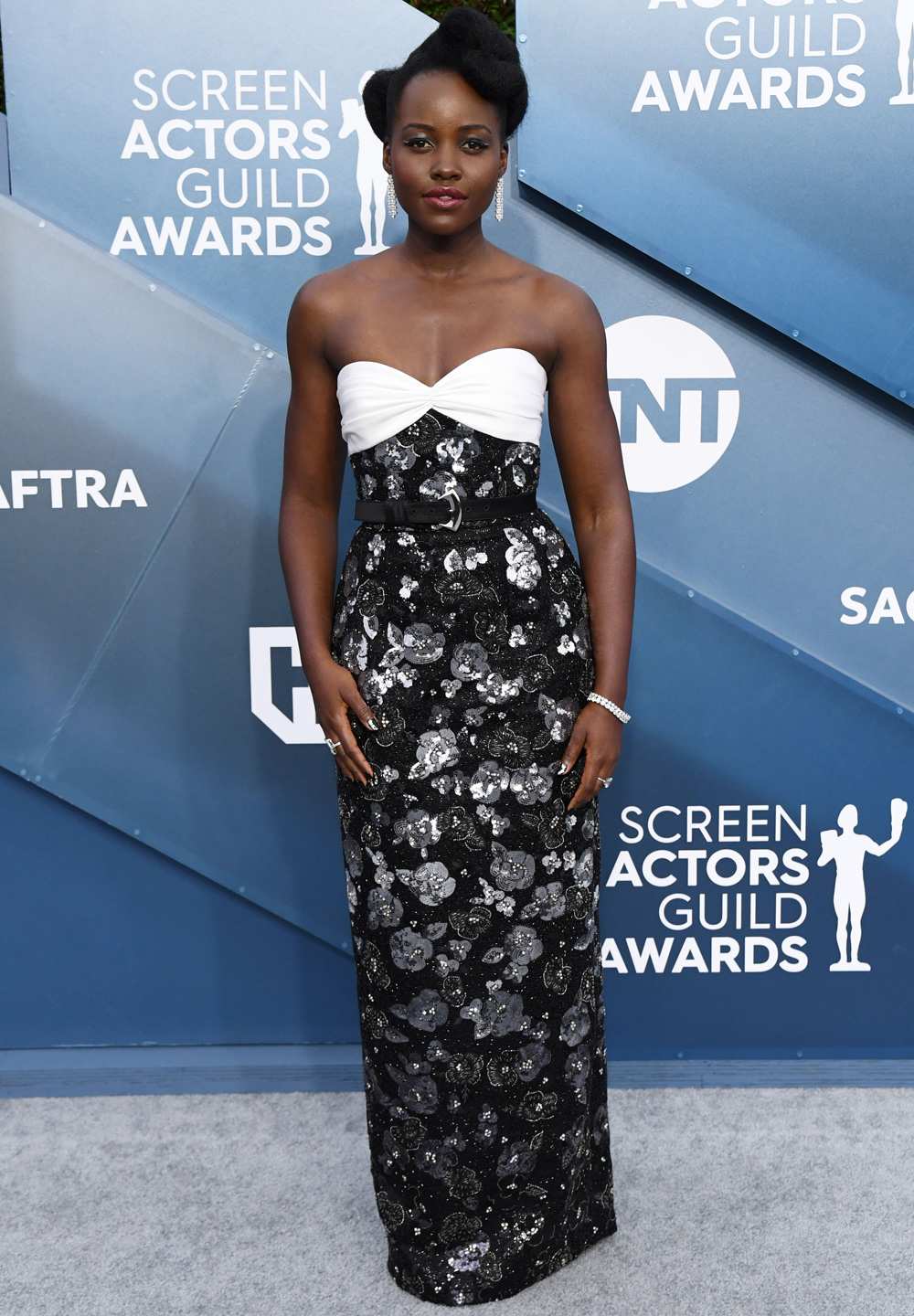 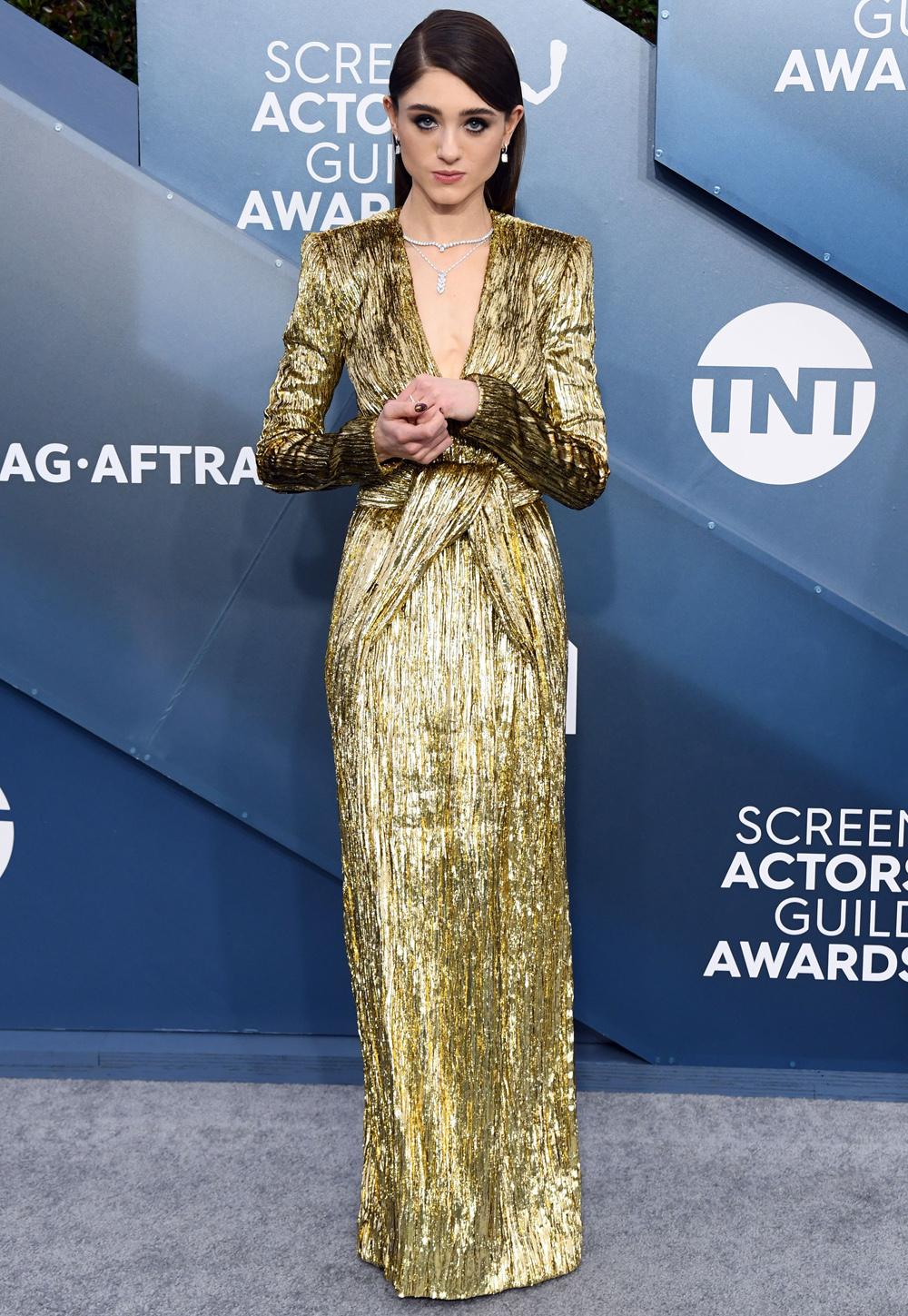 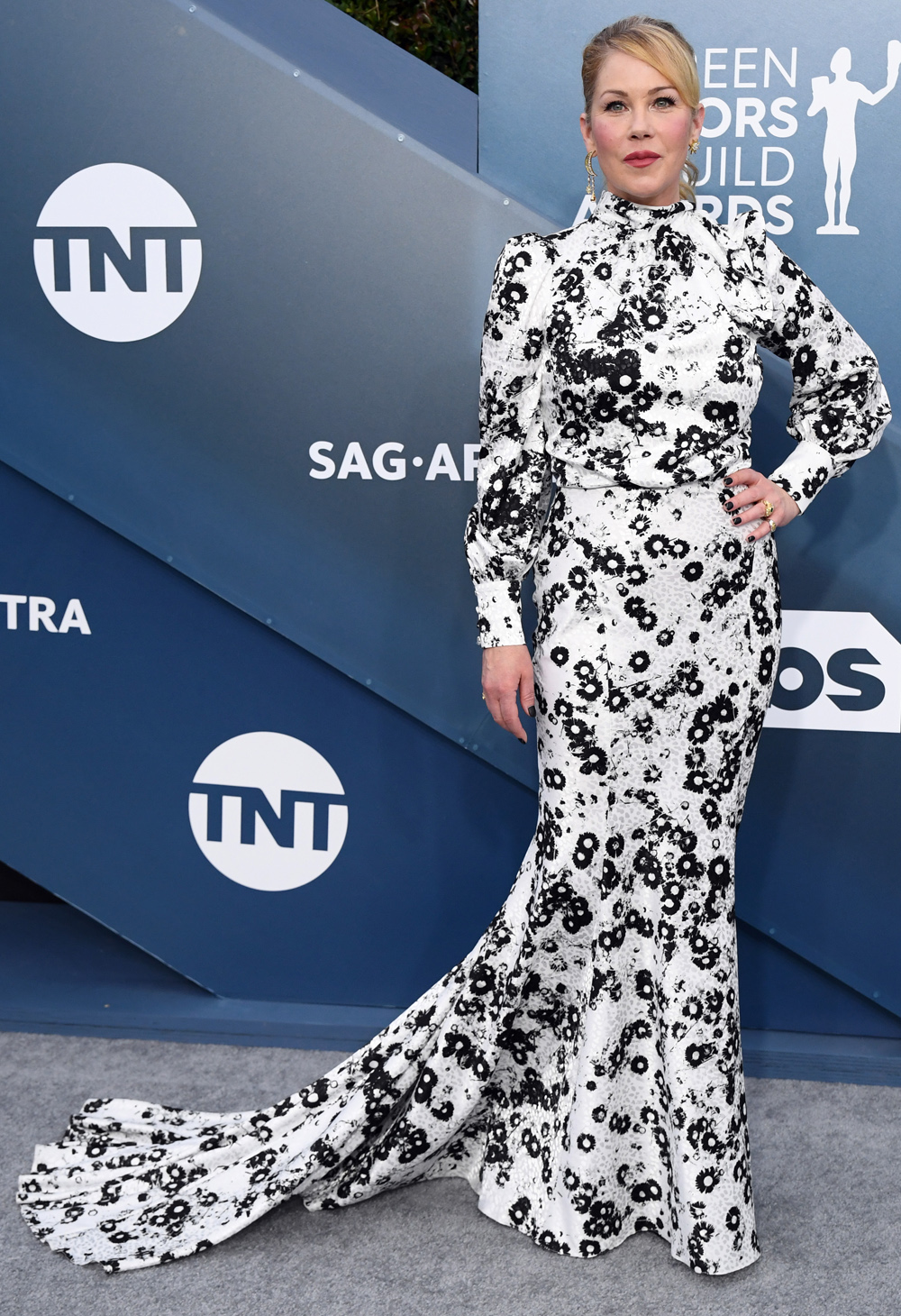 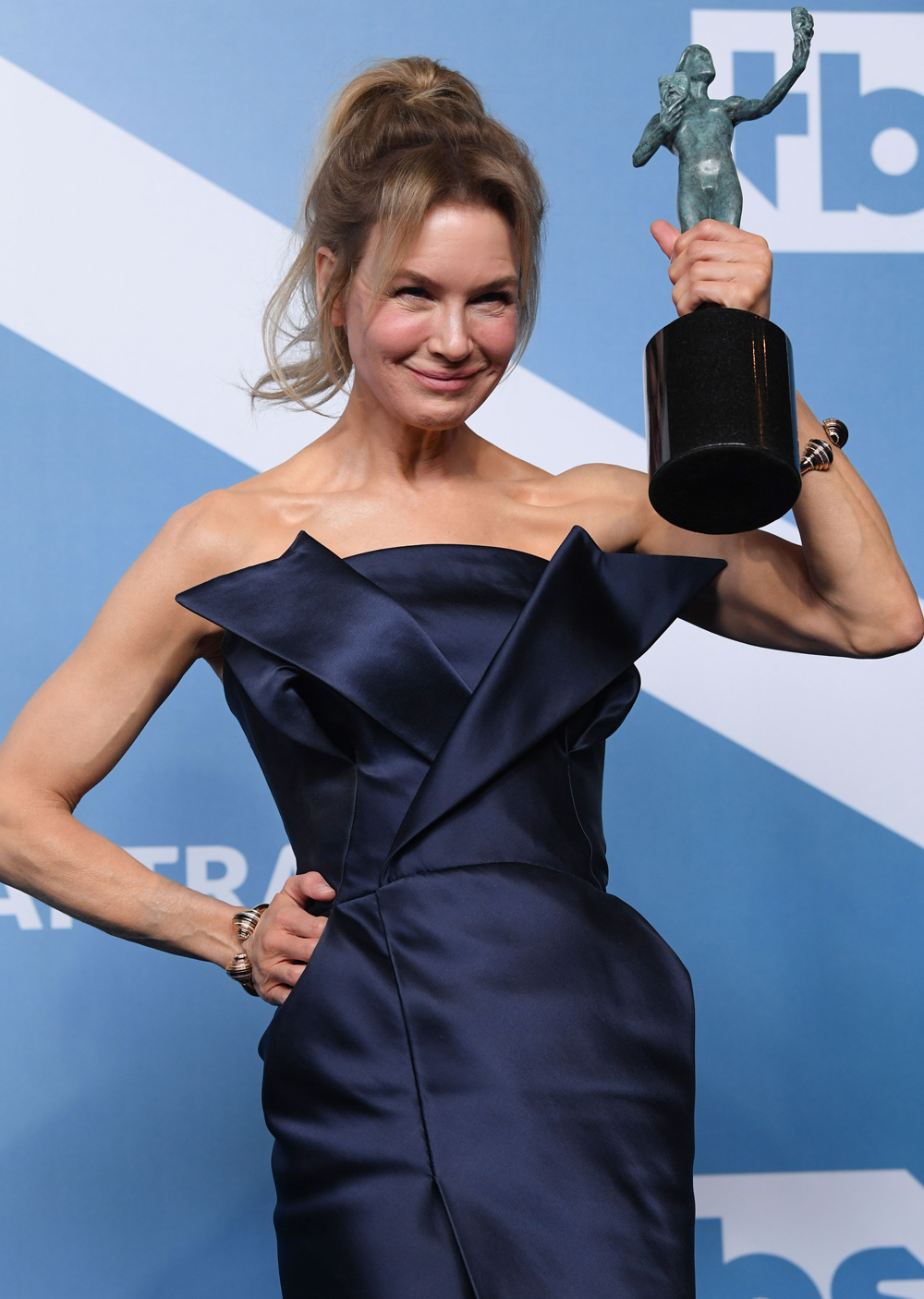 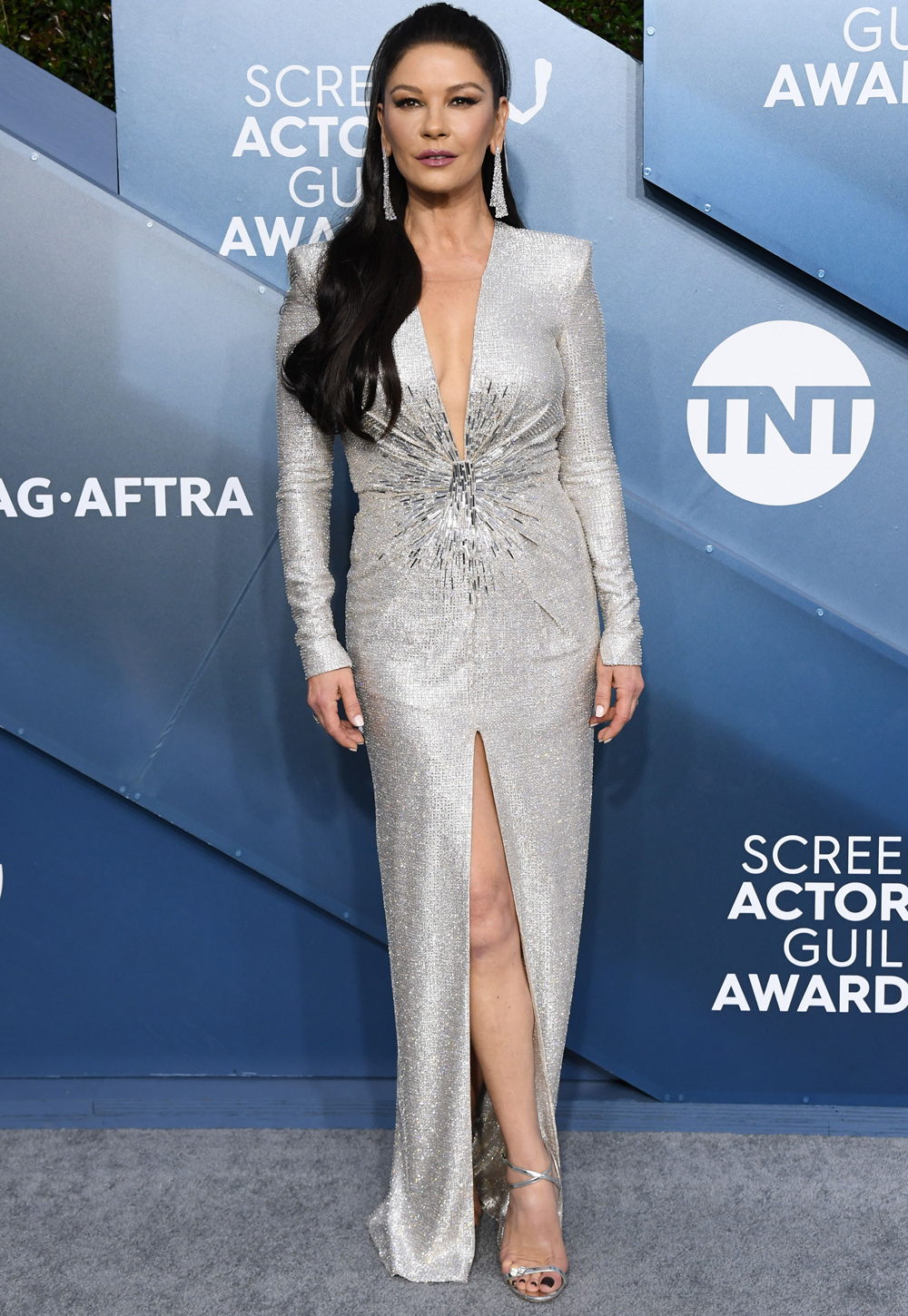 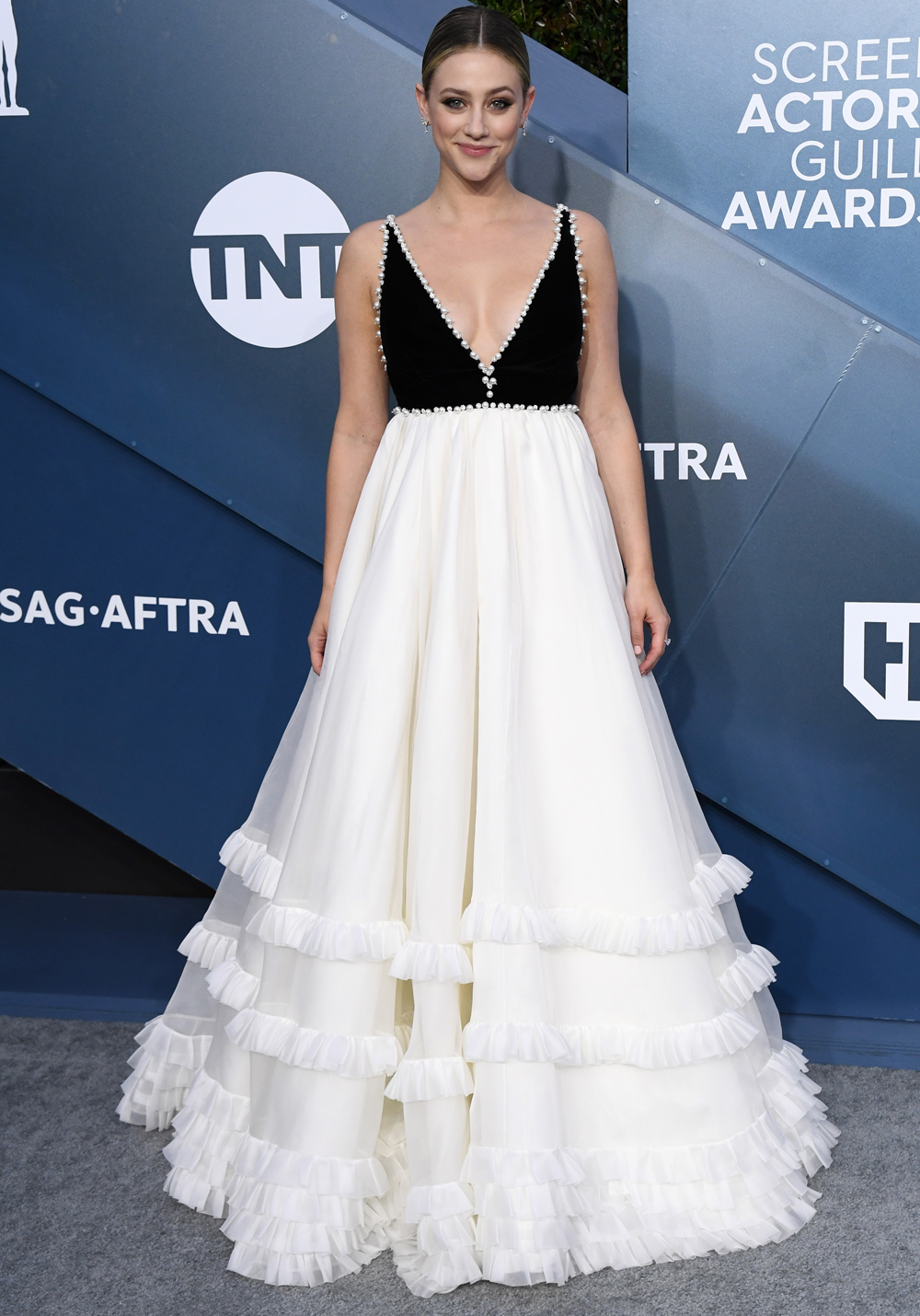 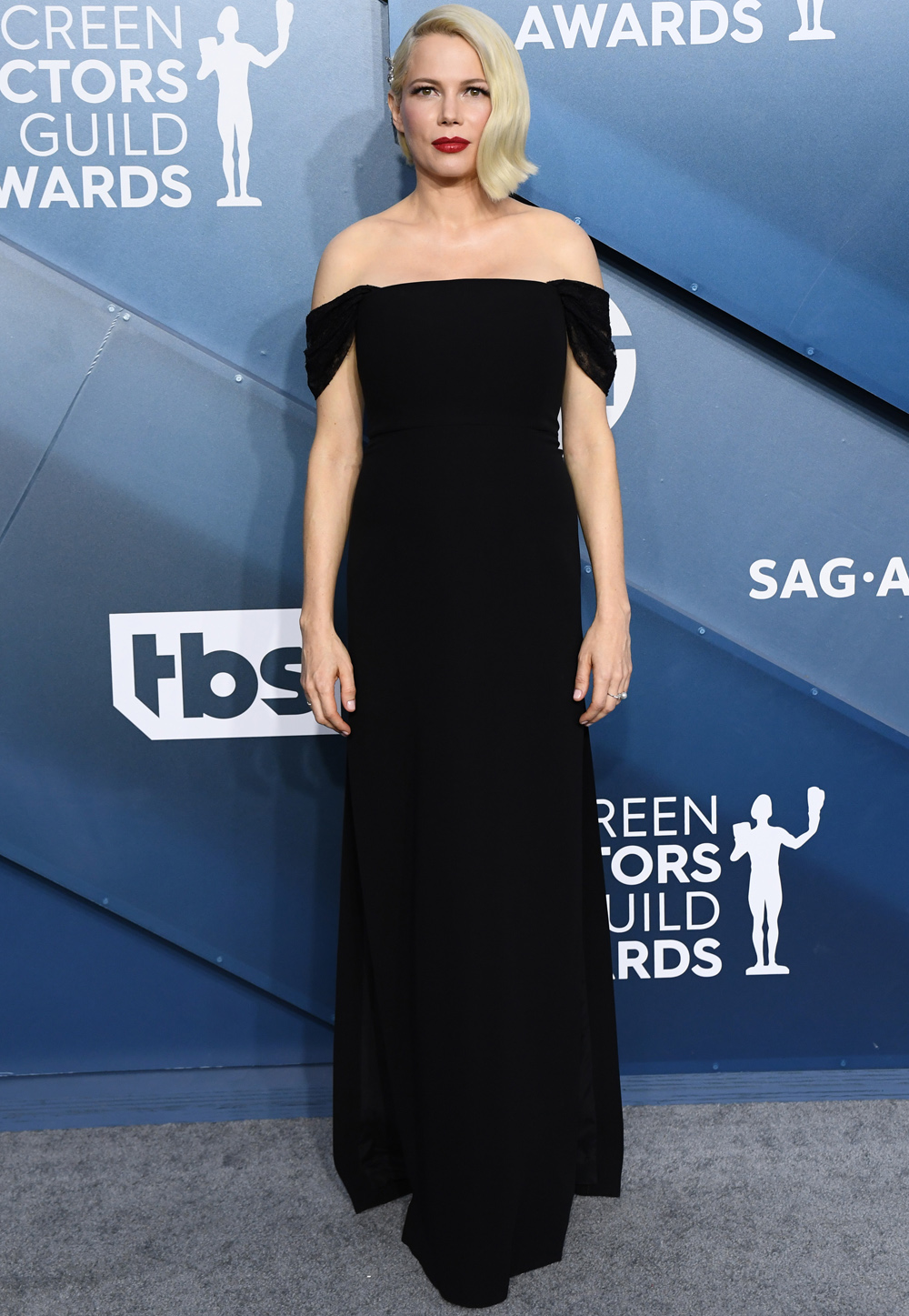 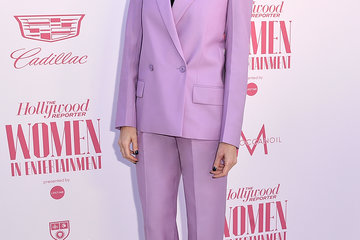