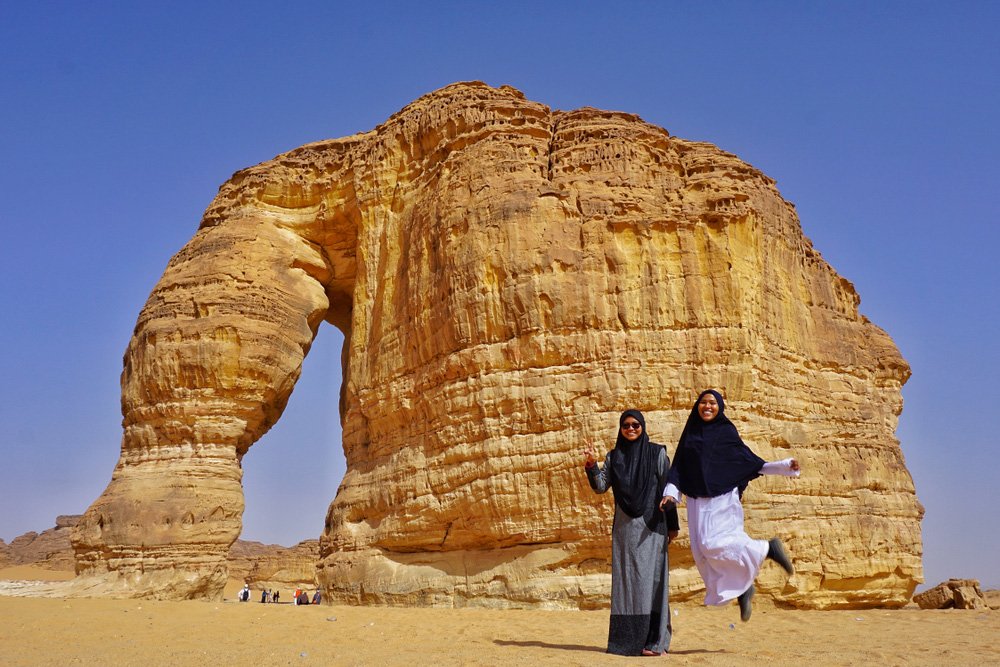 General Authority for Statistics () released a recent survey titled “Survey of Tourism Establishments for 2018” in which Saudi women have reached 20,000 in the tourism sector. So, kudos to all the awesome hard-working ladies contributing to the tourism boom in this beautiful country.

A new report by @SCTHKSA sheds light on #Saudi women’s participation as being instrumental to the Kingdom's budding #tourism sector #Vision2030 pictwitter.com/Gqn7bTxnBE

Here are some note-worthy findings the study deducted on the tourism boom in Saudi Arabia:

1. The number of people working in the tourism firms in 2018 increased by 3.1 compared to the previous year. Saudis make up 22.3 percent of the 552,556 people in the Saudi tourism sector.

2. Micro-tourism firms (less than 6 people) and small tourist establishments (less than 49 people) account for 71,448 firms and make up 98.7 percent of firms.

3.  income for employees in the tourism sector experienced an increase of 4.1 percent in 2018 compared to the previous year.

4. Food and drinks make up the highest operational revenue (34.99 percent) with SR43.33 million. Revenues for air transport of passengers stood at SR34.14 million, representing 27.5 percent and revenues for the stay of visitors amounted to SR21.74 million.