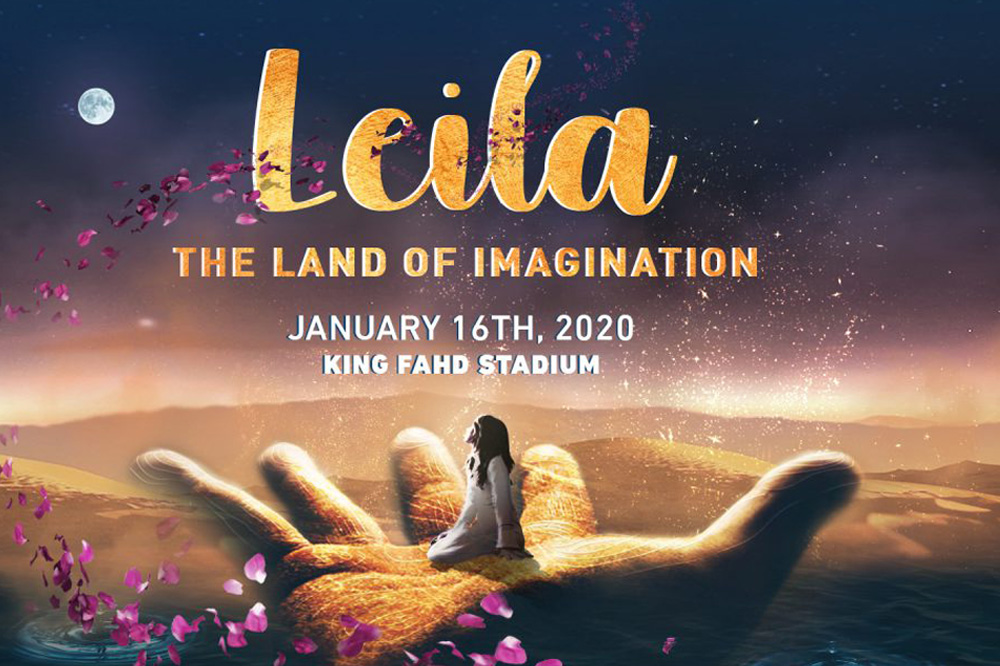 Riyadh Season is almost coming to an end, and it won’t go out without a spectacular bang.

“Leila, The Land Of Imagination,” is the name of Riyadh Season’s Grand Finale, created by Balich Worldwide Shows, and scheduled to take place on January 16th 2020 at the capital’s King Fahd Stadium.

Set to be the most unforgettable show of the entire season, “Leila, The Land Of Imagination” looks to capture the essence of being Saudi through an adventurous 10 year old lead character, Leila, which means “daughter of the night,” who symbolizes the next generation of Saudis who will live through the changing realities in the kingdom, established by Vision 2030. Leila will look at the world with pureness and innocence and show a deep respect for the values of her nation, her culture and her family, despite the modern changes.

Leila’s journey begins from her beautiful land, sparkling in the dark under a starry sky. The moon, which is a symbol of time, glimmers over the landscape. Mesmerized by the natural wonders that surround her, Leila runs home to her parents, still excited for what she has just seen. While watching TV with them, Leila falls asleep and starts dreaming about her Kingdom, discovering all its secrets and realizing that everything is possible and that the future of Saudi is in her hands.

She comes across real and surreal animals such as onyxes, camels and birds but also fascinating characters such as the land-men, embodying the colours of Saudi Arabia, and a poetess who dances with a horse as a symbol of peace and freedom. Her dream ends as soon as she wakes up, but the experience she has just lived, has already left an indelible trace in her heart and mind.

Balich Worldwide Shows first put on a performance last year, on Saudi National Day’s 89th anniversary, and has since been confirmed as the General Entertainment Authority’s strategic partner for this the new monumental show that looks to celebrate the vibrant future Saudi society.

For Riyadh Season’s Grand Finale, the female strong team have created Leila, who is symbolic of the growing, changing and progressive Saudi Arabia – she signifies change as the country embraces Vision 2030. Leila, as the female lead, looks forward to a world with no prejudice.