The 38-day festival is chock-full of special goings-on… 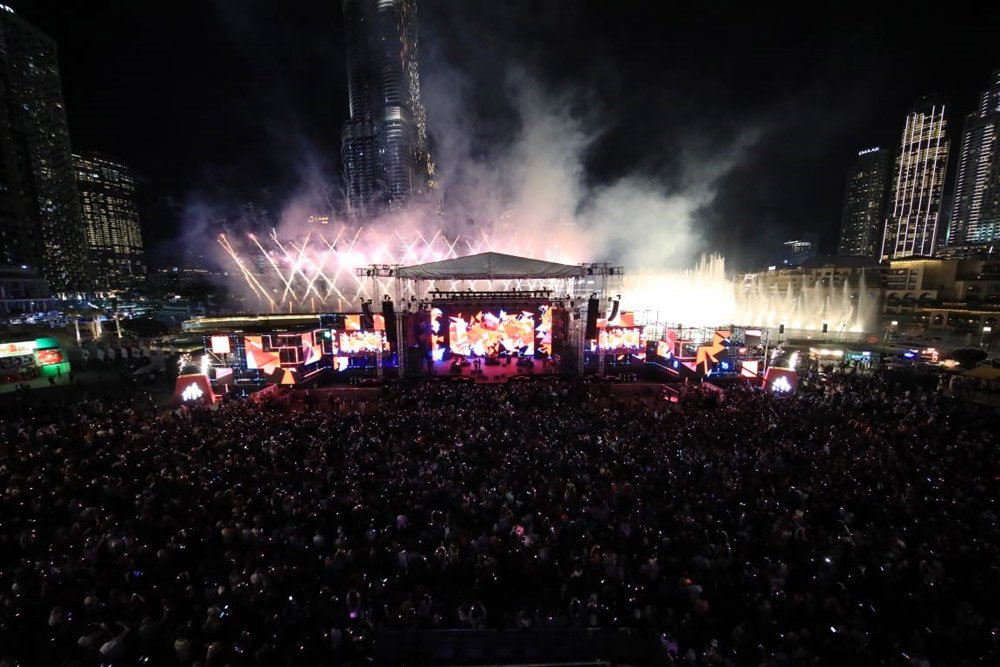 Dubai Shopping Festival (DSF) is celebrating its 25th anniversary so the milestone event, which is ongoing until February 1, is consequently packed with the biggest calendar of events to date. The incredible celebrations set to engage the entire city started with a two-day DSF Grand Opening event at Burj Park, Downtown Dubai with lots of activities and pop ups. Plus, of course, five top artists, including Cheb Khaled, Sherine Abdel Wahab and Liam Payne, performed for free, in addition to a couple of other concerts and an impressive fireworks show.

If you weren’t able to make it to the opening events, fear not, there’s still a lot to look forward to. Here are some highlights of the exciting shopping festival where you can enjoy experiences, concerts, daily fireworks, brand activations, raffles, new DSF markets and unforgettable moments. With so many options, there’s definitely something that will catch your fancy at this year’s edition organised by Dubai Festivals and Retail Establishment (DFRE) in collaboration with strategic partners and key sponsors.

NEW FOR 2019/2020
The biggest DSF has lots of new events and activations taking place. Throughout the festival, there will be a series of Outdoor Markets held at various locations across Dubai. These include Hatta, Al Rigga, Al Khawaneej, Al Seef and City Walk, with each one featuring a special theme. The signature Market Outside The Box will also return for its seventh edition at Burj Park, Downtown Dubai.

Additionally, for the first time ever, the shopping festival will have a dedicated game called Yalla DSF. The interactive and innovative game, available in English, Arabic, Mandarin and Russian, can be played on Android and iOS devices. Yalla DSL, in collaboration with Apparel Group, the exclusive retail partner, will give players a chance to win exclusive prizes that are instantly redeemable.

In an alliance with Home Centre, customers who spend AED 500 at the Mall of Emirates store will be in for a chance to win an entire home makeover. A total of 25 winners will be selected between January 5 and January 29.

Powered by the online food application Zomato, DSF will present over 1,000 restaurants that are offering 25 percent off in-dining experiences for those who have a Zomato Gold membership. The membership fee will also be 25 percent off.

In another first, Dubai Festival City Mall will host the LEGO Festival, where children and adults can have a fun time in the choice of 11 zones that celebrate different Lego brands. What’s more, a free Lego Imagine Show, starting on January 8, will feature fire, lasers and lights. 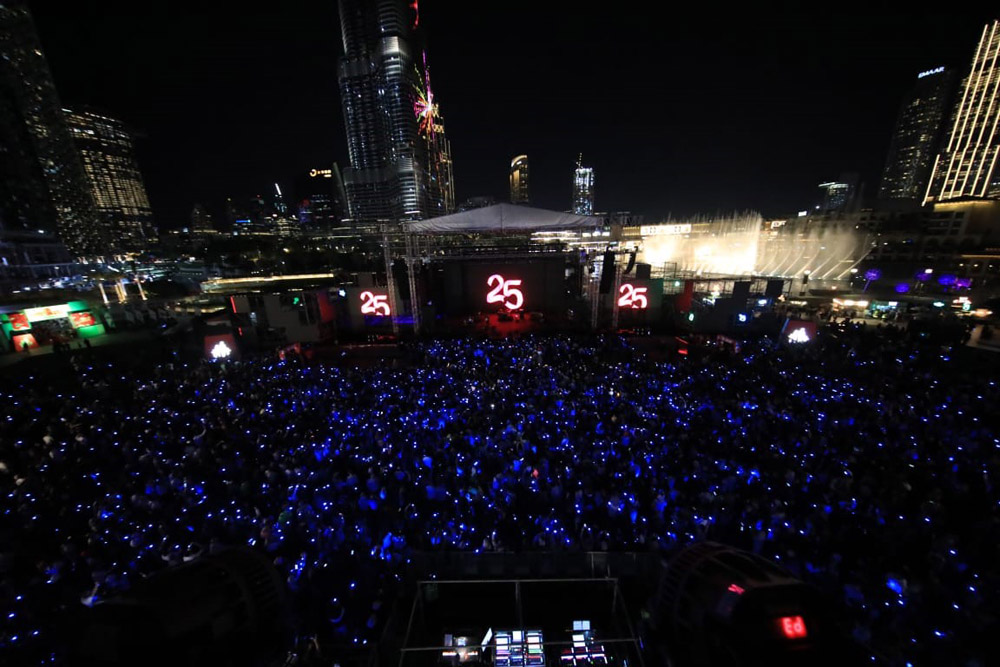 A HUGE GAMUT OF PRIZES
If you think DSF has offered incredible prices before, this edition is full of even more chances to win. From cars to cash to Skywards Miles and reward points, it promises to be the most rewarding festival to date. Highpoints include the INFINITI Mega Raffle, which is giving away an INFINITI QX50 and AED 200,000 in cash every single day of the festival, while one lucky DSF shopper will go home with a grand prize of AED 1 million in cash at the end of the festival. Plus, the Nissan Grand Raffle is giving away one of five car models every day and a grand prize of AED 350,000 will be awarded on the last day of DSF. Gargash Motors and General Trading is also offering the New GAC GS7 as a prize for DSF shoppers.

Additionally, 25 shoppers at Majid Al Futtaim malls can win 1,000,000 SHARE points simply by entering a draw when spending over AED 300. And at Meraas locations, customers who spend AED 100 will receive a raffle ticket to be one of the daily 25 winners who win an AED 1,000 gift card to spend at several places including Boxpark, The Outlet Village and La Mer. Meanwhile, at The Dubai Mall, consumers who spend over AED 350 and scan receipts on The Dubai Mall app can be in for a chance to win 1 million Skywards miles. And those who purchase an online raffle coupon for AED 750 at the DSF Gold Raffle will enter a draw for a chance to win 2.5 kilograms in gold, which comes in a DSF-branded gold bar at the end of the festival.

CONCERTS À GOGO
Music fans won’t be left out as a series of concerts are taking place throughout DSF. Egyptian singers Yara and Mohammad Hamaki will take the stage at The Pointe on January 17. In other exciting music news, Globally renowned artist Amr Diab will perform on January 24 at Dubai Media City. Joining the stellar line-up are Mohamed Ramadan and Saad Lamjarred, who will be performing live at the Dubai World Trade Centre on January 10.

A SHOPPER’S DREAM
With over 1,000 brands participating across close to 4,000 outlets, shopaholics and deal-hunters will find offers of up to 75 percent off across the city. Fashionistas also have the opportunity to engage and collaborate with tailor-made brand activations from global fashion, beauty, homeware and lifestyle retailers.

Plus, keen shoppers will benefit from keeping their eyes on the ball as there are daily surprise deals. The exclusive deals at retailers in specific malls will only be announced 24 hours in advance.