6 Amazing Facts on the Exceptional KAFD Mosque in Riyadh 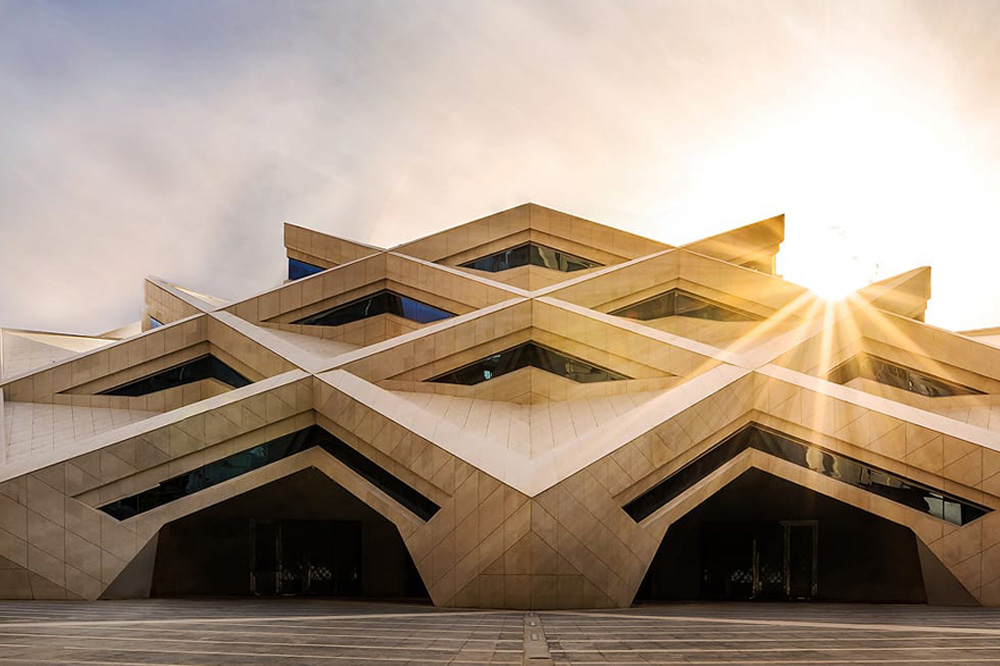 A playground for architects, Saudi Arabia boasts astonishing structures that have wowed the entire world. An architectural gem that’s hard to miss is the majestic KAFD mosque in the heart of Riyadh. If you happen to be in the capital, make it a point to visit this must-see mosque!

We took it upon ourselves to explore this beautiful holy space and we discovered notable facts around this modern wonder.

1- This Riyadh destination fuses together modern and traditional elements in unique ways. 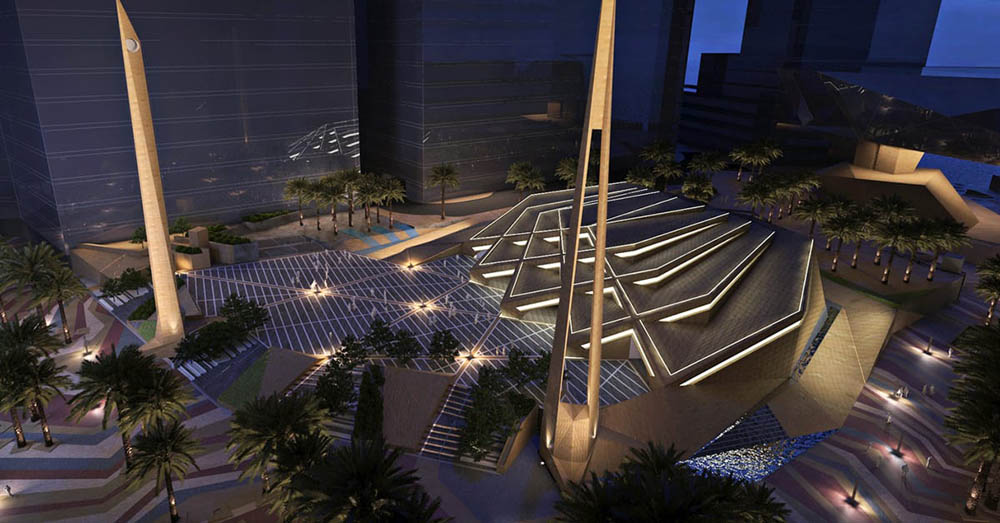 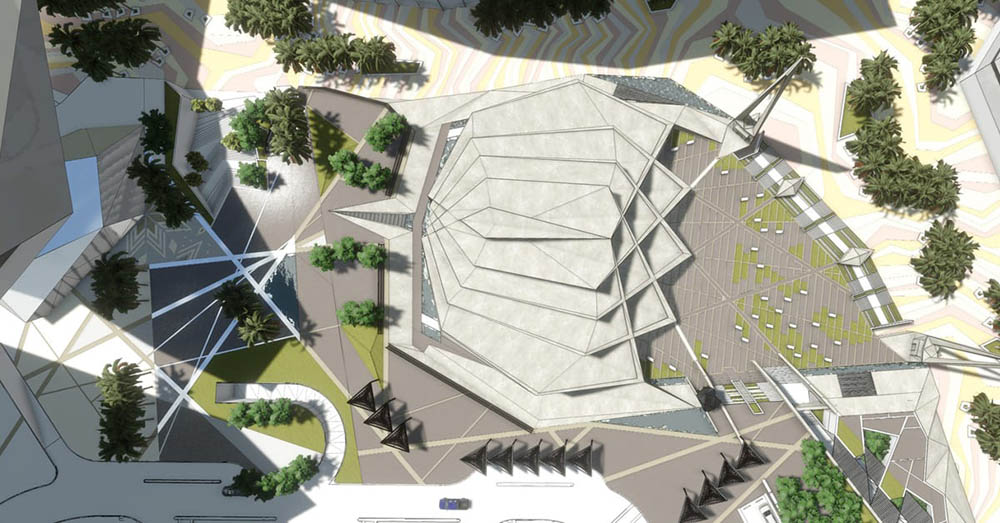 Surrounded by sky-high structures, the mosque stands out as the holy centerpiece of the ultra-modern Riyadh neighborhood.

3- The desert rose inspired the design behind KAFD mosque

The exclusive geometry mimics the intersecting plates of a desert rose! Passerby are mesmerized with the resemblance of this precious crystal found in Saudi Arabia with the holy place: the structure itself bursts from the ground the same way the minarets rise up from the earth piercing the landscape. 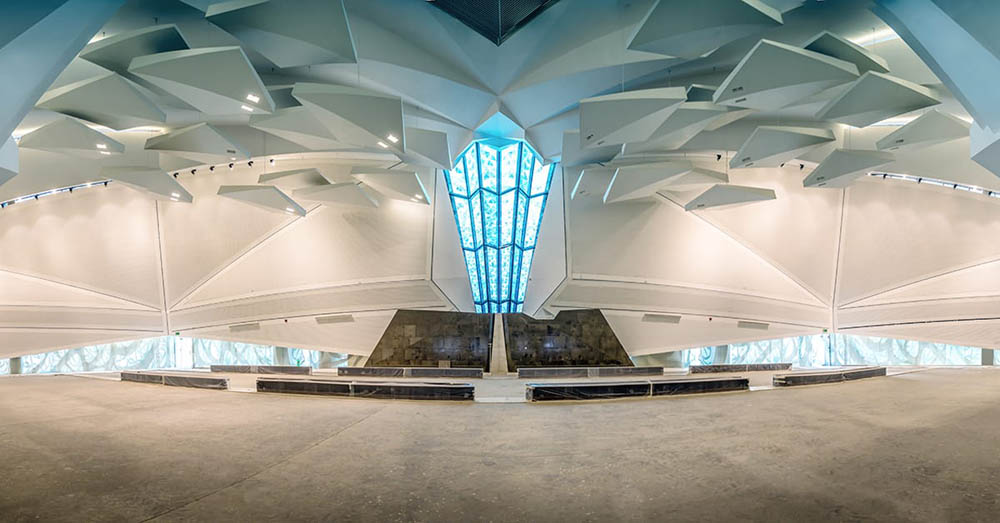 The exterior also offers outdoor praying spaces that are shaded by the stupendous “wadis”.

5- Reputed architecture firm Omrania is the genius behind this standalone masterpiece. 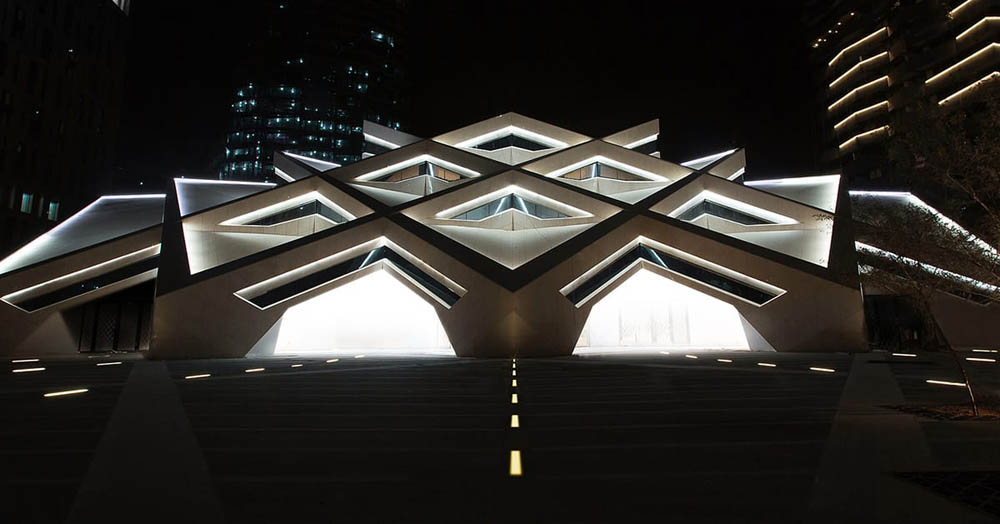 The award-winning firm is also behind other iconic Saudi landmarks like the Kingdom center, the Public Investment Fund tower, Salam Park, and others.

6- This modern mosque earned itself a couple of world-renowned titles. 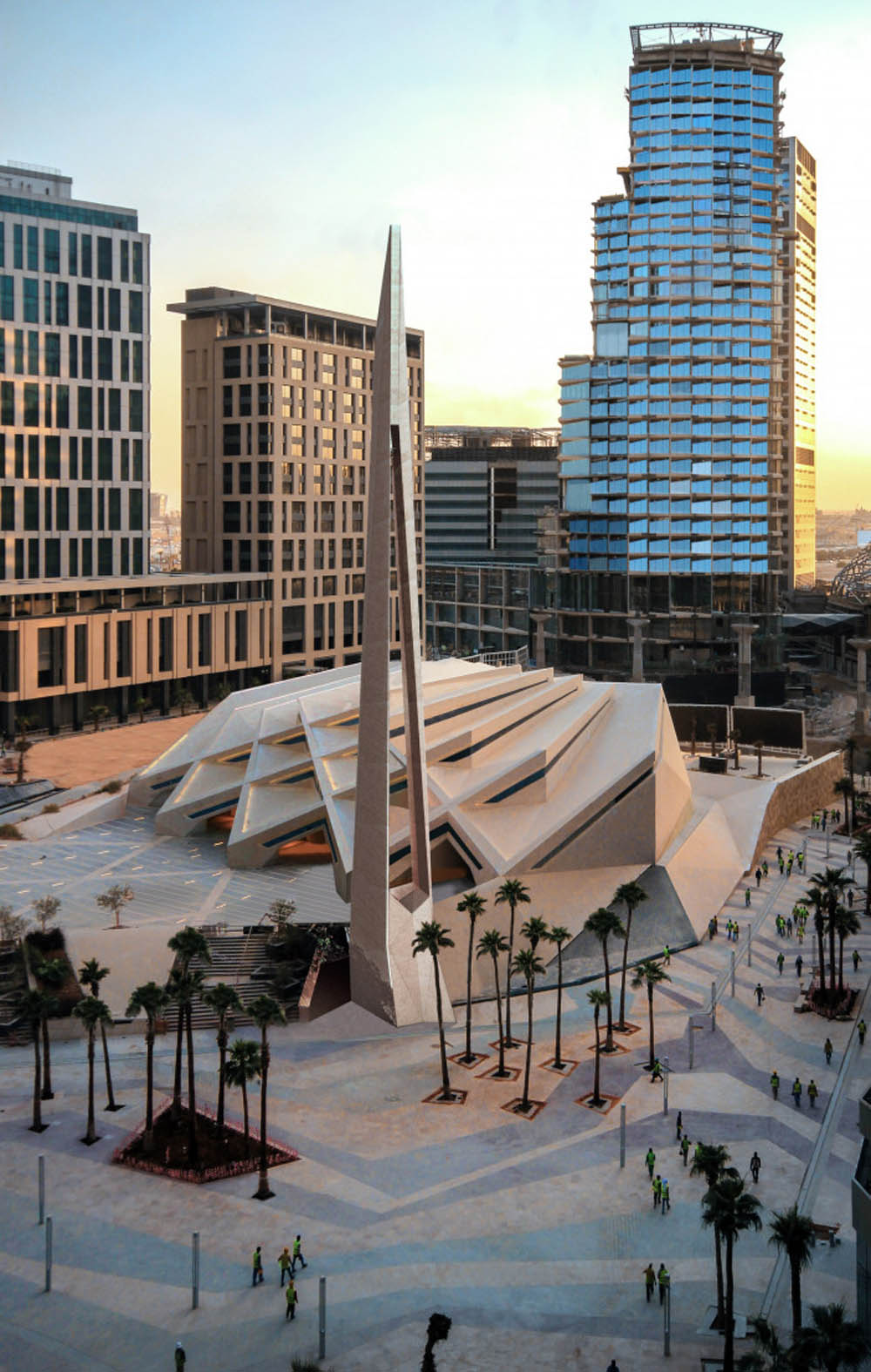 Completed in 2017, KAFD mosque was a finalist in the religion section of the World Architecture Festival. Middle East Architect also listed it as part of their Top 10 contemporary mosques that challenge traditional Islamic architecture.