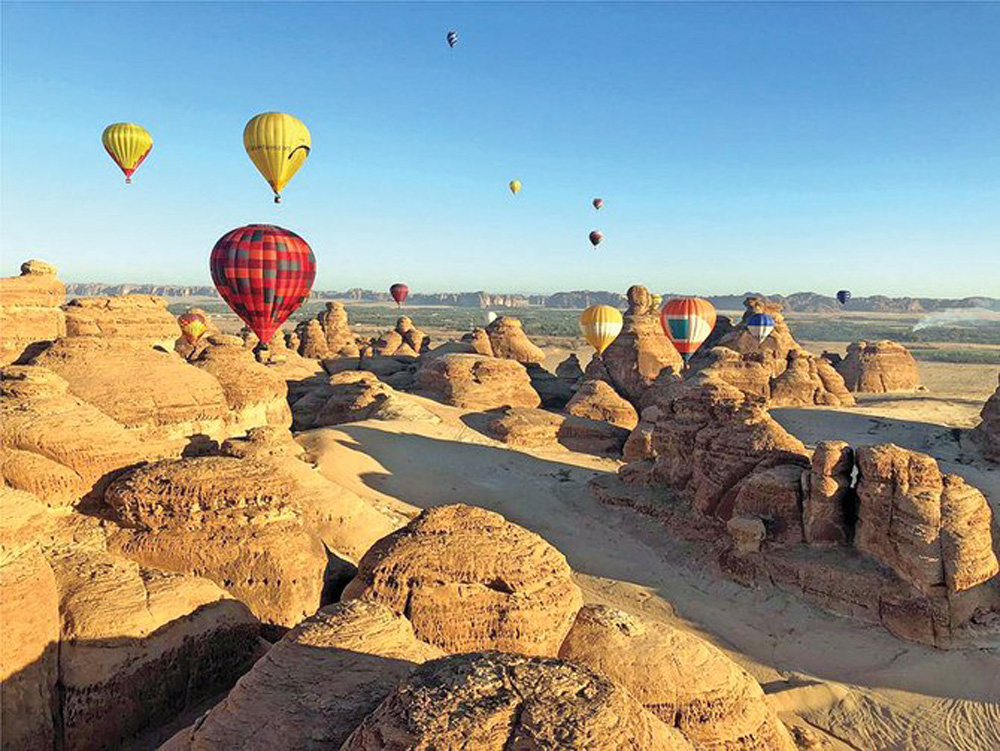 Winter in the Middle East is when everyone wants to spend time in the great outdoors – and what better way to enjoy them than being at festivals and cultural events?

Saudi Arabia is currently hosting its second Winter At Tantora Cultural Festival, which opened on the 9th of December 2019 and will come to a close on 7th March 2020.

Situated in the historical desert town of Al Ula in the northwest of the kingdom, the 3 month long festival will feature a plethora of concerts, fashion events, sporting events, art shows and even operatic extravaganzas.

Here’s what we know so far…

Those aren’t the only world famous artists to be performing as the festival will also be celebrating themed weekends over the next three months, for example, the Modern Legends Weekend, where disco-funk legends Kool & the Gang and Sister Sledge will perform their greatest hits. There is also set to be a focus on Spain, at Spanish Prestige Week, where opera singer Jose Carreras will take to the stage.

Classical music lovers can also enjoy a weekend dedicated to the likes of Beethoven, compositions of Omar Khairat and Yanni which will be followed by a Valentine’s Day performance by Caracalla to celebrate “A Love Legend from the Oasis of AlUla” – the enduring love story of Jamil and Buthayna.

Revelers can also expect to immerse themselves in heritage and cultural events, witness dance shows, and will also have the opportunity to take a bird’s eye view of the region from a hot air balloon.

Keeping everyone in mind, the Winter at Tantora Festival has pretty much catered for anyone and everyone when it comes to interests and entertainment. From exhilarating jeep rides through the rocky canyons, helicopter rides over the untouched parts of the Red Sea, to climbing ancient volcanoes, this particular festival is set to be a triumph for adrenaline junkies. To wind down, or simply to indulge in some spiritual meditation, theres no better place than Al Ula’s lush oasis and the desert at night.

One of the most highly anticipated events at Winter At Tantora Festival is the world’s first ever desert polo tournament, and will be yet another first for the kingdom as the country will host the equestrian event in collaboration with the Saudi Polo Federation in January 2020. The Chairman of the federation, Amr Zedan, said in a statement, “This tournament is a celebration of the transformational journey that we are making in Saudi Arabia. Our goal in promoting this extraordinary event is twofold. We want to tap into the undiscovered sporting talent that we know exists among young Saudi men and women and encourage greater levels of participation in our sport.” Winter at Tantora will be offering special polo packages featuring an ‘Introduction to Polo’ guide for those who are new to the sport, and in celebration of the exciting event.

More details about the festival can be found on experiencealula.com with tickets on sale now.