Thailand Set to Glow This November with 2 Magical Light Festivals

Lighting up the sky and rivers, the Thai Festival of Lights and Lantern Festival are unique experiences that create an enchanted atmosphere. 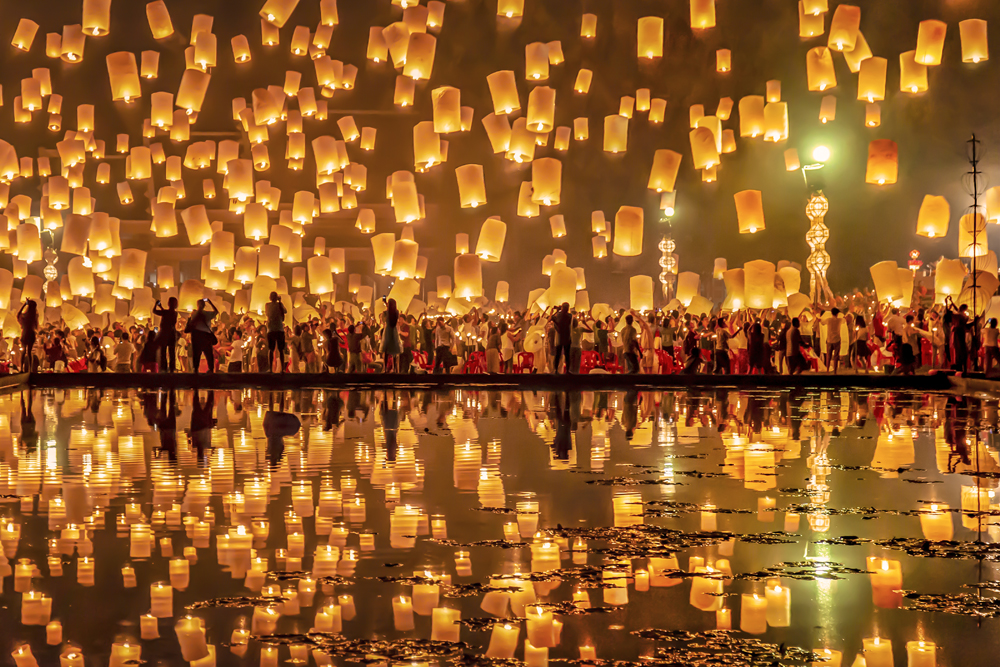 In addition to its tropical beaches, opulent royal palaces, ancient ruins and luxuriant temples with figures of Buddha, travellers will be able to see Thailand shining bright this November. Thousands of lanterns will illuminate rivers and the sky during two upcoming magical light festivals. Loy Krathong (Thai Festival of Lights) and Yi Peng (Lantern Festival) will be celebrated from 11-13 November 2019, promising an enchanting experience for those visiting the Southeast Asian gem. 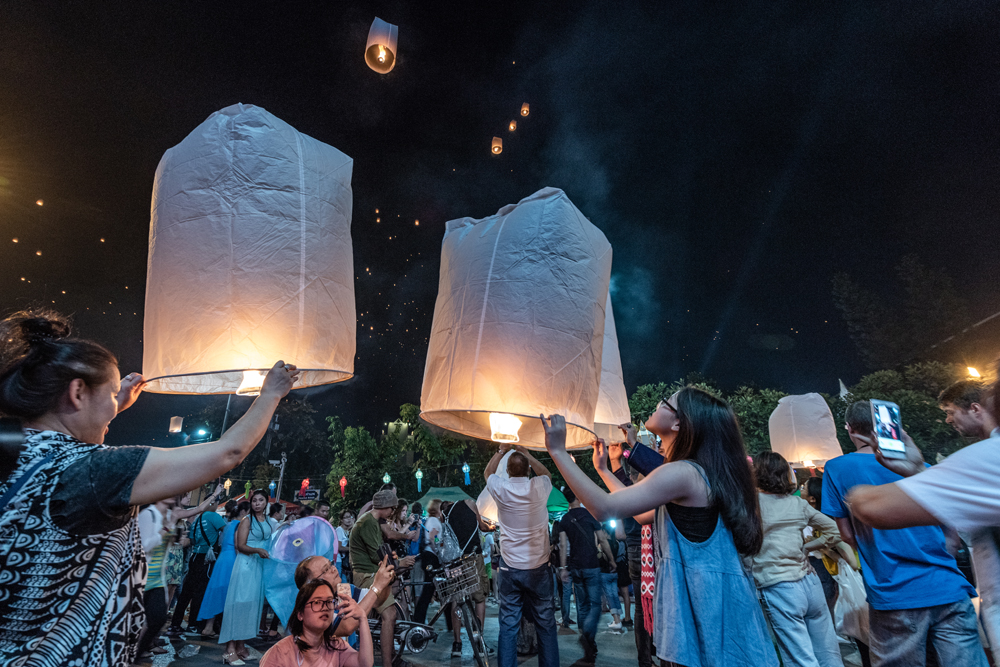 Loy Krathong Festival
The Loy Krathong Festival, which is celebrated nationwide, takes place on the first full moon day of November to mark the end of the rainy season. It is celebrated by releasing lotus-shaped baskets, traditionally made from a banana-tree trunk and decorated with candles and flowers, onto the rivers whilst making a wish and letting the negative float away. 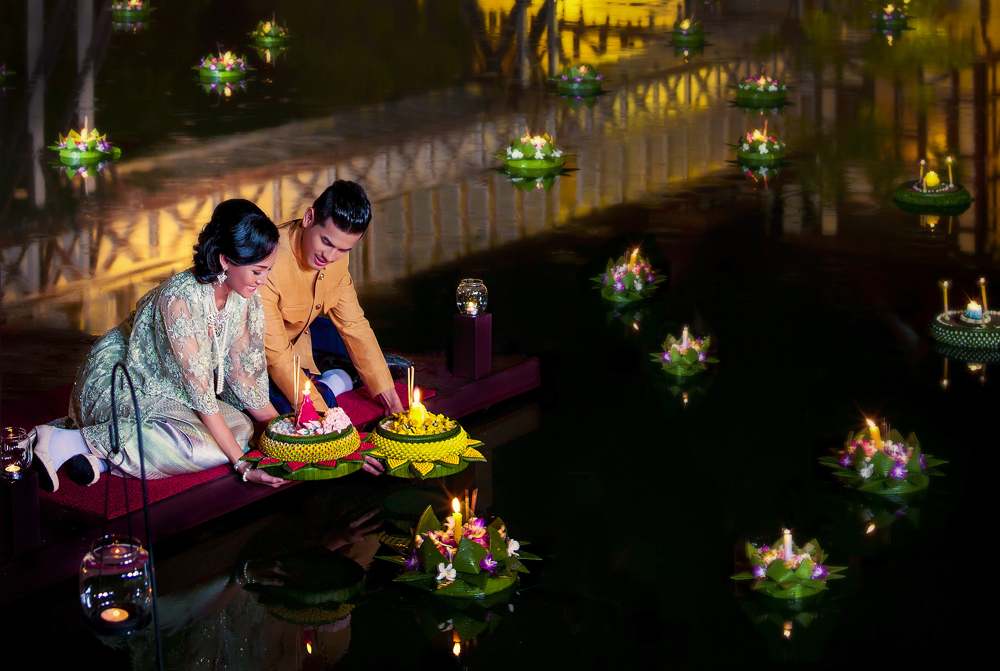 While it’s celebrated all over Thailand, the most exciting activities take place in Bangkok and Old Sukhothai, as people gather at rivers to float ‘krathongs’ and watch folk dancing or sound-and-light performances.

Yi Peng Festival
Simultaneously, in northern Thailand the Yi Peng Festival will see thousands of lanterns released into the sky, with the biggest celebration taking place in Chiang Mai, the ancient capital of the former Lanna Kingdom. The sky lanterns, also known as ‘khom loi’, are made of rice paper, stretched over a bamboo frame with a candle attached and symbolise a new beginning in the releaser’s life. 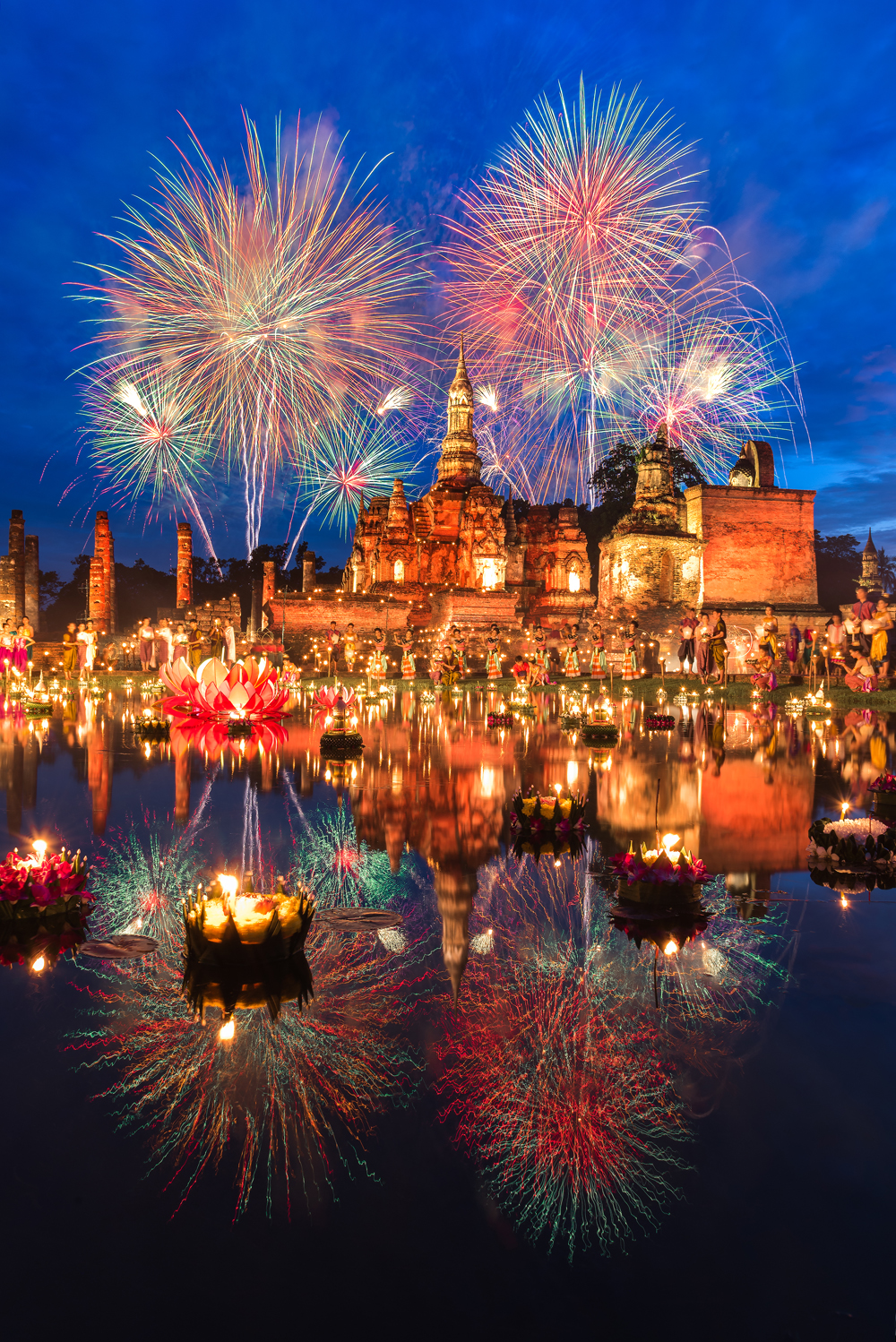 During the festival, visitors can also witness spectacular fireworks and traditional meditation ceremonies from Buddhist monks. Yi Peng is a ticketed festival and admission must be bought before arriving to the mass release sites.

For more information on the Thailand Light Festivals visit: www.TourismThailand.org