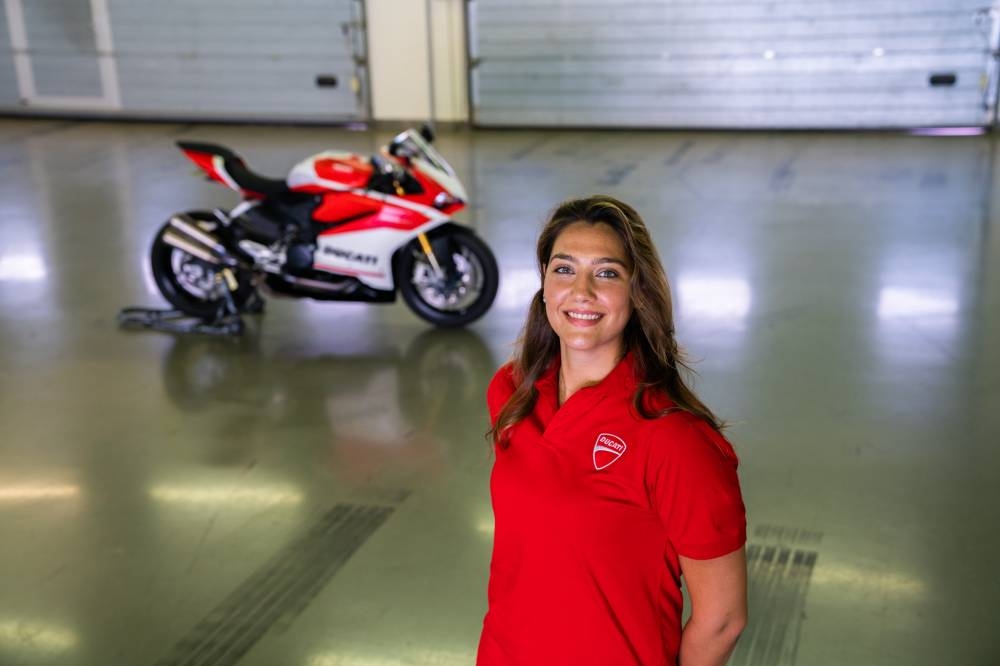 In December 2018, Saudi Arabian women drivers competed for the first time compete in the Kingdom’s against male counterparts in the Formula E’s Rookie Test, part the country’s first-ever Saudia Ad Diriyah E Prix. This week, one Saudi woman in particular is making headlines in the field of competitive motorsport racing, this time with motorbikes.

Dania Akeel has become the first Saudi Arabian woman in history to receive the Speed Bikes Competition license. According to Saudi Press Agency, Akeel obtained her license after applying through the Saudi Arabian Motorsport Federation (SAMF), an organization that was established with the aim of supervising motorsports and motorcycles in Saudi Arabia, and of working to develop and sponsor the sport and its athletes.

Following her license approval, Akeel announced that she will be taking part in her first official competition, riding a Ducati 899 in the UAE National SportsBike Super Series. Taking place in Dubai Autodrome, the competition will see over than 15 professional racers compete in five consecutive rounds. Speaking to the news site, Akeel expressed her gratitude to her country and for the upcoming opportunity to compete in the UAE.

“I am very grateful to God for the opportunities that have transpired for me to be able to race in the upcoming UAE National Sportbike Super Series organized by Furiosa Racing […] I would like to thank the Saudi Arabian Motorsports Federation for facilitating this by providing me with the utmost support in obtaining the license; their methodology has been extremely efficient and helpful. I would also like to thank EMSO (Emirates Motorsport Organization) and Furiosa Racing for their support and effort in guiding me through this process,” she was quoted as saying.

According to the Instagram account Saudi Women Riders, Akeelhails from Jeddah and currently resides in Dubai. As a child, she enjoyed riding on buggies, later moving on to dirt bikes, and then taking on road bikes at the age of 26.A year later, she received her full UK Motorcycle license and began track racing at the age of 30. Her advice to other women in Saudi Arabia looking to get on a motorbike?

“The important thing is to learn safely, and at your own pace. Progress happens in every step; it’s important to feel confident and comfortable while taking each step forward, there is no deadline. Have patience, and stay focused. You will get there if you consistently choose to.”