Now the first all-female spacewalk has been accomplished, NASA’s next mission is to get a woman to the moon. 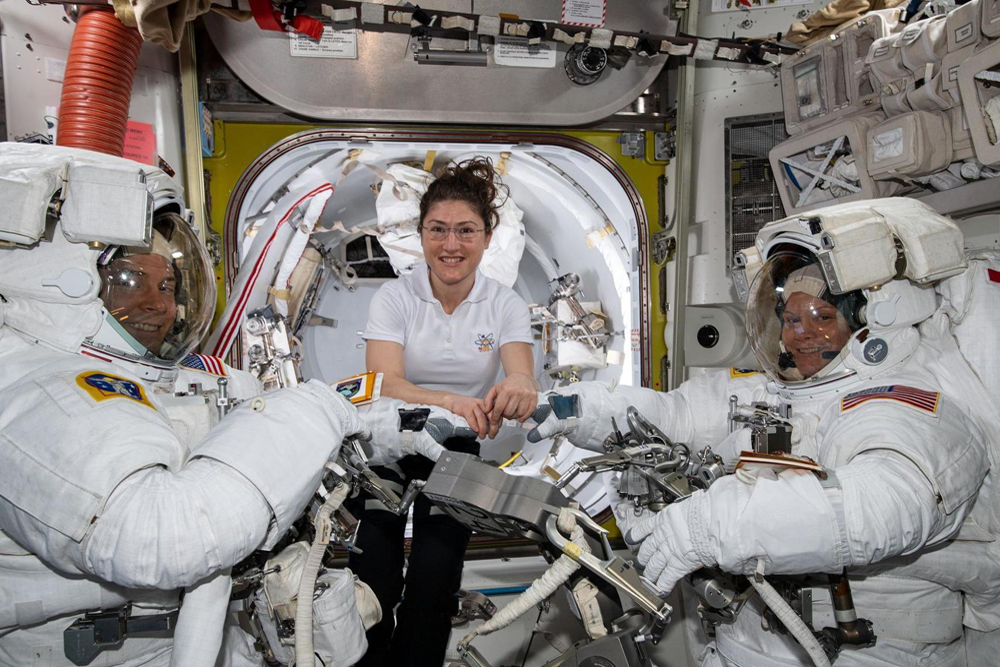 One of the NASA astronauts who recently conducted the successful first ever all-female spacewalk outside of the International Space Station could also be the first female on the moon. Christina Kochor or Jessica Meir could make it into the history books once again as they are on the list of the 12 women that could be venturing to the moon.

A trip back to the moon in 2024 is on the cards thanks to NASA’s new lunar program, Artemis, and the space agency has vowed a woman will be making it. The chosen female will be one the 12 astronauts who is already in NASA's astronaut corps, which has 38 active space travellers.

Naturally, Koch and Meir are honoured to be considered in the process selection. “I will probably at least know the first woman to walk on the moon," Koch, who has now been on four spacewalks, said to CNN. "They will carry the hopes and dreams of everyone to explore with them. "Meir, who described her first spacewalk as “an incredible experience,” told the news network she would make going to the moon her next dream.

While on the momentous spacewalk that lasted seven hours and 17 minutes, the history makers replaced a faulty battery charge/discharge unit that failed to activate after another recent spacewalk. Additionally, Koch was even able to ride on the end of the robotic arm, which is quite an exceptional occurrence. The friends, who have been training together for over six years, could see Earth pass beneath their feet.

The spacewalk, known as an extra-vehicular activity in astronaut language, took place seven months after it was originally planned because there was only one medium-sized spacesuit on the International Space Station. Koch and Meir, who were both selected in 2013, undoubtedly inspired all the young girls who watched history in the making. And the astronauts, as well as many others, hope female spacewalks become the norm. The fact their class was the first to include 50% women and 50% men is a positive sign there are more and more females reaching for the stars.