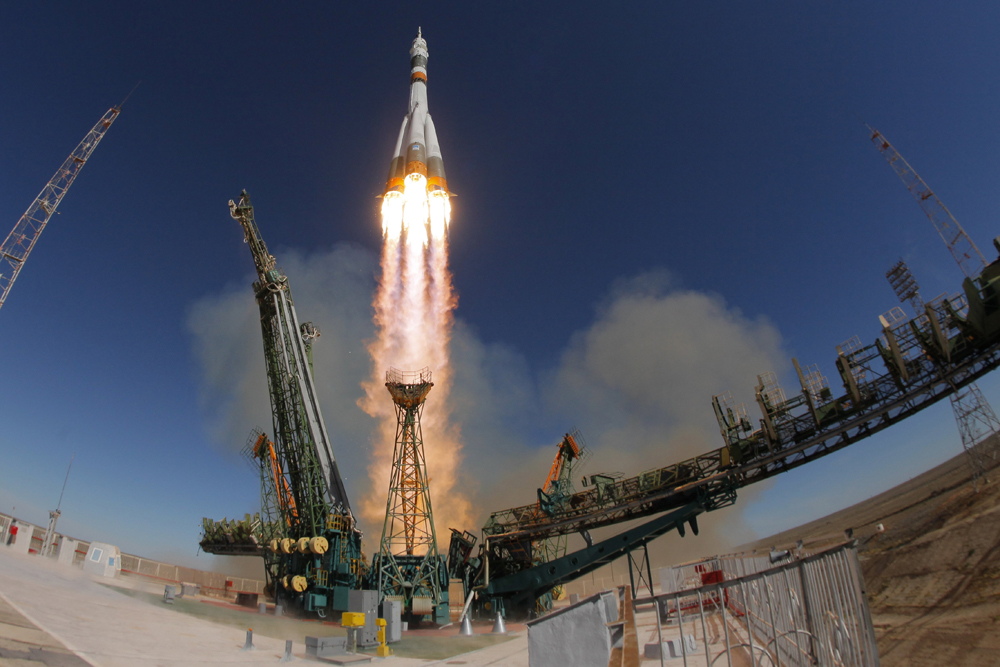 Earlier this year, Saudi Arabia took a big leap into space exploration, signing a pan-Arab agreement with 10 countries in the region to make a regional space agency a reality. This week, the Kingdom has gone even farther, this time aiming to send a Saudi astronaut into space. According to a recent report by Okaz,the head of the Russian space agency, RoscomosDemitry Rogozin, stated that they have agreed with the Kingdom to send a Saudi astronaut to the International Space Station, although no specific date has been set for the mission yet.

The news site also stated that this agreementis one of many cooperation agreements signed during Russian President Vladmir Putin’s visit to Saudi Arabia earlier this week, which covered a wide array of fields. Prior to President Putin’s visit this Monday, his first to the Kingdom in 12 years, Chairman of the Saudi Space agency Prince Sultan Bin Salman visited Russia in April where he toured space institutions, including a center for astronauts’ training.

This agreement and others made this last year do not mark the first time Saudi Arabia has set its eyes on the outer space. In 1985, the Kingdom made history by sending the world’s first Arab and Muslim into space, Prince Sultan, who helped deploy a satellite for the Arab Satellite Communications Organization with NASA. Decades later, the Kingdom started to focus once again on space exploration, with reports last year pointing to investments made by Crown Prince Mohammed Bin Salman amounting to over 1 billion US dollars via Richard Branson's Virgin Galactic and spinoff companies.

Today, the Kingdom also has a Saudi Space Commission (SSC), which was established in 2018 and tasked with supervising and regulating the space sector in the country, working with partner organizations such as the King Abdulaziz City for Science and Technology, the Ministry of Defense, universities, the Communications and Information Technology Commission and the General Authority for Civil Aviation.