She became the most successful athlete in World Championships history just 10 months after giving birth by an emergency C-section. 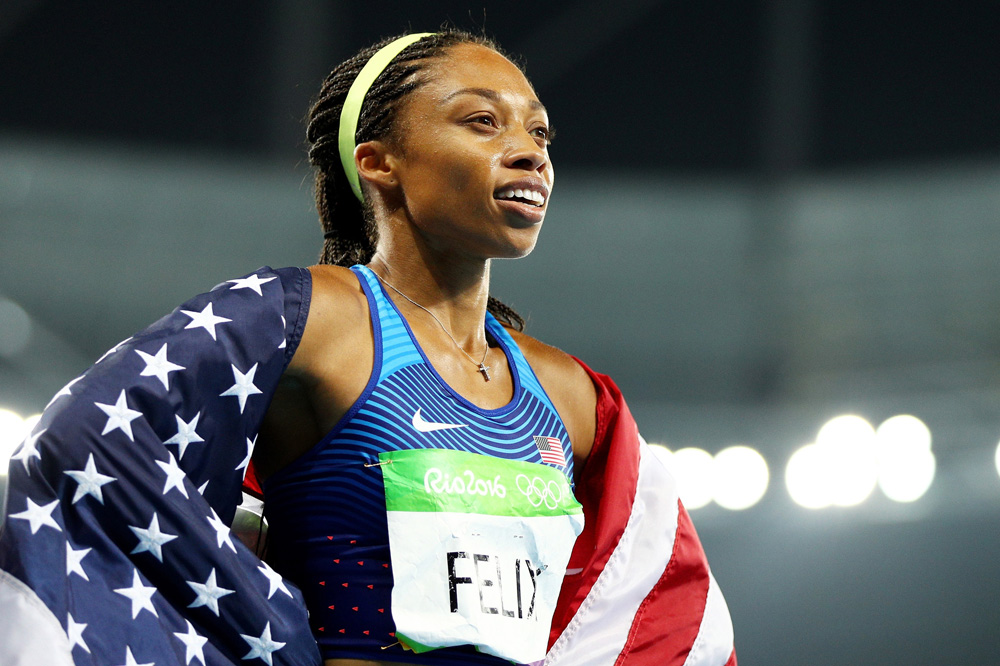 American sprinter Allyson Felix smashed the world record for the most gold medals at the track and field World Championships after winning her 12th gold during the recent 17th IAAF World Athletics Championships in Qatar. The Los Angeles native advanced past the tie she previously held with the legendary, now retired, Usain Bolt just 10 months after giving birth to daughter Carmyn by an emergency Caesarean section.

Felix, who is also the most decorated female track and field Olympian, with nine medals including six golds, earned her record-breaking gold medal for the 4x400m mixed relay. She then went on to add gold number 13 in the women’s 4x400m relay.

Thank you Doha for welcoming me back to the world stage & giving me so much motivation on the road to #Tokyo2020: @angeloszymaras

Talking about the monumental wins on Instagram, the “humbled” champion said, “Break Records. Break Stereotypes. Break Barriers. And do it like a girl. It’s never just you. You never achieve goals on your own, it takes support. It takes a team. Tonight, I celebrate this gold medal with my team. With a group of incredibly strong barrier breakers. A group of world changers.”

She has also said how special it was to have her little girl watching her historic win. The 4x400m mixed relay in Doha’s Khalifa International Stadium was Felix’s first win since welcoming Camryn. The baby was born at 32 weeks due to 33-year-old Felix suffering from pre-eclampsia, a potentially life-threatening condition for mother and baby.

WE’RE BETTER TOGETHER! • Who makes you better?? Tag your squad. We don’t do any of it alone and we’re so much better when we realize how loved and supported we are. • So grateful for my crew @supermanferg @pwesley22 @jkeliasson @joannadhayes #noIGbobbykersee

In July, Felix became Athleta’s first-ever sponsored athlete. The sprinter previously had a contract with Nike but broke the seven-year partnership due to the company’s maternity policies. As well as slamming the American multi-national in an op-ed, she joined other female runners to get the brand to adapt its policy so female athletes won't be "adversely impacted financially for pregnancy" for 18 months.