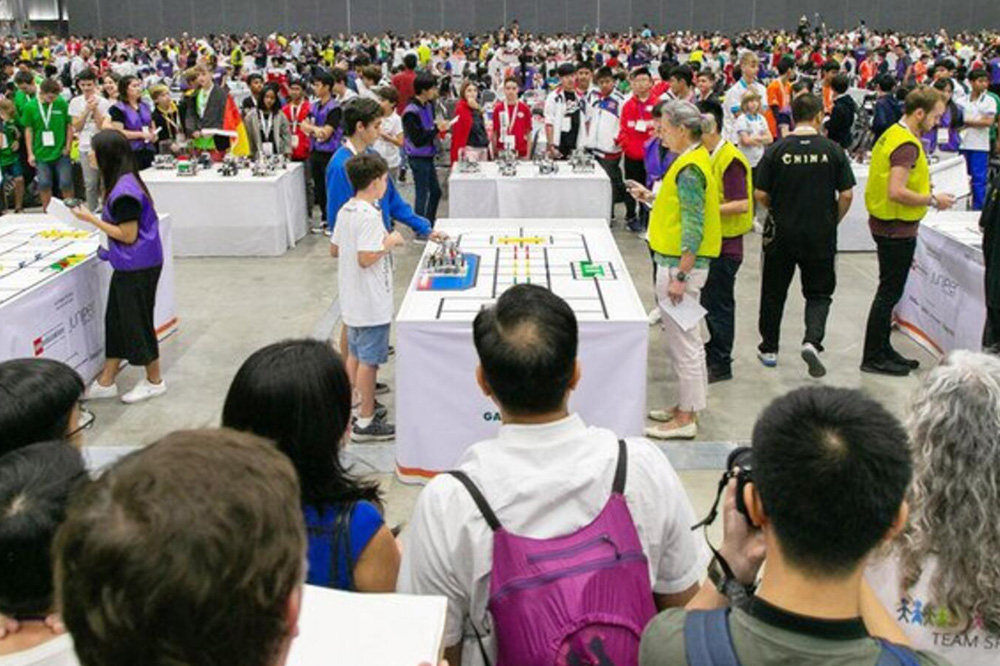 In recent years, the Kingdom of Saudi Arabia has been working towards diversifying its oil-heavy economy, focusing more on creating a knowledge-centric, digital-drive economy, as well as expediting efforts to stimulate a more innovative digital society. As part of its approach, it has been focusing heavily on robotics, so it may come as no surprise that this week, the Kingdom hosted the Saudi chapter of The World Robot Olympiad (WRO) in Riyadh, at the Prince Faisal bin Fahd Olympic Complex.

The year’s tournament theme is “SMART Cities,” and the Saudi leg of the event, which saw 300 participants compete in four categories and four age groups, was organized by Ministry of Communications and Information Technology (MCIT) in partnership with a number of public and private entities, such as the Saudi Ministry of Education, the Saudi Federation of Cyber Security and Programming, and King Abdul Aziz City for Science and Technology.

According to Saudi Arabian section of the competition’s website, WRO was established in 2004 and has organized tournaments in more than 60 countries. The international final in November is always hosted by a different country each year, with this 2019 edition scheduled for November 8 till 10 in Hungary. The World Robot Olympiad Association itself is a non-profit organization, which means all revenue from sponsorships and fees is invested in supporting and promoting robotics in STEM education worldwide.

Aside from encouraging its youth to pursue interests and careers in robotics and technology, Saudi Arabia has also been incorporating these approaches in a lot of its most recent development projects as well, such as NEOM, a business and industrial development project created as part of Vision 2030 and that has been envisioned as a mega-city set to transform the country’s economy through the use of innovative, futuristic, and sometimes even mind-boggling technologies. Indeed, according to recent articles by various international news, a few of the impressive proposed features at NEOM include: artificial clouds made possible using “cloud seeding" technology, robotic maids to handle housework, and even a Jurassic Park-like island filled with robotic dinosaurs that visitors and residents can mingle with.