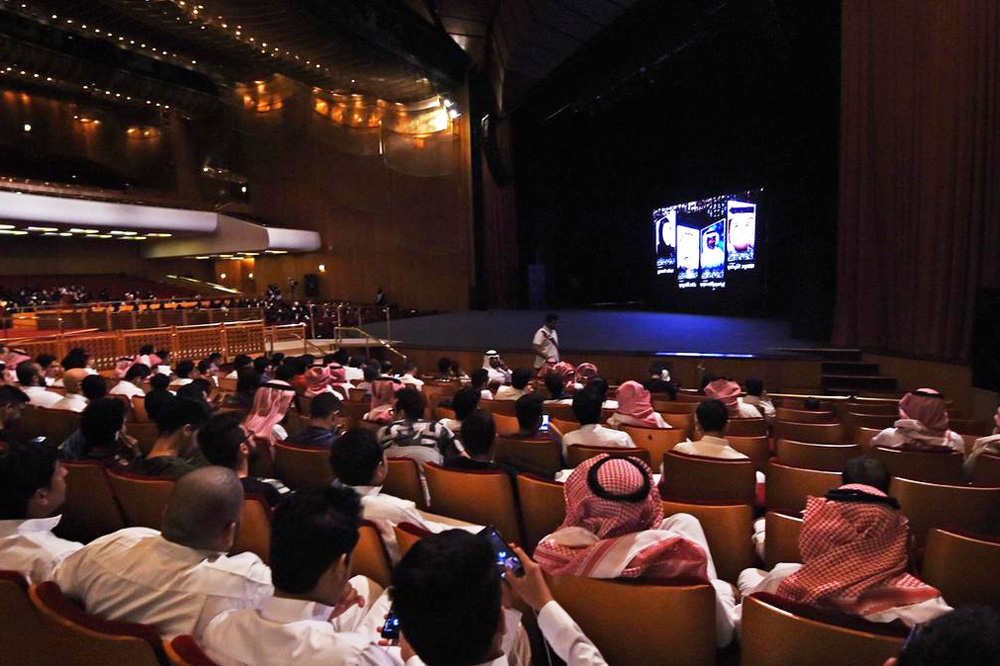 This week, Saudi Arabia showed how far it can take its generosity at home by giving away 1,500 cinema tickets to orphans, people with disabilities, and the family members of martyrs. According to Arab News, the General Commission for Audiovisual Media (GCAM) organized the event in which the recipients were gifted with the tickets as part of the Talahoum initiative, attended by both government and private entities.

Speaking at the event was the GCAM’s acting CEO Saud Al-Hazmi, who said the sizeable donation was made possible cooperation with VOX Cinemas, and that one-third of the 1,500 tickets were distributed by a representative of the Ministry of Labor and Social Development. He also took the opportunity to thank all parties involved for their participation and the collective effort that made the Talahoum initiative a success.

The donation of these tickets hold significance beyond simply charity as they are also symbolic of the last two years that have been marked by a transformative atmosphere in Saudi society. Saudi Arabia lifted the 35-year-old ban on public cinemas at the end of 2017, part of a series of social reforms by Crown Prince Mohammed Bin Salman. A report by PWC Middle East described this paradigm shift in Saudi society “as one of the most visible and impactful initiatives undertaken by the government in the Kingdom, unlocking an untapped and lucrative economic opportunity.”

Indeed, Dr Alawwad, Minister of Culture and Information and Chair of the Board of the GCAM, noted in an official statement at the time that this resolution “marks a watershed moment in the development of the cultural economy in the Kingdom […] Opening cinemas will act as a catalyst for economic growth and diversification; by developing the broader cultural sector we will create new employment and training opportunities, as well as enriching the Kingdom’s entertainment options.”