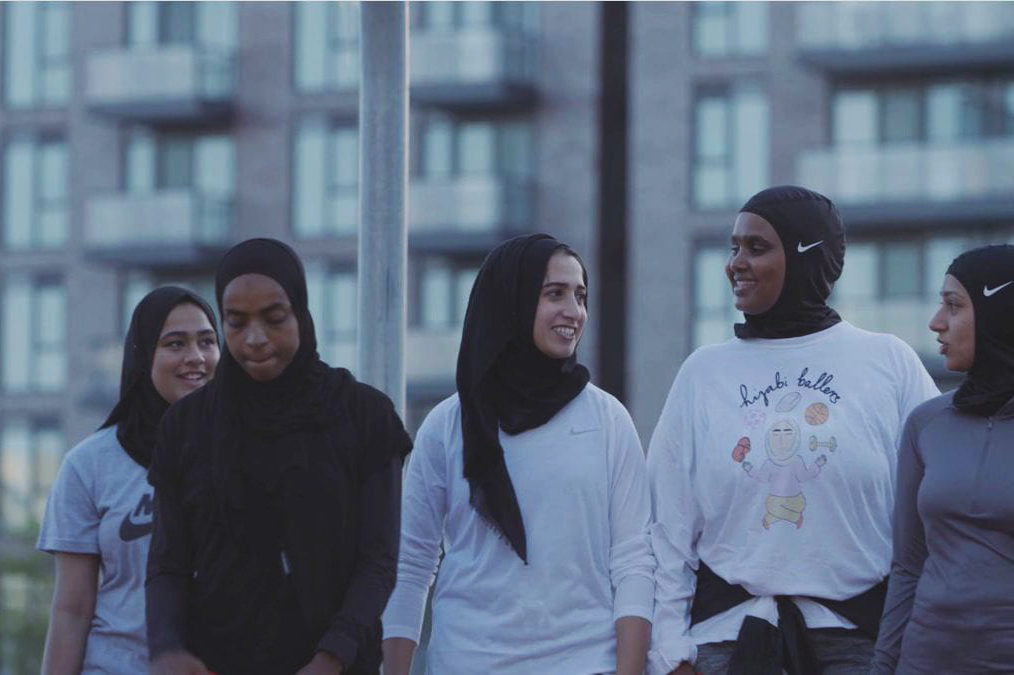 NBA Champions, the Toronto Raptors have just launched the first team-branded Nike Pro Hijab. The collaboration was inspired by a local community team, the Hijabi Ballers, and features a Raptors claw on one side and the Nike logo on the other.

Inspired by those brave enough to change the game.

The Raptors released a video in which their hijab was unveiled. The video shows Muslim women playing basketball, and was tweeted by the team’s official account, with the caption, “Inspired by those brave enough to change the game.” In the video, one of the women also states, “Growing up, I didn’t have so many role models that looked like me. It’s about Muslim females not having to give up their identity or feeling like they have to sacrifice some portion of their identity, but also still play whatever sport they want.”

We’re excited and humbled to partner with none other than the 2019 NBA Champions @raptors to present our mandate to the world — celebrating and increasing opportunities for Muslim girls and women in sport— as they launch the new Toronto Raptors @Nike Pro Hijab! Basketball is integral to our growing community in this cultural mosaic of a city. It allows us to come together and play, feel confident in our abilities and be celebrated for who we are . We couldn’t be more proud of our athletes and their contribution to changing the culture around sport in the city; and a huge THANK YOU to @raptors for recognizing that. #WeTheNorth . . #SheTheNorth . . #muslimwomeninsports #hijabiballers #muslimfemales #muslimathletes #muslimsoftoronto #torontomuslims #muslimleaders #hijabiathletes #hijabiathlete #torontoathletes #torontosports

These women are all part of the Hijabi Ballers. The team is based in Toronto and looks to encourage and promote Muslim women in the sporting industry. Taking to Instagram to announce the news of being featured in the Toronto Raptors’ collaborative campaign with Nike Pro Hijab, the Ballers captioned, “We’re excited and humbled to partner with none other than the 2019 NBA Champions @raptors to present our mandate to the world – celebrating and increasing opportunities for Muslim girls and women in sport – as they launch the new Toronto Raptors @Nike Pro Hijab!”