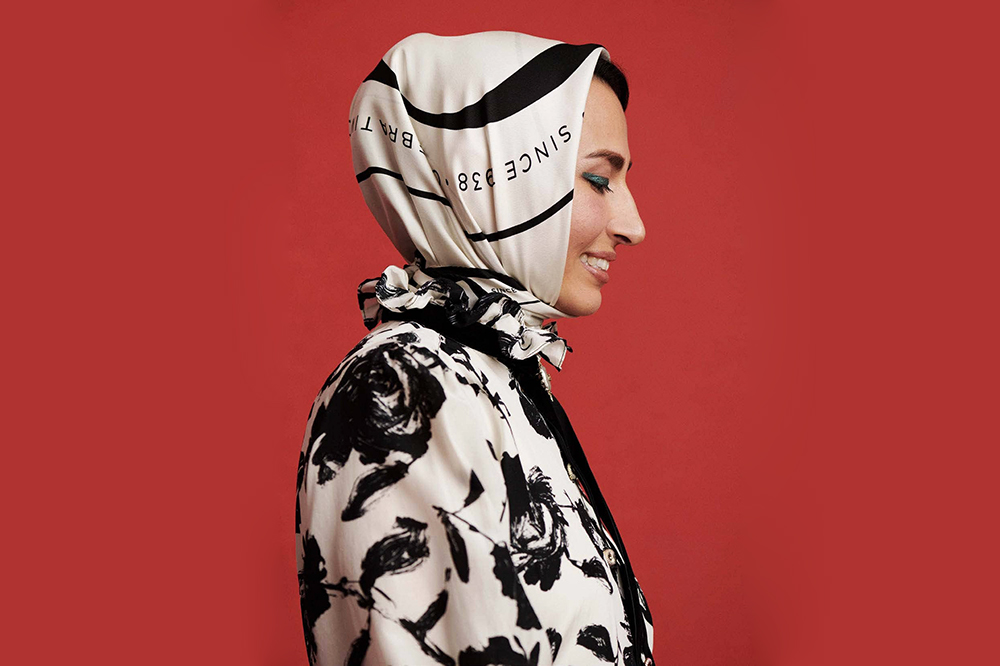 From modest fashion models such as Somali American Halima Arden to modest fashion bloggers such as Kuwaiti Ascia al Faraj, the world of fashion has been embracing a more modest style and clientele, with leading brands offering items and even entire lines designed for the more conservative of Muslim women across the globe. In this increasingly accepting atmosphere, the demand for modest, high-end fashion designs continues to rise, bringing out fresh new talent such as Afghan Australian Anjilla Seddeqi.

Seddeqi made her debut in March of this year, with a striking collection of colorful silk dresses and coats at Fashions of Multicultural Australia (FOMA), described by Harper’s Bazaar as “an exhibition and runway couture show that showcases indigenous, migrant and refugee designers” from countries such as Indonesia, Ireland, Kiribati, and Korea. However, before creating the feminine, sophisticated, and classic pieces she’s quickly becoming known for, Seddeqi’s journey to where she is today was an interesting one.

The joy of dressing is an art. JOHN GALLIANO Celebrating @anjillaseddeqi X @bazaaraustralia

She was born in Kabul, the capital city of Afghanistan, and then moved to Australia in 1989 with her immediate family towards the end of the Soviet-Afghan war. Seddeqi then got an international law degree from The University of Sydney and interned with the United Nations High Commissioner for Refugees (UNHCR) in the Australian city of Canberra. She spent her five years after graduating working with law firms, going to Australia’s Christmas Island to provide legal representation to asylum seekers who arrived by boat.

Harper’s Bazaar @bazaaraustralia September issue featuring Anjilla Seddeqi. I had the honour of being featured in Harper’s Bazaar, a mainstream and respected publication. I believe this feature serves a bigger purpose. It’s a beautiful message of inclusivity. As a Muslim woman and one who wears the hijab I rarely saw any representation of women who looked like me in a positive light in the media while I was growing up. We have come a long way. This feature is a credit to @kirstie_clements and the work that she does. And the important work that Charlotte @charlottesmithanthropologist and Sonia @fomaustralia at FOMA do by emphasising the importance of fashion in bringing about social cohesion. I hope that girls will see this and realise that they can achieve anything if they apply themselves. The sky’s the limit. Anjilla

Speaking to the magazine, Seddeqi explained how her experience as a legal representative was shocking and depressing, giving her a clearly understanding of what her own parents must have gone through to decide to leave their country for another. So, to distract her from the harrowing stories she was dealing with, she began creating designs for her own clothes. What began as a personal project soon blossomed into a career, one that has allowed her to make her mark in the world of modest fashion.