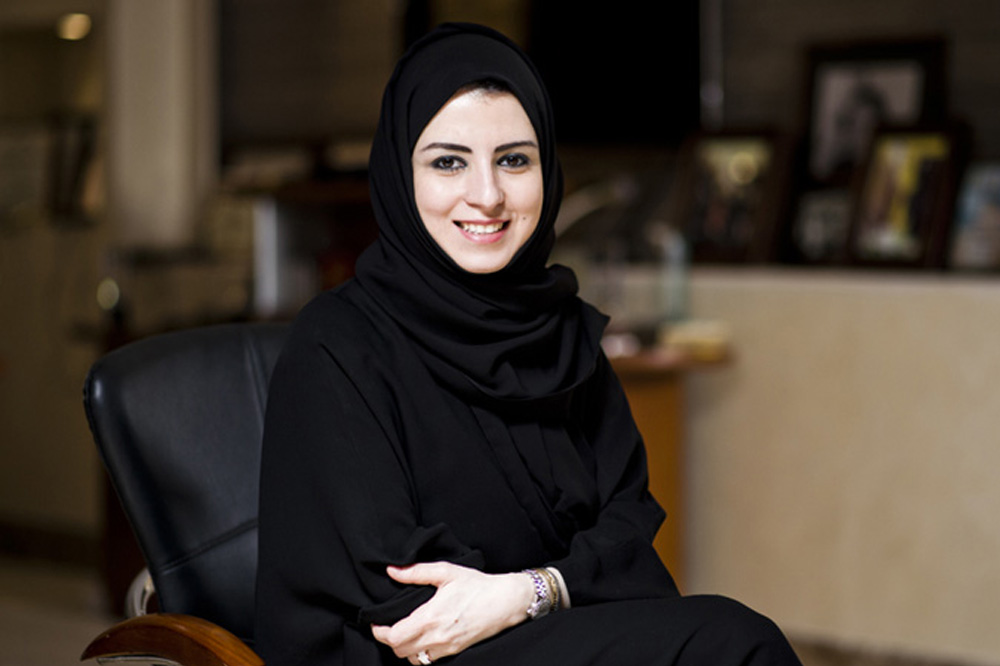 Saudi Arabian women have been making headlines and history over the past couple of years – but that’s not to say that they weren’t doing anything prior to the kingdom’s progressive changes to take steps toward gender equality.

It’s a known fact that Saudi women have been featured on Forbes’ prestigious lists in the past for their trailblazing career contributions to major international organizations, including Lubna Olayan, CEO of Olayan Financing and Nabilah Al Tunisi, Chief Engineer of Petrochemicals at Saudi Aramco.

Now, on Forbes’ most recent list, the US magazine highlights “Women Behind Middle Eastern Brands,” and in the list of 60, there are 6 groundbreaking Saudi Arabian women and their homegrown brands.

Shahd & Naeema AlShehail
Rank: 58
Shad and Naeema AlShehail are the women behind fashion brand Abadia; a Saudi brand that marries traditional craft with classic yet contemporary design. The brand looks to preserve the kingdom’s specialist crafts and joins forced with local artisans from across the country. The skills used to create Abadia’s garments have been passed down for generations and not only maintain sensibilities related to culture and heritage, but also keep artisans in business, creating a lifeline for them. 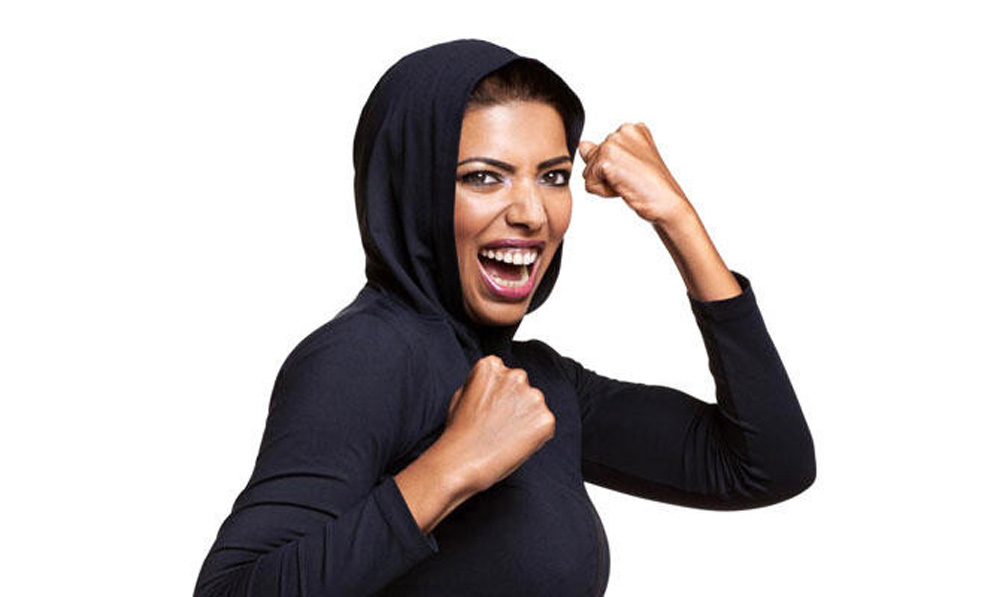 Fatima Batook is a Saudi women’s fitness trainer and clothing pioneer who has participated in international events including the World Spinning and Sports Conditioning Conference (WSSC). She is also a personal trainer, Yogafit instructor, TRX trainer and the first Piloxing instructor in the Middle East.

Batook is the woman behind Studio55 which is a women’s only gym that employs cross-training techniques.

Fatima prides herself on her passion to empower women to maintain a healthy mind and physique, and the success of her gym has led her to launch Saudi’s first ever homegrown sportswear label, TIMA. The brand looks to embody the perfect balance for Arab women specifically, in being both comfortable and modest. Fatima Batook said in a statement at the Women in Leadership Forum in Jeddah of the importance of exercise, “The woman was always in the driving seat in leading her own life. Sport gives clarity of mind and helps you to make positive decisions — finding ways to achieve whatever (you) aspire to do.” 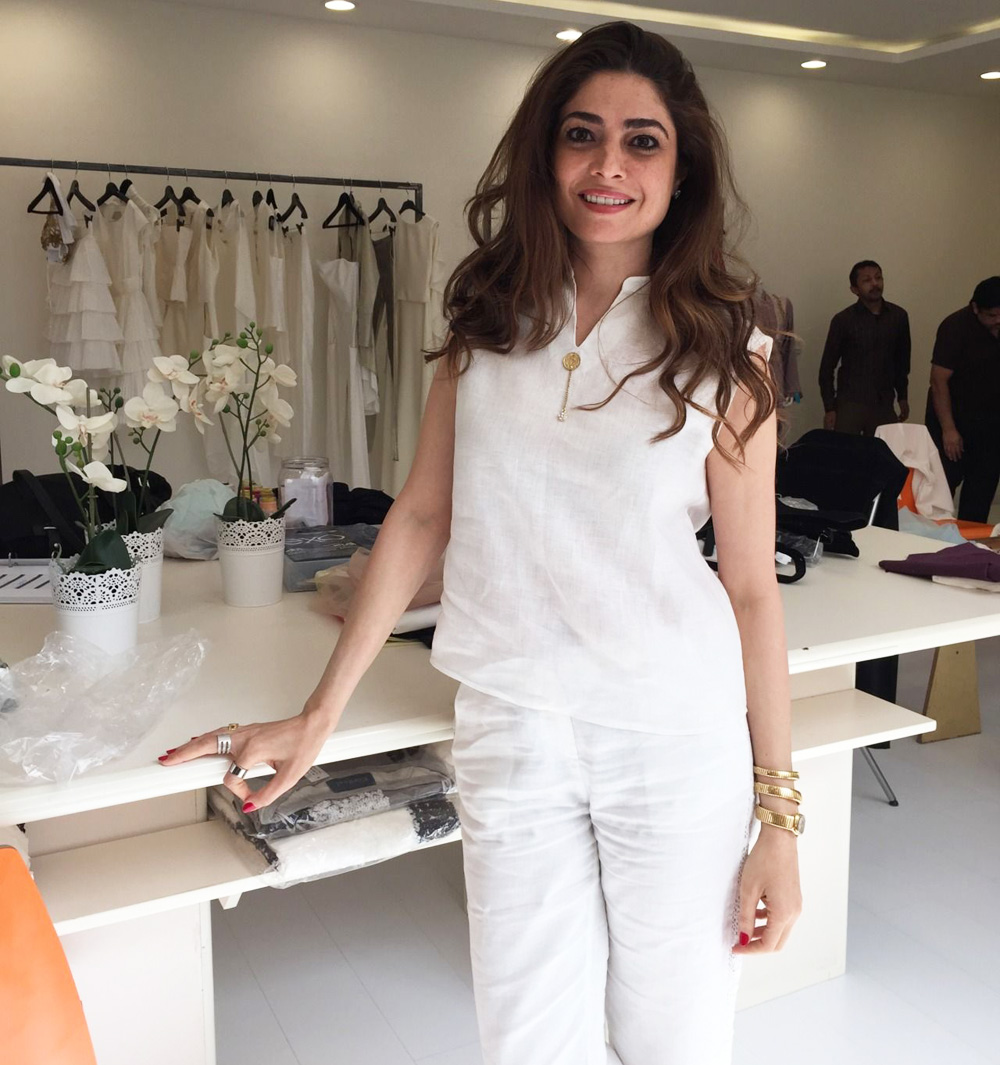 Honayda Serafi launched her eponymous womenswear label in 2017, and put culture at the forefront of her brand’s identity. Having developed her artistic edge from a young age, and with her mother being an art and fashion historian, she always maintained her love for the traditions and culture of Saudi Arabia – which is ever present in her fashion designs.

Inspired by women from folklore and in reality when it comes to her sought after collections, Honayda represents a modern Saudi woman: a mother, businesswoman, artist and designer with an affinity for her heritage. Serafi also embarks on philanthropic causes, giving back to society and inspiring the future generations to fulfil their dreams and gives lectures to women at a number of educational establishments. 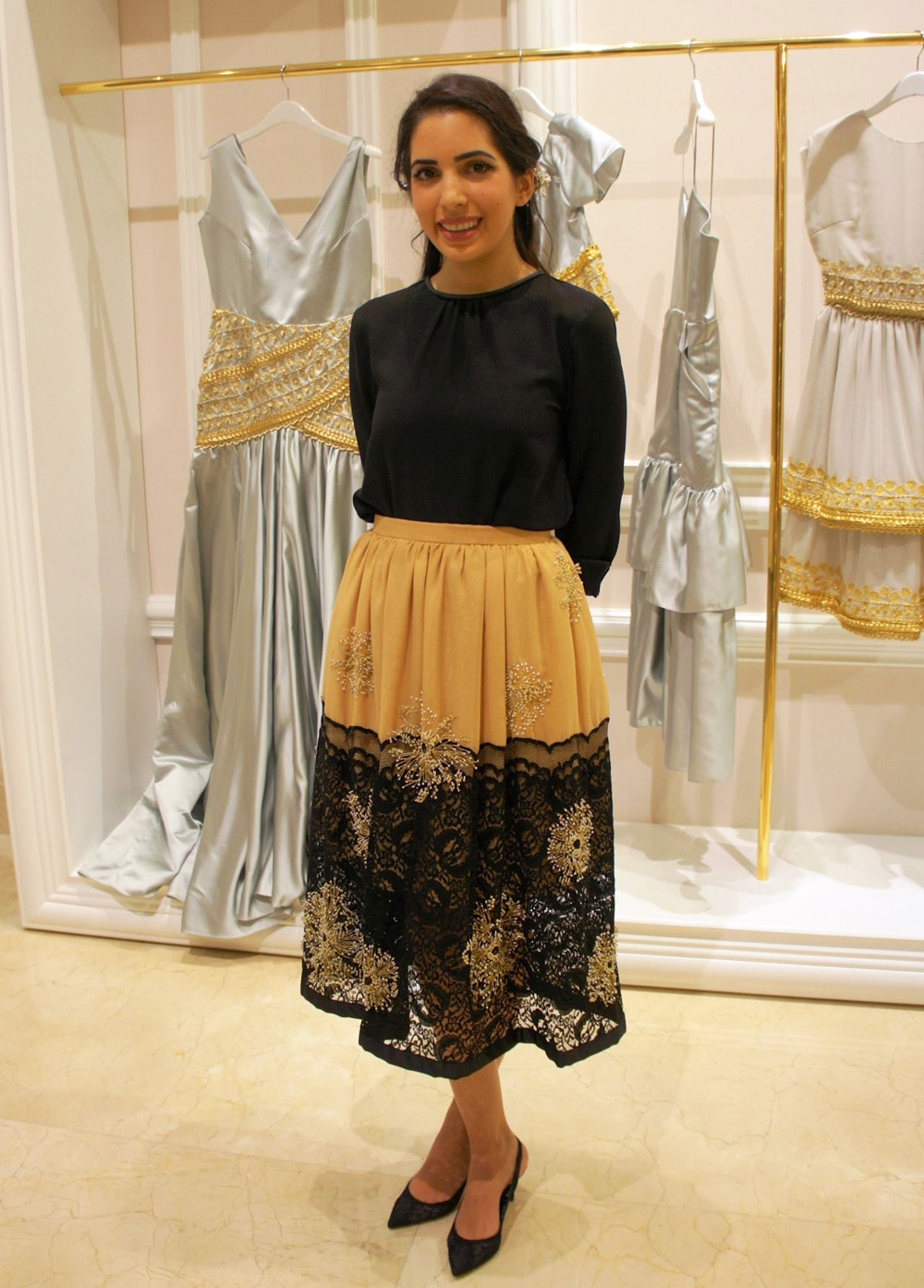 Born and raised in Saudi Arabia, Razan Alazzouni has ranked at 34 in Forbes’ Women Behind Middle Eastern Brands. Dedicating her life, post-graduation, to launch her very own clothing label and fashion, her eponymous label exudes “femininity, delicacy and grace of the female form.” Razan’s collections are contemporary, yet classic, detailed and meticulously crafted – representing a new wave of women in Saudi Arabia. In an interview with Sketchbook Magazine, Alazzouni spoke of her work and stated, “I think of my clothing as sculptures. I love playing with light and layering, beading and embroidery. I love the way they create reflections and give dimension to the clothing; it’s this play with light and depth that turn them into sculptural pieces that tell a story.”

Dana Al Alami
Rank: 29
Dana Al Alami Jewelry is revered in Saudi Arabia and across the Middle East as her high value pieces fetch millions of dollars in auctions. Dana Al Alami’s collection made headlines in 2015, when an auction was held in Dubai at which 130 rare jewelry creations by her, including, 20 necklace sets, 50 rings, 20 pairs of earrings, 20 bracelets, 10 pins and pendants, and 10 pearl creations, earned her $100 million USD.  Al Alami is also a gold factory member of the Committee of Traders of Precious Metals and Precious Stones in the Chamber of Commerce in Jeddah and a member of the National Committee of Precious Metals in the Council of Chambers.