Saudi’s Camel Festival Boosts Tourism in the City of Taif 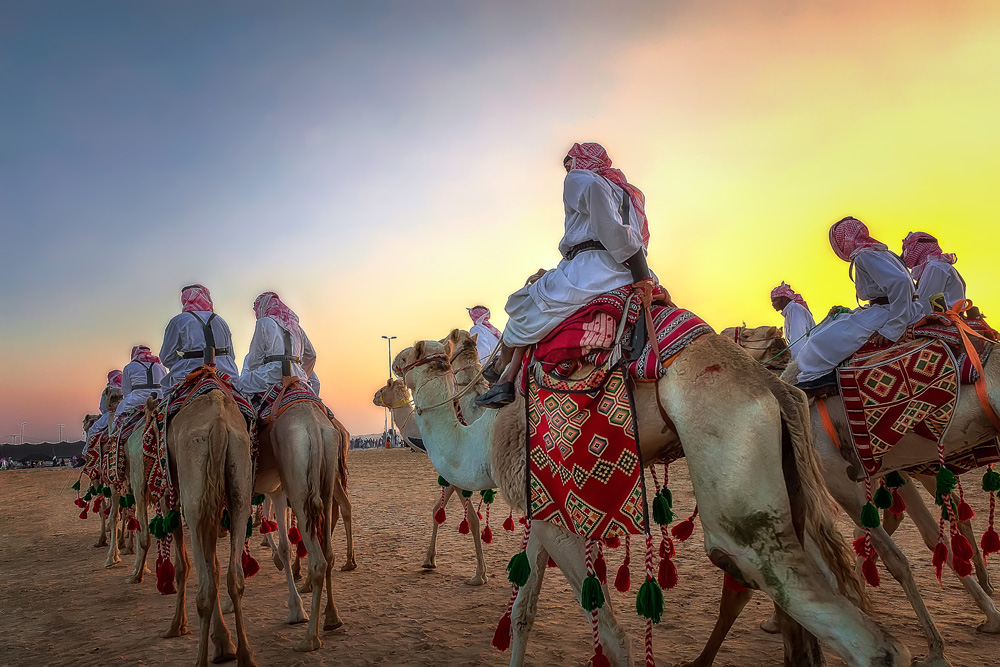 Home to the world’s biggest camel festival, the Saudi city of Taif has made a major contribution to the country’s tourism sector. The city will continue to host the Crown Prince Camel Festival until the 14th of September and has already drawn in a huge number of both domestic and international tourists.

The festival will see approximately 12,000 camels from the Middle East, compete for prizes worth $11million USD, across 439 competitive categories.

In the run up to the festival, the hosting city of Taif’s camel markets have seen a significant mark up on the price of camels. Camel owners have also made financial gains from taking part in races in order to showcase their most prized camels, as well as from selling camels and camel related produce.

The Crown Prince Camel Festival is backed by Saudi Crown Prince Mohammed bin Salman himself, and encourages the tradition and promotion of the significance of camels in Arab culture, whilst also contributing to the kingdom’s economy.

Saudi Arabia’s city of Taif was selected by the General Sports Authority, which is represented by the Saudi Camel Racing Federation, because it is home to one of the oldest camel fields in the Middle East. Not only does it have historical importance, Taif is also revered for its natural heritage sites, culture and heritage, adventure sports opportunities and perfect climate.

Taif is also home to over 400 mountain peaks that make the city’s landscape perfectly picturesque and a desired summer destination for many Arabs. Also home to the Okaz market, which has accessible links to Hajj routes, linking it to Mecca via the Al Hada Mountains, Taif is abuzz with activity and adventure.

The Taif rose, has been used as the symbol of the Crown Prince Camel Festival, which is one of the most significant locally cultivated products in the city. Taif produces over 470million roses every year, across 3000 farms, which are then sent to 36 factories in which traditional Arab perfumes are created – and this sector has promises of significant growth in the near future.