Meet Hadia Al-Minhali, an Emirati Diver Advocating for the Environment 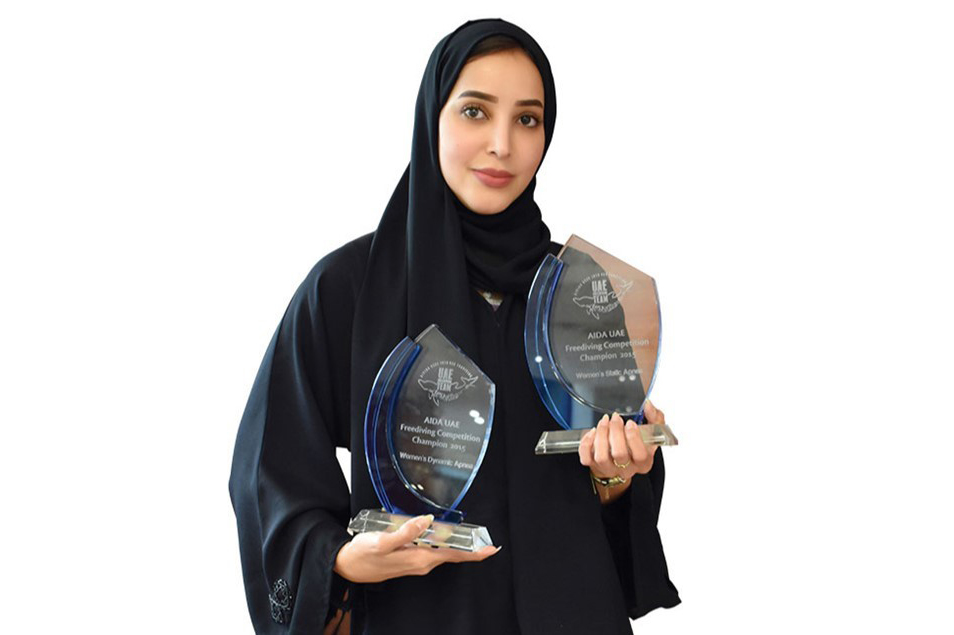 Hadia Al-Minhali has always been in love with the ocean, but her eternal passion fell for the depth of it, where she loved submerging herself in. She began to dive in search of an unknown world’s adventure, however, she surfaced with the goal to protect and care for that unknown.

Al-Minhali’s love for diving was then accompanied by an important undertaking, a goal to contribute to the protection of the marine environment. She says she learned from the sea the art of patience, wisdom and poise, and here she talks about her unique experience, and how it came to be transformed into a life-long mission.

About Hadia’s Diving Journey
“My 5-year journey into the world of deep-sea diving has made me one of the first Emirati women in this field,” Al-Minhali said. “When I was a 10-year-old girl, I never thought that the sea, with its waves and its neighborhoods, would be my friend. It has become the place where I embrace the happiest moments of my life.”

Though she now is synonymous with the ocean, it hasn’t always been this way for her. Al-Minhali explains, “I had a strong desire to get closer to the sea, however my first encounters weren’t that pleasant. After I had a drowning incident, I became paralyzed with fear every time I saw waves crashing, which made it most difficult experience in my life.” What had helped her the most during this harrowing experience, was her mother’s motivation and her refusal of the fact that her daughter was to remain captive by a treacherous obsession. Al-Minhali with the help of her mother decided one day to challenge herself and overcome her fear, and she threw herself in the sea.

Although Hadia had conquered a fear, her daily dives are not void of any danger. Al-Minhali talks about one incident in which she was faced with certain peril: “During my participation in one of the night diving experiments, I was using a flashlight to observe some marine creatures in silence. My face suddenly stuck to one of the mollusks. I fainted afterwards and luckily enough my coach was there to help me out of the water. I suffered from a high temperature for several days.”

“The depths carry a lot of risky situations, so there is a sign language that must be learned by all who practice this hobby. There are signs drawn by the diver using his/her hand that indicate a decrease in the air meter, and another in which the diver asks another someone to shadow him/her in the depths. There are all sorts of warning signs to be learned in case of any danger.” 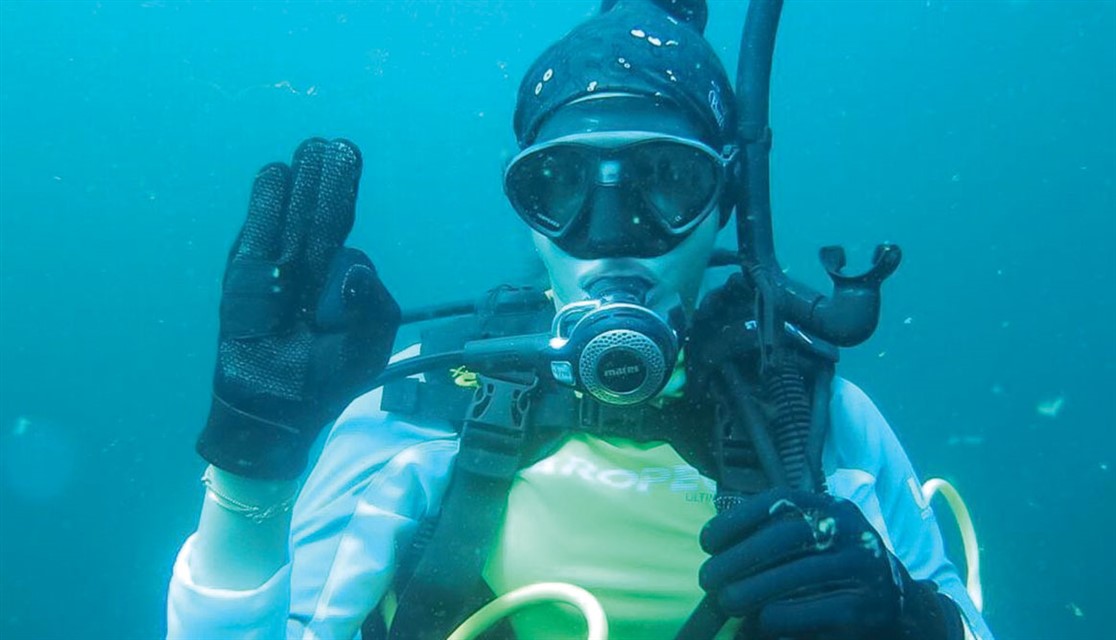 “I started to learn scuba diving, and gradually I was able to acquire several skills in a record period. I became attached to this hobby to the point where it became a world I don't want to get out of,” she said. Al Minhali was keen on regular training, which exceeded four days a week, and often in the water bodies in Abu Dhabi, as well as some private pools. In time, she was able to learn the sport, and soon obtained a license enabling her to practice free and normal diving.

While some people in the UAE weren’t so keen on accepting a girl storming the field of diving, Al-Minhali explained that she did not pay attention to the exclamation of people who describe diving as not suitable for women. She believes that her skills make her distinguished, and she will achieve more feats, as long as she believes in herself and has the encouragement of her family.

Al-Minhali stresses that her passion for diving, and her desire to continue was an incentive. She learned the arts of time management, and soon learned how to properly divide her time between her job and training during the weekday. The diver points out that her hobby’s ultimate goal was to undergo a national and environmental mission and that is what made her more motivated. Raising environmental awareness through the campaigns led by the 7 Emirates Diving Team, she joined a group of young people and dove 30 meters underwater to clean the marine environment and preserve its aquatic life. Since then, this has been at the top of her priority list.