Jungle Cry: Why Emily Shah Is the Emerging Actress To Watch 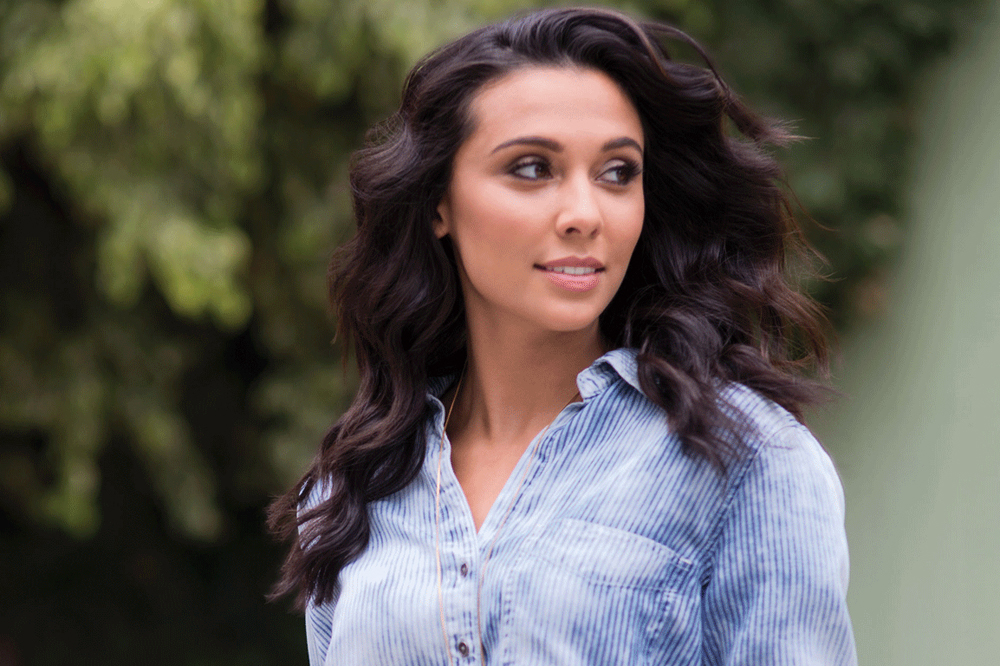 Emily Shah is a 24-year-old Chicago born, New Jersey raised, Indian American film actress, and the daughter of a renowned film director who has worked on both Hollywood and Bollywood productions, but that’s not exactly what has led her to her big break.

Starring in a soon to be released international movie, Jungle Cry, the young actress has a resume to be reckoned with. Shah is trained in a variety of dance styles, can play the drums and violin, and even attended the American Repertory Ballet and Princeton Ballet School, where she trained in ballet, tap, jazz, and hip hop dancing and that’s not all. She has also made her mark in history as the youngest contestant in the Miss New Jersey pageant, which she won in 2014, but she was also the very first Indian American to participate in the Miss USA pageant.

Growing up on the sets of her father’s films, it’s no surprise that the film industry would be one she would take the most interest in joining. She found her passion in both production and acting, and trained at some of the best film schools, including Lee Strasberg's Institute of Film and Theater in New York and Los Angeles, New York Film Academy, and Weist-Barron.

The UNICEF ambassador and actress is now to be featured in a film that made its international debut at Cannes Film Festival, in a true story about a team of young rugby players who grow up in a slum in India and make global headlines as they win the 2007 Rugby Nations Cup in England.

Emily Shah’s role in the film was one that was specifically written into the script for her after writers realized that there was a lack of female presence in the narrative and AboutHer.com wanted to find out more.

Emily, you have quite the arts background, from beauty pageants to assisting on film sets with some of Hollywood's biggest stars alongside your father, and now acting. What spurned your desire to act and take on the world of Bollywood?
Bollywood is a part of my upbringing and culture so it was second nature to work alongside a powerhouse of a cast and crew from Bollywood. Being able to create a film that could relate to people who watch Bollywood and Hollywood is something I have always dreamed of. Jungle Cry is an international film certified by the British Film institute so I am thrilled to be a part of a global feature film.

Is acting and being in front of the camera something you had always envisioned yourself doing or was it something you just happened to fall into?
I always knew as a kid that I took a great interest in entertaining people, whether it was playing music, dancing, acting. I always wanted to perform in some capacity. Acting was one avenue that I was the most passionate about so it became my main focus as I grew up. In hindsight, I don't think I could've loved any other career path like I do as an actress. It makes me feel empowered to be able to bring a character to life and to have an audience feel or connect to that.

In your latest movie Jungle Cry, you play a female lead. Tell us more about your role and what made you want to take it on.
The film was so male driven that it made me realize the femininity and gentle yet powerful role of a woman figure was missing. When the director and producers added my character to the film, I knew it was a story that I had to be a part of. Of course it is an incredibly inspiring story about the boys, the institute and the coaches, but the sports physio brings so much light and love to the film. I am eager to learn how the audience will connect with my role.

The movie is based on a true story, how did you prepare for your role to ensure your character portrayal was as authentic as possible?
My character was actually written into the script and as the story needed a feminine touch that was compassionate towards her team of boys but strong and resilient against the competition and other men in the sports world who try to undermine and belittle. However, I did shadow another rugby physic of Indian descent who studied and worked in the UK. She taught me the ropes of sports medicine from terms, to taping, to stretching. I learned it all.

The film industry is often said to be a male dominated one, as a young, upcoming actress, how do you assert yourself in such environments?
I believe that we live in a time where the tables are turning quite swiftly and the entertainment industry is becoming more inclusive. I have always kept my boundaries and my standards, and I always will. I think it is important for every woman in any industry to do so and to never let anyone, man or woman, shake her of her powers, talents, and dignity. I know women in this industry are standing their ground more than ever and I couldn't be more proud than to witness and be a part this movement and rise in equality.

Graduating is all fun and games until everyone asks what you’re going to do with your life now. BUT FAM WE MADE IT #CalStateGrad #CaliforniaStateUniversityNorthridge #MediaManagement

Who have been the women that have inspired you in your journey so far?
My grandmother was always a huge inspiration for me. She was extremely resilient and not much could break her down. She survived cancer 4 times and she taught me to be as tough as possible with a kind heart which is something I will always carry with me. Mindy Kaling has been an inspiring woman in the industry whom I can relate to. She embraces her heritage and never lets that interfere or limit the content she is able to produce, act, write, and direct.

As a woman now making waves in both the west and South Asia in film and entertainment, what empowers you and motivates you?
We live in a very unique time where the world is embracing people of multicultural backgrounds, especially in entertainment. Seeing more women who look like me or even mixed kids on my screens, fires my motivation. Every time I watch a film or show that has a character who looks like me or whose background I can relate to, it fuels me to want to work harder and better my craft.

What’s next in the pipeline for you? Anything you can share with us?
There are a few scripts that I am looking over at the moment that involve an international story.

Lastly, what are your top 3 favorite films of all time?
1- Shawshank Redemption
2- The Dark Knight
3- The Jungle Book