Princess Reema, Saudi Arabia’s Ambassador to the US, Meets Donald Trump at the White House 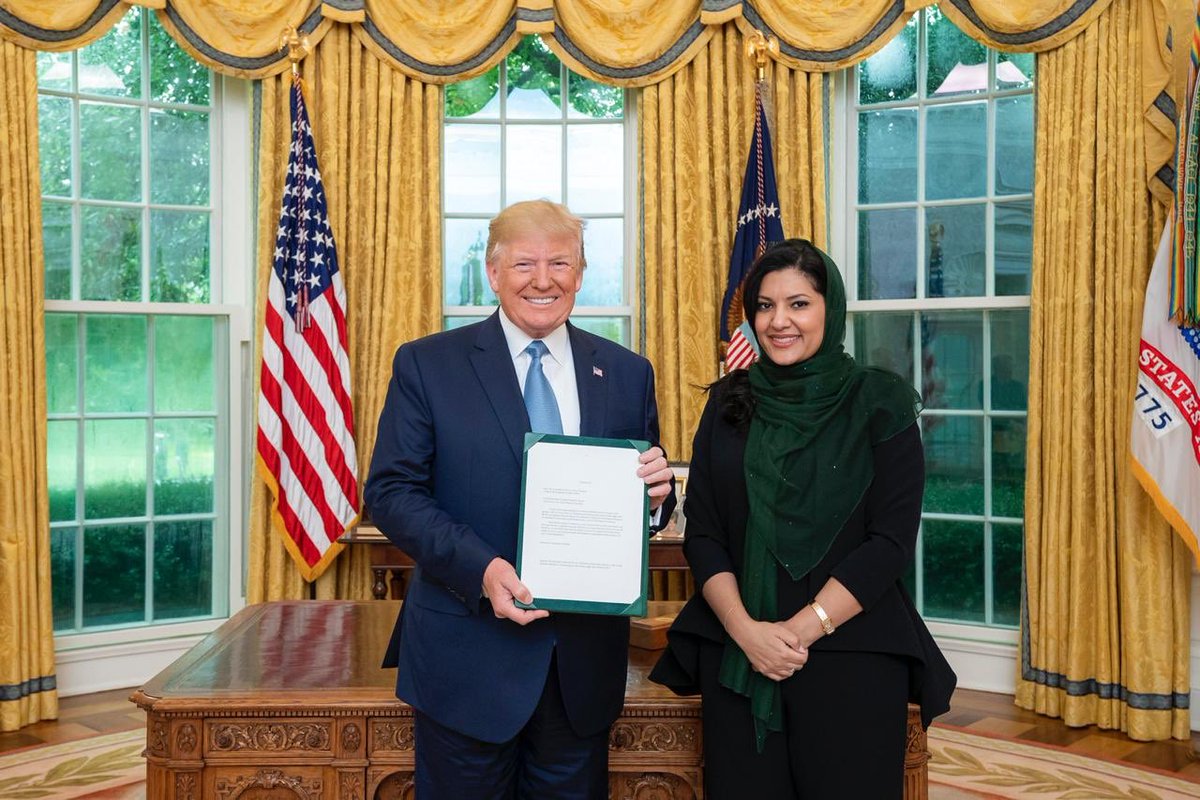 Earlier this year, on the 23rd of February, it was announced that Princess Reema Bint Bandar would become the first Saudi Arabian woman to be appointed Ambassador to the United States. Last week, the 44-year-old diplomat arrived in Washington, DC to officially begin her mission as the 11th Ambassador of the Kingdom to the US since 1945. One week on, Princess Reema has met with President Donald Trump and presented her credentials as Saudi Arabia’s top diplomat in Washington.

Thank you very much @SecPompeo. Saudi-US relations are a cornerstone of global stability, and I look forward to working with you on overcoming mutual challenges and strengthening our historical partnership for the benefit of both our nations. https://t.co/ILVHiEyTbI

The tweet was accompanied by a photo of HRH standing next to a smiling President Trump. The US Secretary of State Mike Pompeo also congratulated the ambassador on being the first female Saudi ambassador to the US, as reported by Kuwait News Agency (KUNA). Pompeo said in a tweet: "I look forward to working with you in your new role as Ambassador to the US as we build upon the strong US-Saudi partnership and tackle shared challenges."

According to an official statement to SPA, Princess Reema described Saudi-American relations as historic and strategic, based on close cooperation and common interests. She also “affirmed her keenness to exert all efforts to enhance cooperation between the two allied countries in all fields.” Princess Reema began her assignment last week with a meeting with US Assistant Secretary of State for Near Eastern Affairs David Schenker, as reported by Gulf News. The two discussed issues of mutual interest and ways of boosting ties between both nations.

Princess Reema, who is a George Washington University graduate, expressed shared news of her move to Washington last week in a tweet that read: “Honoured to present my credentials today to State Department. Looking forward to starting this chapter of my life in Washington DC. the journey begins with a wonderful team @SaudiEmbassyUSA.”