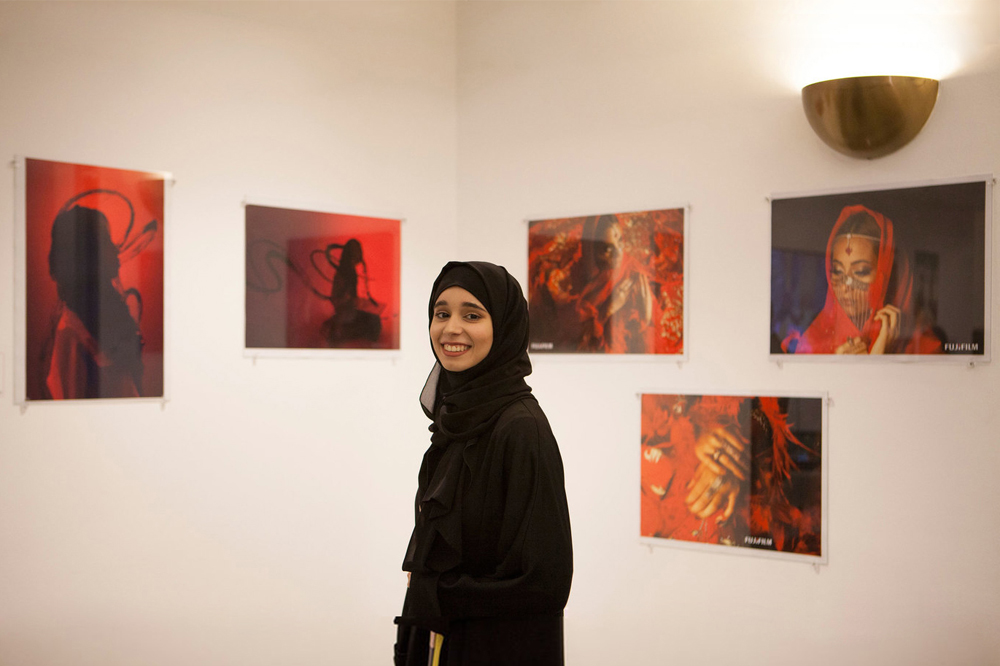 The exhibition, focusing on artistic talents from the kingdom, featured Al-Ardeh Al-Najdiyah, a Saudi folk dance on opening night, as well as a display for less abled artists.

The Saudi Art Exhibition’s main objective is to shine a light on the kingdom’s culture, using photography and art from the region. The exhibit itself was organized by the Saudi Student Club at Pace University in New York, in collaboration with Saudi Signatures, which is a charitable organization that offers support to Saudi artists and highlights the Arab country’s rich heritage and culture.

Al Subiani explained that the art initiative in collaboration with Saudi Signatures, was set up to share the kingdom’s cultural heritage and culture with America, in order to help break down stereotypes.

The CEO of Saudi Signatures, Dr. Mariam Al-Issa, also stated that they chose to participate in the exhibition in order to encourage and back Saudi Arabia’s wealth of scholarly and cultural attributes.