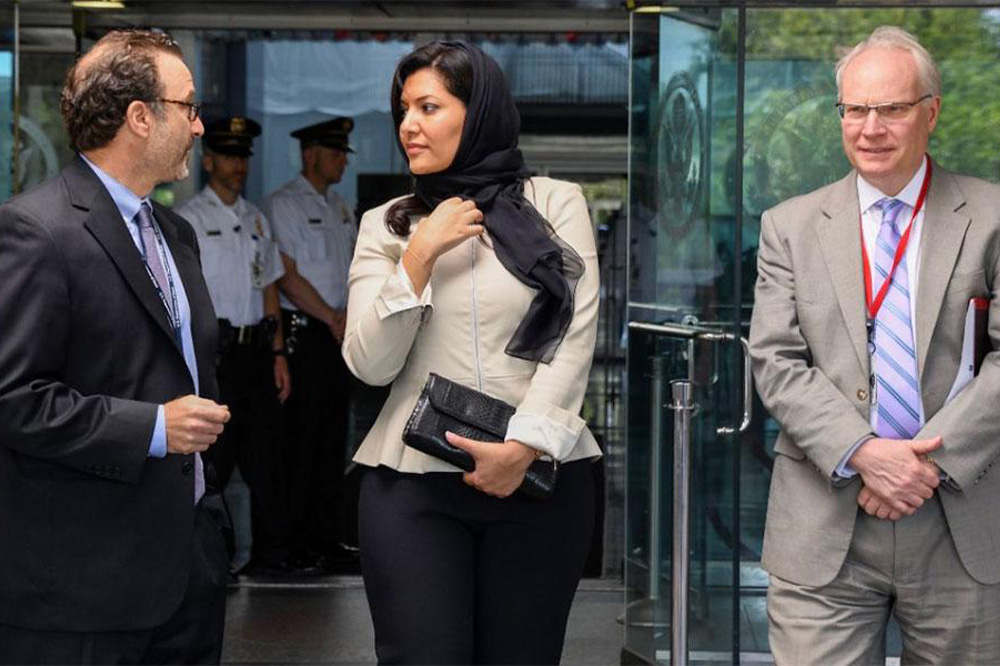 On February 23, 2019, Princess Reema Bint Bandar became the first Saudi Arabian woman to be appointed Ambassador to the United States, a milestone for the Kingdom and its women. Two months later, Princess Reema was sworn in, taking an oath in front of King Salman in Riyadh, and this week, she arrived in Washington, DC to officially begin her mission as the 11th Ambassador of Saudi Arabia to the US since 1945.

In a statement regarding Princess Reema’s post, spokesperson for the Saudi embassy in Washington, Fahad Nazer, said, “Princess Reema will immediately begin her mission to strengthen the historic partnership between Saudi Arabia and the United States […] The Ambassador will bring a fresh perspective on a rapidly changing Saudi Arabia to Washington, continuing to build on key areas of cooperation between our two countries.”

According to various news sources, the royal presented a copy of her credentials earlier this week to the State Department. She also shared news with her followers online in a tweet that read: “Honoured to present my credentials today to State Department. Looking forward to starting this chapter of my life in Washington DC. the journey begins with a wonderful team @SaudiEmbassyUSA.”

Princess Reema began her assignment in Washington with a meeting with US Assistant Secretary of State for Near Eastern Affairs David Schenker, as reported by Gulf News. The two discussed issues of mutual interest and ways of boosting ties between both nations.

Honored to present my credentials today to @StateDept. Looking forward to starting this chapter of my life in Washington DC the journey begins with a wonderful team @SaudiEmbassyUSA

This key appointment for Princess Reema is not the first time she has been exposed to US politics and diplomacy. The royal is the daughter of a former longtime ambassador to the US, Prince Bandar bin Sultan, and is one of the grandchildren of King Abdulaziz, the founder of Saudi Arabia. In addition, Princess Reema has been a leading advocate of female empowerment in Saudi Arabia, and has held a number of positions that have allowed her to make a real impact in the lives of Saudi women.

Prior to being ambassador, she has had the title of entrepreneur, philanthropist, and head of a Saudi sports federation under her belt. She was named President of the Saudi Federation for Community Sports in extensive changes in the Olympic Committee and sports federations in October 2017, making her the first woman to hold the post.