His fascinating aerial shots of different areas around Lebanon, including little known havens, have helped his Instagram page gain loads of traction. 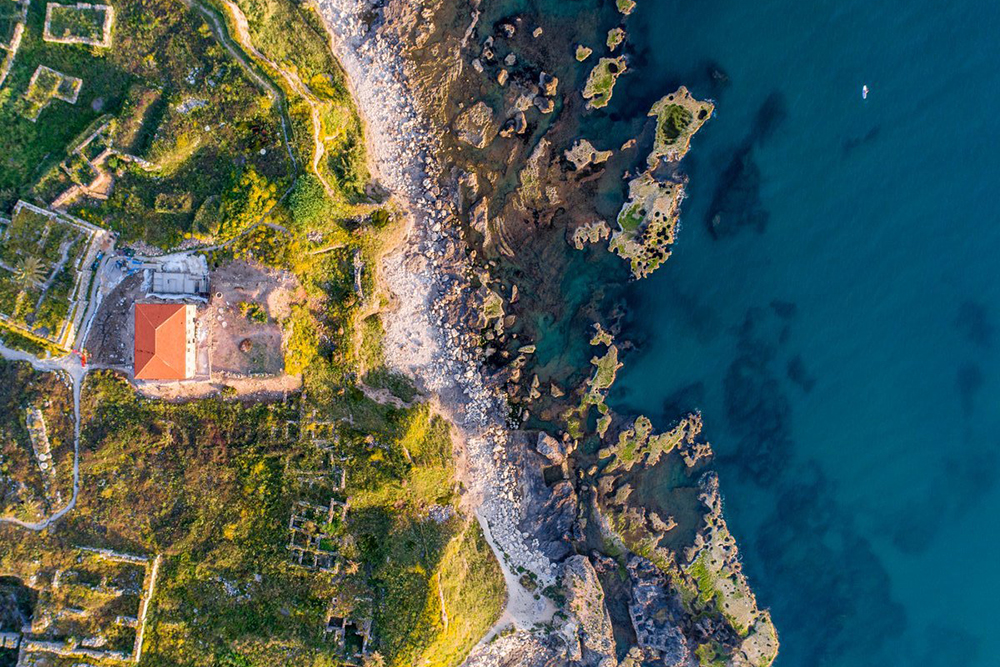 With its many hidden gems and perpetual contradictions, Lebanon is a treasure trove for photographers like Rami Rizk. The aerial photographer’s Instagram page is chock-full of breathtaking photos of his home country after he spent 2018 roaming around it to create a photo series called Lebanon like never seen before. The amazing shots showcase the country’s different stunning landscapes, which include mountains, valleys and forests.

“I decided to capture the beauty of every place I visited, not only to satisfy my hobby, but also to highlight the hidden landmarks for the locals, with the dream of reaching the world,” 29-year-old Rizk told "MailOnline Travel."

He’s also on a quest to change perceptions about Lebanon and show that despite being a Middle Eastern nation, there isn’t a single desert photo opportunity. In an interview with The 961, Rizk said he learned about drone technology on YouTube and most of his photos are “captured using the latest DJI Phantom technology, the Phantom 4 Pro.” His photography hobby took off thanks to the incredible scenery surrounding Jezzine, where he was born and raised.

And It doesn’t come as a surprise that his work includes a stunning photo of a cascading waterfall found in the 'City of Falls.’ His love for photography was also fostered by his fascination for discovering new places. “It is thanks to these two factors that I began to visit the various places you can see in my photographs," he told The 961.

Travelling across Lebanon, he has captured some incredible shots of lush greenery and autumn foliage found in places like Al Shouf Cedars Nature Reserve, Bkâssîne, Horsch Beirut and Laqlouq, which operates as a ski resort in the winter. Whether it’s at night, with lights twinkling, or the top of a ski run on a gloriously sunny day, another ski resort, Faraya Mzaar is featured as well.

Plus, of course, there are jaw-dropping photos of the rugged coastline found around the country that is surrounded by the eastern shore of the Mediterranean Sea, including some popular bathing spots in the north like Anfeh and the beautiful bay surrounding Jounieh, where Rizk has also lived.

The gifted photographer has also made sure to include some of the 10,452 square kilometre- nation’s most spectacular religious sites. He has snapped the statue of St Charbel, the biggest in Lebanon, Our Lady of Lebanon in Harissa and the famous Mohammed Al Amine Mosque found in Downtown Beirut.

As well as being a reference point for co-existence, Lebanon is where the traditional and modern are juxtaposed too. So Rizk has also focused on some of the roughly rectangular shaped nation’s outstanding buildings and architecture. His photos include some of the cosy, picturesque villages and towns with time-honoured terracotta roof houses, incredible modern buildings in the heart of Beirut and architectural treasures in Tyre, a southern tourist destination.